Takata doesn’t need any more bad press…after a disastrous airbag recall that pretty much affected most major automotive manufacturers, it’s a miracle that the company hasn’t gone under already. But just as the airbag recalls were fading out of the limelight, word is coming out that the U.S. Department of Justice is bringing a case against a Takata executive for allegedly conspiring to fix the price of seat belts that were sold to several auto manufacturers.

The executive, Hiromu Usuda, is accused of “conspiring to rig bids for, and to fix, stabilize and maintain the prices of, seat belts” that were sold to Toyota, Honda, Mazda, Nissan, and Subaru between 2005 and 2011. This isn’t the first time Takata has been under the Department of Justice’s gun, having already paid out over $71.3 million dollars for anti-trust violations that were related to seat belts in 2013. Whether Usuda will actually face trial will be another matter, however: Japan does not have a jail sentence for price fixing, and has refused to extradite any of the 20 or so indicted executives that have already fled the U.S.

From the Department of Justice’s press release:

The indictment alleges, among other things, that from at least Jan. 1, 2005, through at least February 2011, Usuda and others attended meetings with co-conspirators and reached collusive agreements to rig bids, allocate the supply and fix the prices of seatbelts sold to the automobile manufacturers. It alleges that Usuda participated directly in the conspiratorial conduct and that he directed, authorized and consented to his subordinates’ participation.

Takata is a Tokyo-based manufacturer of automotive parts, including seatbelts. Takata supplies automotive parts to automobile manufacturers in the United States, in part, through its U.S. subsidiary, TK Holdings Inc., located in Auburn Hills, Michigan. Takata pleaded guilty on Dec. 5, 2013, for its involvement in the conspiracy, and was sentenced to pay a criminal fine of $71.3 million. Four other executives from Takata have pleaded guilty, have been sentenced to serve time in a U.S. prison and to pay criminal fines for their roles in the conspiracy.

Including Usuda, 50 individuals have been charged in the government’s ongoing investigation into price fixing and bid rigging in the auto parts industry. Additionally, 32 companies have pleaded guilty or agreed to plead guilty and have agreed to pay a total of more than $2.4 billion in fines. 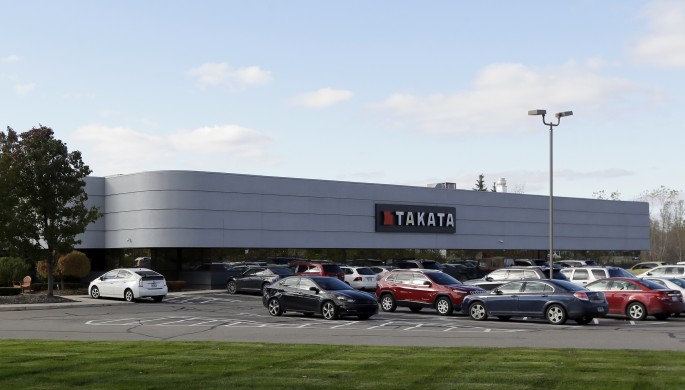 BangShift Project Files: Making a 1962 Falcon Into A Hard-Charger On A $5,000 Budget Forget Caption This, Someone Explain This Impala/Sierra Trar To Us, Please!