A Gift For Chad: This Holden Campervan Is A Factory-Built RV Conversion!

May 04, 2018Bryan McTaggartVideosComments Off on A Gift For Chad: This Holden Campervan Is A Factory-Built RV Conversion! 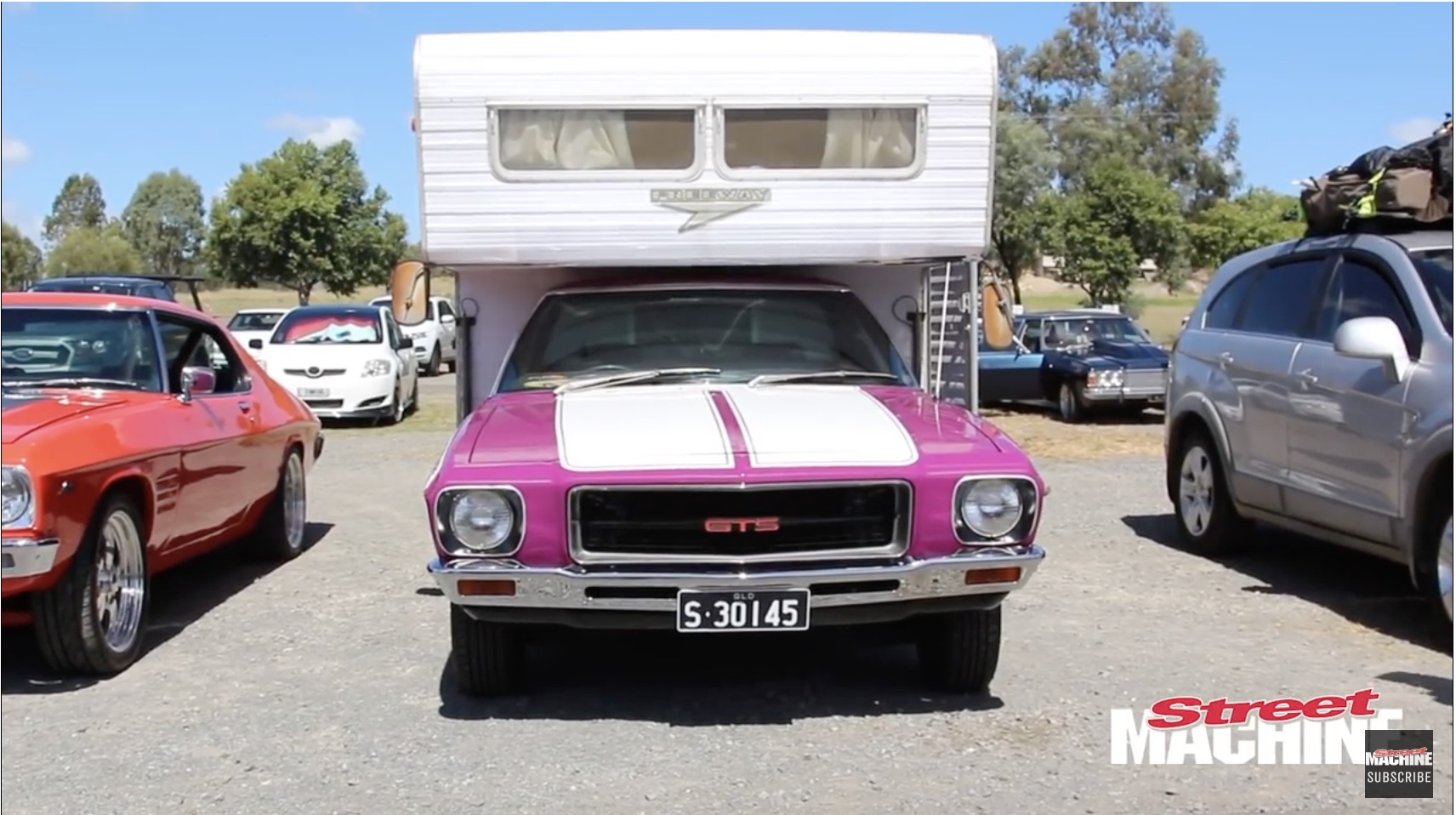 As I’m typing this out, Chad is on his way to LS Fest West, where he’ll be spending a few days drowning in all things late-model GM. He’ll be in heaven, for sure, but unless some freak shows up with something we haven’t gotten wind of yet, the likelihood that Chad’s RV fetish is going to be messed with during his stay in Vegas this time will be minimal at best. And that’s a shame…we three all have our various kinks that the others make fun of, and Chad’s RV deal is one that we don’t hit often enough. So, let’s change that today, shall we? What you are looking at is a Holden Campervan…a combination of a One Tonner (flatbed ute) and what almost looks like a slide-in camper that you’d see over here, mated together. This one isn’t LS-powered…instead a Holden 308ci V8 is doing the work of dragging around the home away from home. But it’s GM and whatever is powering it, it’s pretty damn cool. No, no Monaro GTS was harmed in the making of this…it’s a factory deal and the original nose that would’ve been on this One Tonner is…well, let’s be kind and call it unsightly. Party up front, crash-pad out back, all self-contained and fully legal to be out on the roads. We bet that your El Camino or Ranchero can’t do this!