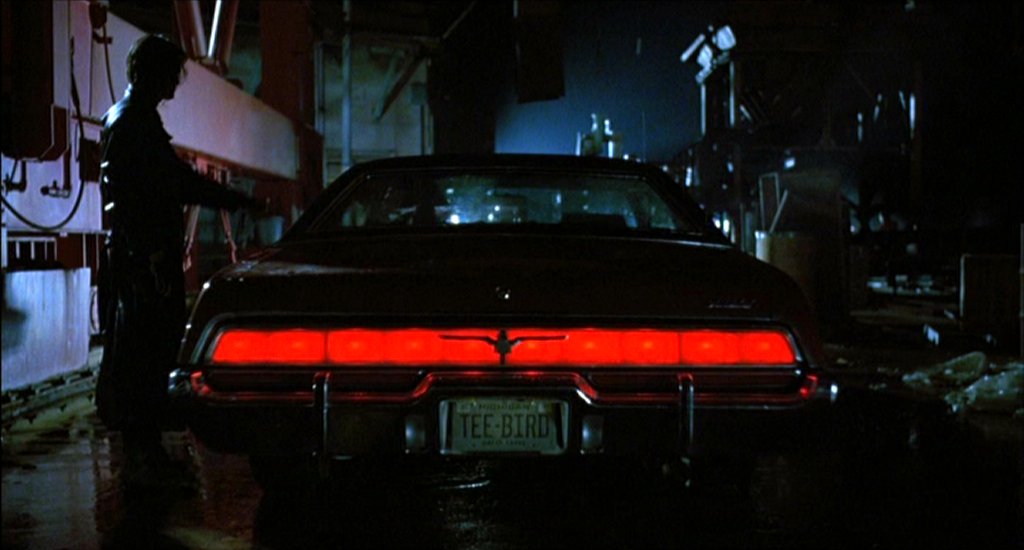 1994’s “The Crow” might have the most connections to Halloween right after “Christine”. Take your pick: the dark storyline, the death of Eric Draven and his girlfriend Shelly on Devil’s Night, the night before Halloween, the spiritual meaning of the crow, represented best as the Swedish folklore of the bird representing the soul of a murdered man, a story about absolute vengeance. In 1994, it seemed that this was the movie to see, with a substantial bit of the fame coming via the accidental death of Brandon Lee on set during filming. James O’Barr’s 1989 comic translated beautifully to film, without some of the cheesiness that the movie “Sin City” had. You weren’t just in a fantasy land, you were in the best representation of the extreme darkside of Detroit.

For car geeks, The Crow offers up one of the biggest sleepers in the movie world: the low-level dreg T-bird’s 1973 Ford Thunderbird, complete with blower motor and underglow. From the moment I saw the film, I wanted this car badly. The dark red color and the glow of the one-year-only full-width taillight cut a very sinister profile in the always-night scene. There wasn’t much to see of the Thunderbird in the movie, but when Eric Draven finally gets his cold, dead hands on T-bird, the end result was the only acceptable answer.

LANGUAGE WARNING: The Crow was R-rated, and so is the language in the video.