The Cold, Hard No: Watch As This Rockbouncer Rolls Back To The Bottom Of The Hill

Jan 02, 2018Bryan McTaggartBangShift XL, CRASH & BURN, Videos, XL VideosComments Off on The Cold, Hard No: Watch As This Rockbouncer Rolls Back To The Bottom Of The Hill 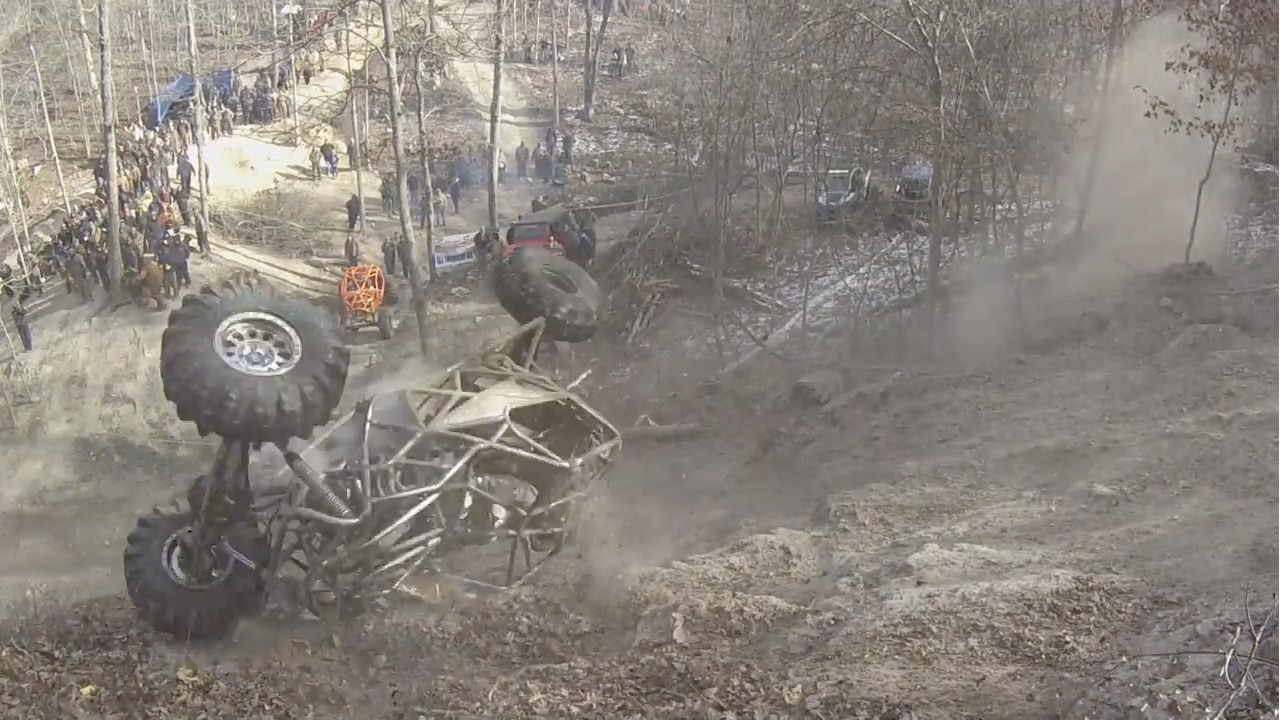 Being told “no” sucks. It’s one of the first things you learn as a child and it sticks with you as you grow up and grow old. No, you can’t have another piece of candy. No, you can’t blast your music that loud. No, you aren’t going to borrow the car. No, you can’t stay up until three in the morning playing video games with your buddies. No, no, no. “Not right now” means that the timing was wrong…try again later and you stand a chance. “No” is a slammed door, the hard shutdown, cold and firm.

Cold and firm is also the best way to describe the conditions at Moonlight Offroad in Missouri right about now. Urban Hillbilly Video was there shooting the New Year’s Eve Bash and got some wild clips from the hillclimb event. The driver, Jake Pike, was trying everything in his bag of tricks to get to the crest of the hill, but when 14 degree temperatures have worked to turn the hill into a firm, frozen slope of nope, sometimes even your best just isn’t good enough. Every impact on the way back down is like another “no”…thanks for playing, better luck next time!