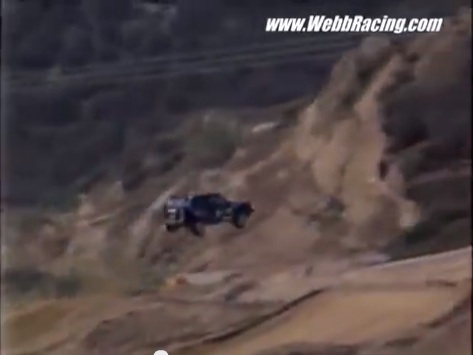 Yes, that 1988 Mazda 323GTX is really as high up in the air as it appears. Yes, it crashed back to Earth, and yes, it hurt. This footage was taken at the 1993 Fenceline III SCCA Pro Rallysprint in Glen Helen, California, where driver Mitch McCullough and co-driver Scott Web were running the all-wheel-drive Mazda. It had been prepared and built by Bill Morton in New Zealand and featured the suspension out of a Mazda WRC car, so durability at a rally was no big deal. However, what happened in Glen Helen would test the limits of any car.

After walking the track, McCullough noticed the jump and deduced that the Mazda could take it flat out. Big mistake…the Glen Helen course was meant for dirt bikes and dune buggies, not a ‘roided-up hot hatch. In Mike’s own words: “As we approached the jump, I lifted off the throttle where most people had been braking. We were doing about 65 mph. A cry crackled in my intercom: “Oh shit!” I stepped on the throttle again as we crested the top of the jump, thinking that would keep the nose up.” 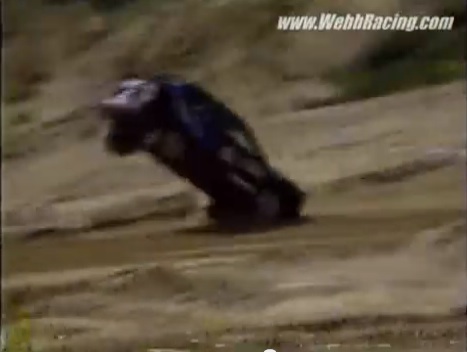 Nope. The 323 did fly pretty well, with witnesses claiming at least twelve feet of altitude, before stuffing the front bumper into terra firm with a decidedly ungraceful “thud”. Both men were transported to the hospital, suffering from strained necks, torn ligaments and muscles, bruising, and in Webb’s case, a ton of dental work needed as when his chin hit his chest, the enamel of his molars shattered. Normally, that’s when you take a breather, recuperate, and try again next year, but the Mazda and Webb’s teeth were repaired, and the duo won driver and co-driver Rookie of the Year and the California Rally Series 4WD title that year. Nice!