Jul 27, 2020Bryan McTaggartVideosComments Off on Czechmate: Jay Leno Shows Off His 1938 Tatra T87 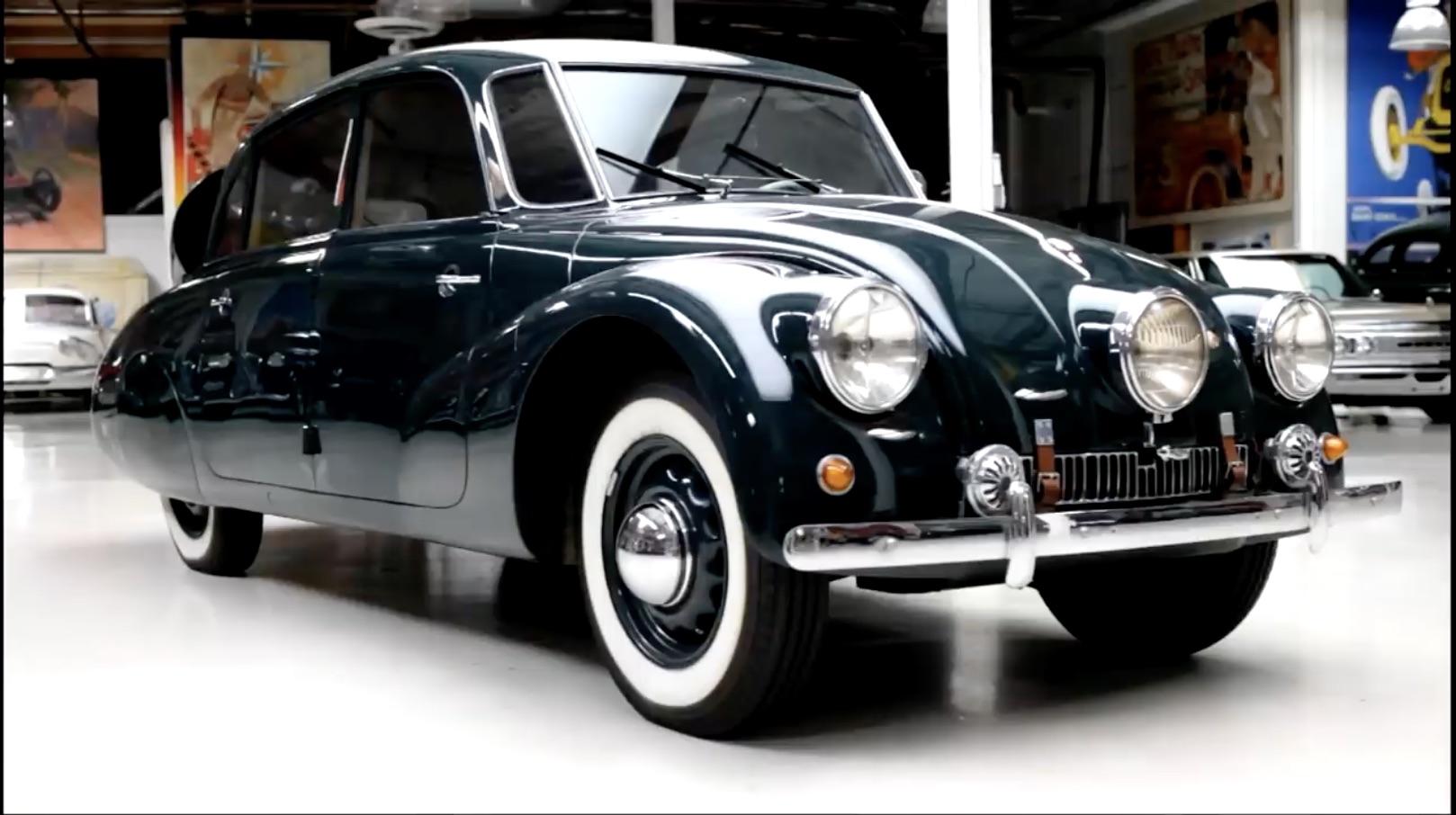 If you go to the Lane Motor Museum in Nashville, you will find one of, if not the largest cache of Tatra automobiles in the United States. Name it, they’ve got it: a T-815 rollback truck, a T-75 from the early 1930s, a T-700 from the mid-1990s just before the company pulled the plug on passenger car production, over twenty for sure. It was my introduction to the Czechoslovakian marque, a relative unknown to most Westerners, famous for their air-cooled V8s mounted in the rear of the car. Jay Leno rode in one of the Lane’s Tatras when he was picked up from the airport and was so impressed with the car that he bought one himself.

Leno will dive into the details of the car, but let’s point out one that is notable: the car’s coefficient of drag. A Tatra 87 has a drag coefficient of 0.36, which matches a mid-1990s Chevrolet Monte Carlo, which is an aerodynamic bar of soap with wheels. The Tatra has that late 1930s Art Deco style going for itself, but it’s sloping rear and that odd shark-fin treatment on the tail wasn’t by accident. Paul Jaray, the man who designed the Graf Zeppelin dirigibles, is the man who designed the T87, and the car’s aerodynamics and power had a bit of an infamous note in history. Check out the story by hitting play below:

This WWII Video That Shows B-29 Bomber Crewman Inspecting Their Badly Damaged Plane After Returning To Base Is Amazing Historical Footage: 1983 NHRA World Finals At OCIR Courtesy Of Diamond P!