The Final Word: Take A Quick Look At The Art Of The Crash Barrier

Oct 20, 2020Bryan McTaggartCRASH & BURN, VideosComments Off on The Final Word: Take A Quick Look At The Art Of The Crash Barrier 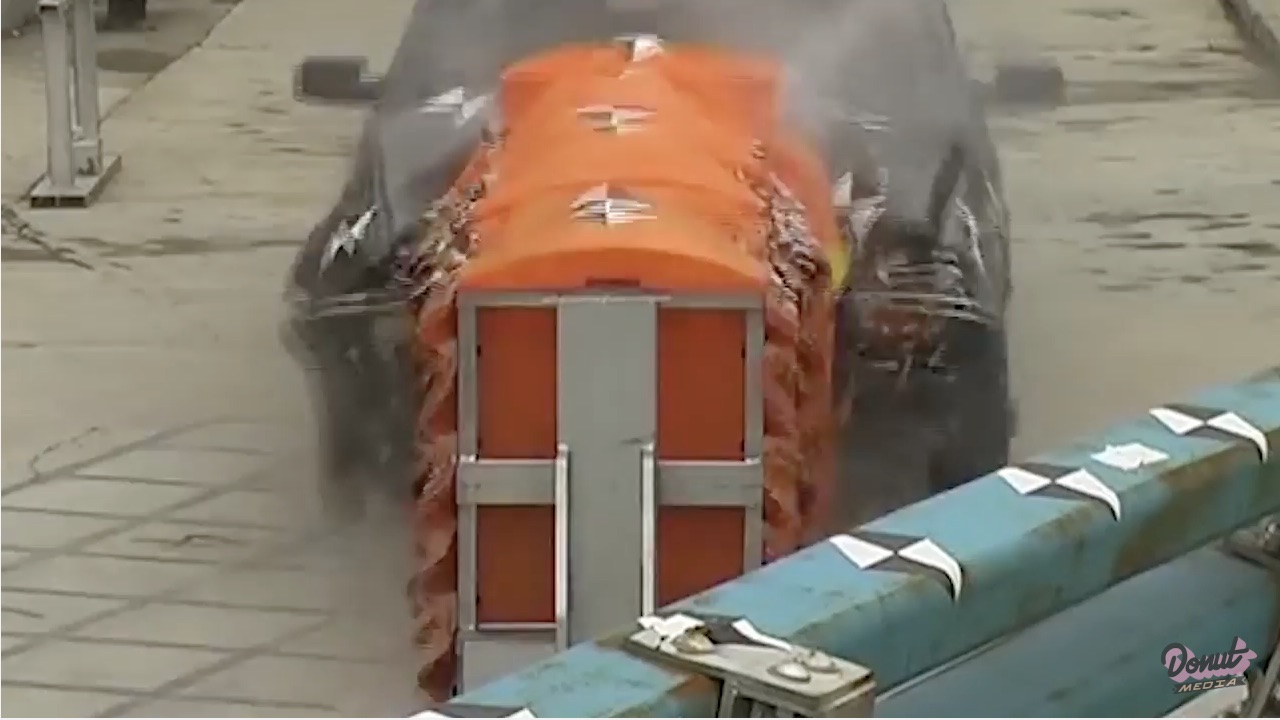 Nobody ever wants to have to have the opportunity to thank a crash barrier for doing it’s job…because if that has occurred, it’s already a pretty messed-up day. When control is lost, the best option is to control and stop the situation, not to allow tons of steel and glass to continue bouncing around, much to the peril of other drivers, or worse, escape the bullring and go crashing through anything that has structural integrity that’s less than a granite rock. The 1955 LeMans disaster is a good lesson on why crash barriers need to exist. The same can be said for every last metal bollard, every wrought-iron gate, and every construction divider ever laid out on the roadway during that hot weather season that causes orange cones to randomly bloom. Let’s be honest…if you’ve been driving longer than a week, chances are good that you’ve seen a situation or five that has caused you to relish the idea of having a gigantic block of concrete between you and the other lane. We can speak from experience, having seen a Suburban parked on top of a Jersey barrier, rear axle first, butted up against the light pole, or when a car hydroplaned, hooked hard left and was stopped dead in it’s tracks thanks to a row of concrete walls. In civilian use or on the track, the barrier is usually an afterthought to most people, but in the grand scheme of things it deserves some recognition.

Right before driving a truck straight into it.