Morning Symphony: Playing In The Dirt With Some Neat Toys 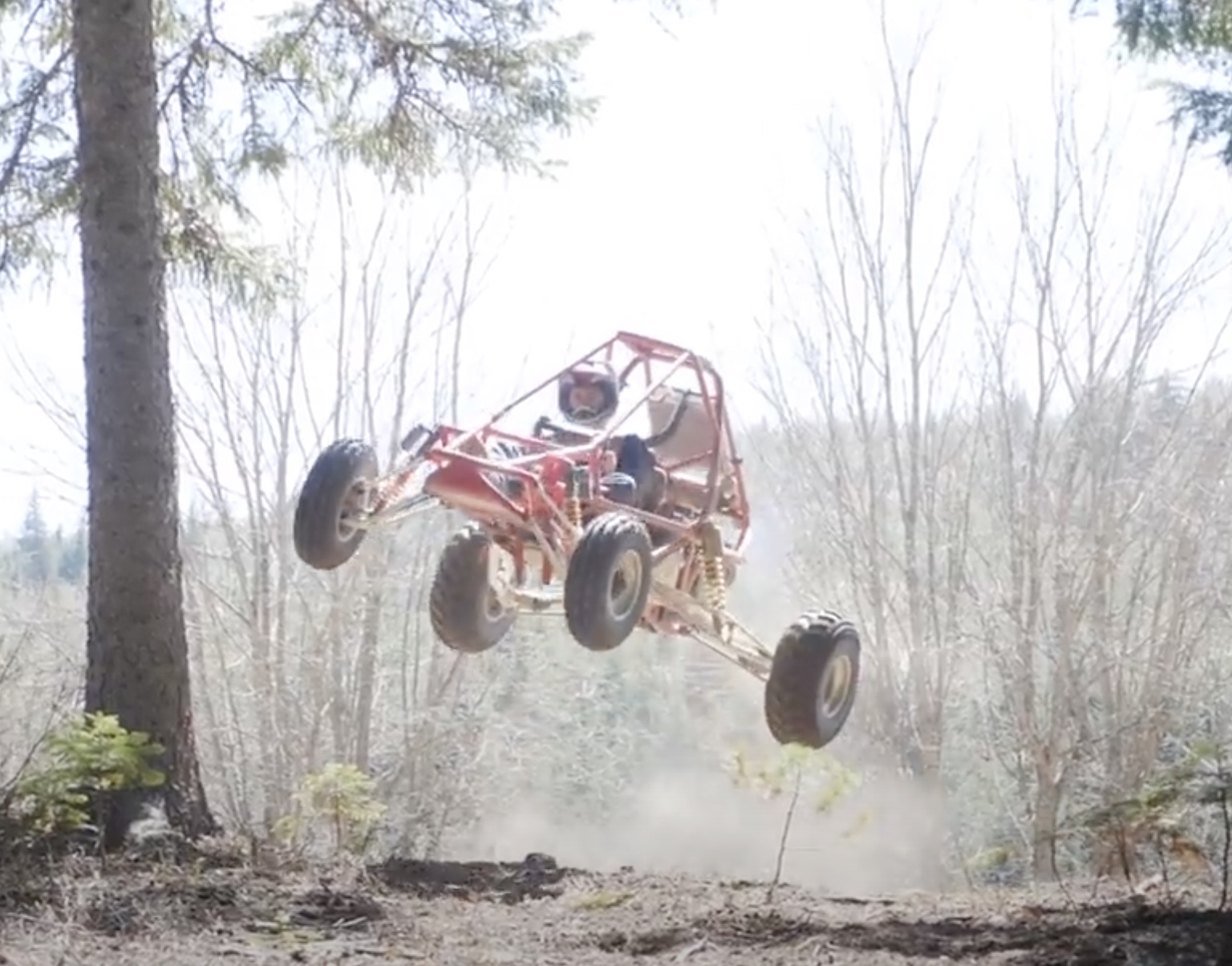 Virtually every summer night from grade school through early high school, the scene played itself out many times over: as the sun was finally disappearing behind the trees late in the evening, usually just about nine at night (right about the time the sky went from pink and orange to green and blue before going dark), I would walk into the house, a dirty, sweaty mess of a child, ready for a shower and a coma. What was I doing all day? Name it: berry-picking, wrenching, thrashing one of the bikes or three-wheelers around, running, whatever warfare my brother and I had managed to get up to. The life of a teenager with minimal supervision…odd as it may seem, I suggest that more parents give it a shot. No money, no cell phones, just the outdoors and something that’ll keep their attention for a bit.

It’s a good thing that toys like Grind Hard Plumbing Co.’s modified Honda Odyssey ATV weren’t within my grasp back then. Nothing against my bikes or three-wheelers, but this beastly Polaris-swapped, overkill build of a go-kart would be the starting point of an epic day on the trial track I had at the house. There’s no build today, just a few guys making some sweet jumps, then going full-bore into low-level flight. That’s good enough!

This Is Road Racing: Watch Two Classic Porsches Slice, Dice, and Battle Within Inches On A Road Course In France Hot Farm Pulling Action Video: No You Sicko, Not That Kind Of Hot! We're Talking Hot Farm Tractors!