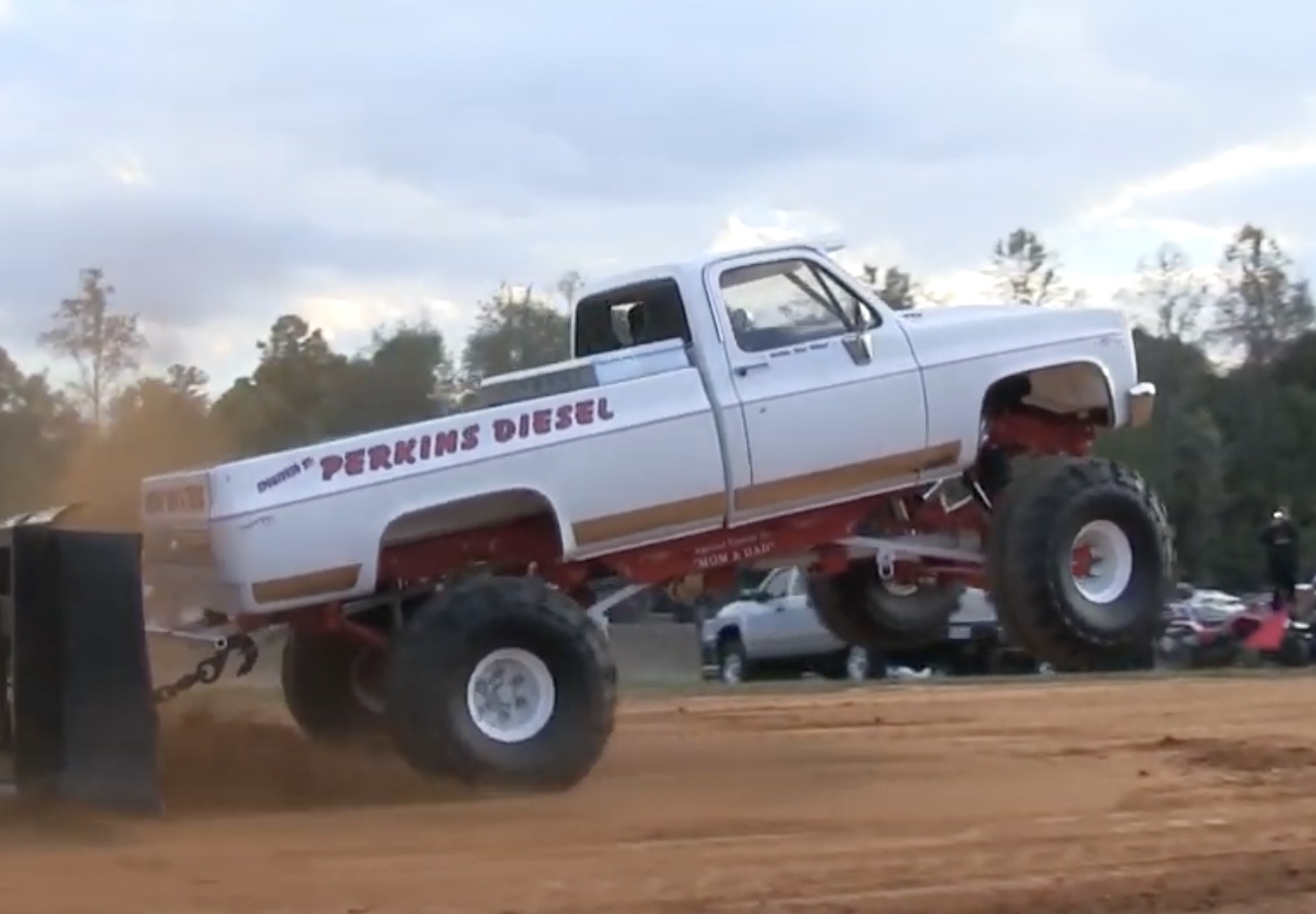 Watching a four-wheel-drive truck spool up and dig in on a truck pull is a wonderful sight. Watching a truck hunker down and start throwing dirt from all four corners makes me picture a pit bull straining against it’s leash with all of it’s might…that dog wants to play and it will throw every ounce of energy it’s got into playing, dragging the protesting human along the way if need be. That’s badass. But it’s missing something, an element that first had me captivated by truck pulls as a kid watching them on TNN. That’s the wheelie factor.

When I first started paying attention to truck pulls, what caught me was a two-fold mix of screaming V8 engine that sounded like a drag racer or a wound-out NASCAR combined with a pickup truck that was climbing the ring gear and coming off of the ground, it was working so hard. It was almost like a cartoon…you half-expected to see Inspector Gadget behind the wheel yelling out encouraging phrases while the engine spun to 7,000 RPM and the front wheels were feet in the air. That part of truck pulls I love more than anything.

Watch And Listen To This NASCAR Engine Get Spintron Tested To 9,000 RPM - Wild Stuff! Fix Your Riv! OPGI Has The Parts You Need In Their 1963-1976 Riviera Parts Catalog