Test Bed: Get A Closer Look At The Edelbrock/Hot Rod Test Camaro, And A Later-Model Test Car Too!

Sep 11, 2019Bryan McTaggartVideosComments Off on Test Bed: Get A Closer Look At The Edelbrock/Hot Rod Test Camaro, And A Later-Model Test Car Too! 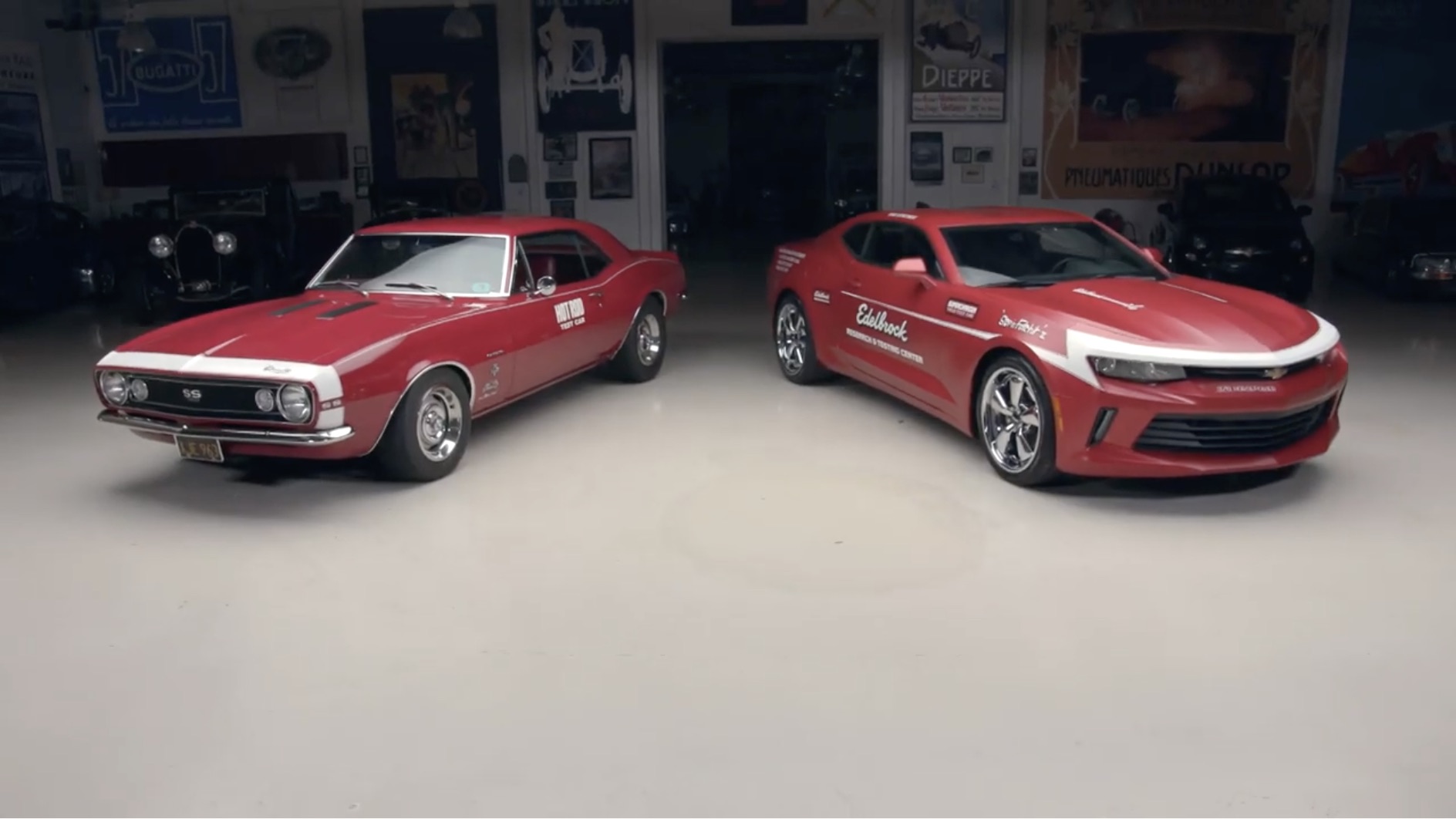 Some cars are best known by the driver that wheeled them around, or by the race that they won, or simply because of what they are. This red and white-striped 1967 Chevrolet Camaro SS is best known by the mark on the door: Hot Rod Test Car. A pre-production model that was bought by Hot Rod Magazine in 1966, bought by Jim MacFarland after the magazine was done with it, and sold to Vic Edelbrock, Jr. with the promise that it wouldn’t be sold. And it hasn’t. It’s remained with Edelbrock ever since the purchase, and though it’s been through the ringer, the Camaro has made it through the years very well. The other car is a late-model V6 car that is wearing an E-Force supercharger setup that boots the power up beautifully, showcasing a heritage of using a street mule that gets used and abused for the sake of real-world testing that Edelbrock has stuck to over the years. But let’s be real with each other here…you aren’t here for the late model Camaro, you’re here for the 1967 Camaro. It’s ok, we don’t look at you any different. You might not get a chance behind the wheel but you can hitch a ride with Leno as he gets to wheel this legend around!

A Big Block, A Pulling Sled, 2.5 Ton Rockwells, and A High Hitch Point Add Up To One Heck Of A Wheelie Watch This Ripping British Touring Car Championship Contender Fly Up The Hill At Goodwood