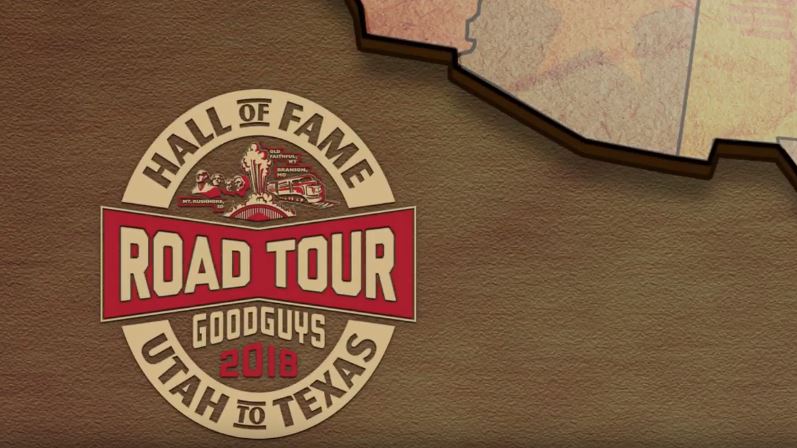 A few years ago the guys at Goodguys got together with Andy Brizio for a birthday bash road trip that was touted as his last big adventure. And an adventure it was. Officially starting in Wendover Nevada, the trip actually started with some of us at Goodguys Pleasanton California headquarters and continued on with a stay in Reno and then off to Wendover where everyone else met up with us. It was the first Goodguys Road Tour. I was part of the video crew and from Day 1 realized that this group of old hot rodders were anything but geriatric. In fact, we had to have a little talk with them about speed, as we were unable to keep up for video shooting in the rented RV. These old bastards were hauling ass!

The guys on the trip were fantastic. I mean it, truly fantastic, and the places we stopped to see were amazing. We’re talking private car collections we aren’t allowed to talk about, places we weren’t allowed to film, and legends in hot rodding and racing that I never ever expected to hang out with in my lifetime. It was a trip I will never ever forget, and it was the start of something truly spectacular.

Since, the Goodguys have been putting on a special trip each year with much the same vibe and nobody that has attended will deny just how amazing they are. And this year is no different. In fact, by all accounts this one is the best yet and a trip that most say can never be beaten. Well we’ll just have to see about that next year.

Until then, here is video number 1 from the amazing 2,700 mile trek through some of America’s most beautiful country. Hot Rods, Customs, Trucks, Cruisers, and Pro-Touring machines alike made the journey and are better off for it. Watch.

McCool's Junkyard-Rescue Dodge Stepside Is Streetable, Thanks To A Clutch Replacement And More! Money No Object: Whether Real Or Not, This Buick GS Stage II Is A Legend Of It's Time