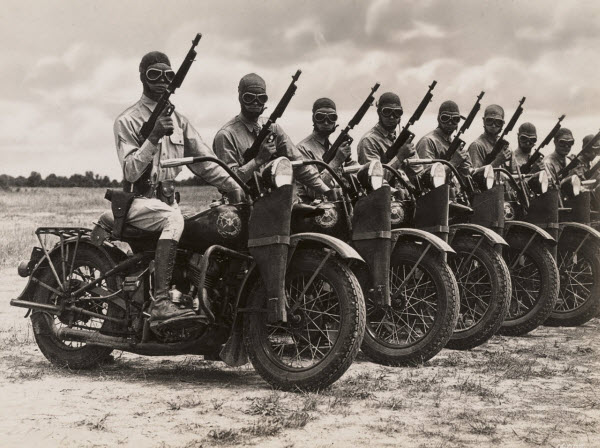 It’s one thing to ride the trails with a modern two-stroke dirtbike largely built of aluminum, with suspension travel measured in feet and bear-trap footpegs you’d have to be an idiot to fall off of. It’s entirely another to tear through the trails on a 727-pound Harley-Davidson with a rigid rear suspension and bias ply road tires. If you did this in World War II, we drink a pitcher of beer in your honor, because we are not worthy.

These short newsreels show U.S. Army Dispatch Riders in training, running Harley-Davidsons through their paces in what looks about as rugged as any AMA National Hare Scramble.

The Harley-Davidson WLA was designed specifically to meet U.S. Army specifications during the early stages of World War II. It was based on an existing civilian model – the WL – with a 45-cubic inch V-Twin and a solo saddle. 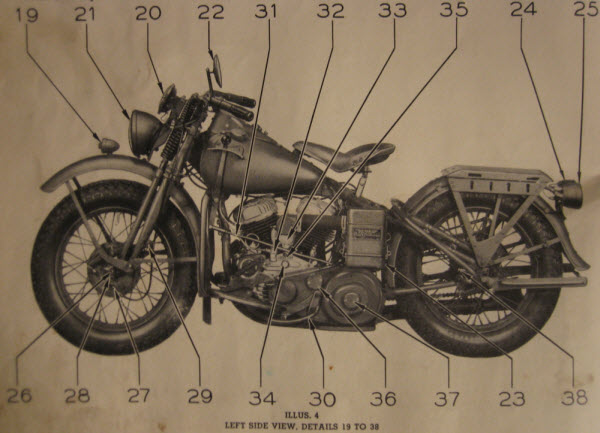 The WLA shipped out in early 1940, with over 90,000 being produced before the war’s end. Harley-Davidson produced a similar model for the Canadian Army known as the WLC, and would produce bikes for the Marine Corps and the Navy as well.

Harley-Davidson’s war production really changed the motorcycle landscape in the United States. Prior to the war, Harley-Davidson was the also-ran, consistently coming in second to Springfield, Massachusetts’ Indian, which had contracts all over the country for municipal motorcycles. Following the war, though, production almost completely shifted to Harley-Davidson, thanks to its ability to spool up production for the war effort. 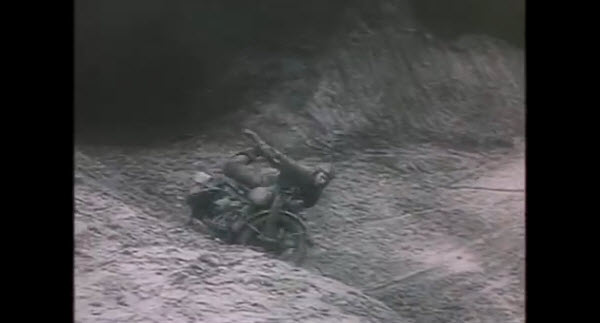 The riders were part of the U.S. Army Dispatch Letter Service, a corps of riders that ran messages all over the world, working as a motorized Pony Express to deliver mail on a very specific timetable. According to a 1944 article in Motorcyclist magazine, “Reliability, not speed, is the first essential, though a turn of speed may be necessary at times to keep to schedule.” 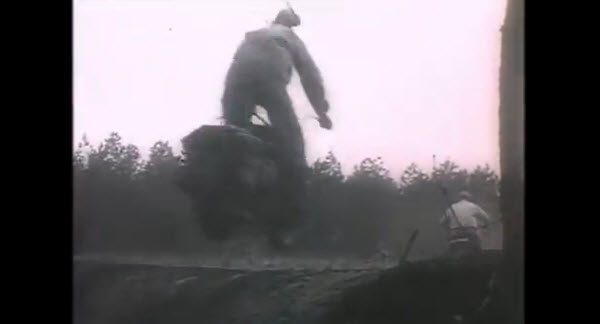 Dispatch riders literally hauled the mail on all manner of road conditions in the European and Pacific theaters. “On the Italian war front,” that 1944 Motorcyclist article reads, “dispatch rider sections, partly equipped with motorcycles and partly with jeeps, have ably discharged heavy responsibilities. The Dispatch Rider Letter Service office at Bari was at one time handling 11,000 packages in 24 hours.” 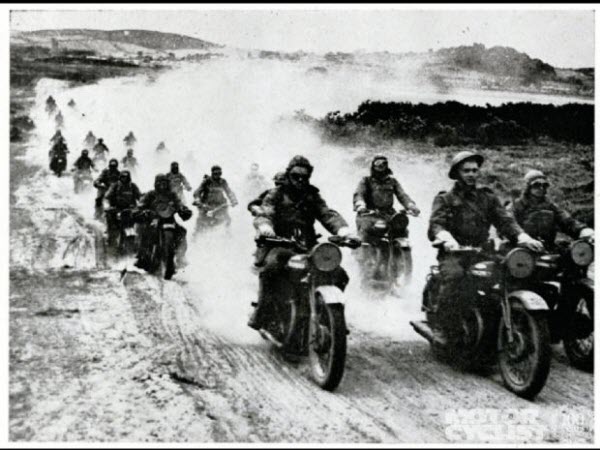 “Fortunately, the Italian State roads were in excellent condition, and runs up to 100 miles and more gave no trouble-except in wet weather when they became rather dangerous. Even on these routes it was found advisable to reckon on a speed of no more than 20 miles an hour, but even this was about three times faster than in Tunisia where, on some daily runs from a Corps Headquarters, there were often no proper roads.”

So the training you see in the newsreel was necessary to prepare these riders for anything the war might throw at them. No helmets. No gloves. Nothing other than a basic U.S. Army uniform. These guys were animals, and in the footage, you can see that at least a quarter of them spend as much time on the ground as they do in the saddle.

Give it up for the U.S. Army Dispatch Rider Letter service. They make the rest of us look soft.

Hard Lessons: Kid Almost Killed By Flying Steel Hook After A Winch Cable Is Misused We Need Your Help: Do You Know The Whereabouts Of Army Armstrong's L/Gas Karmann Ghia?