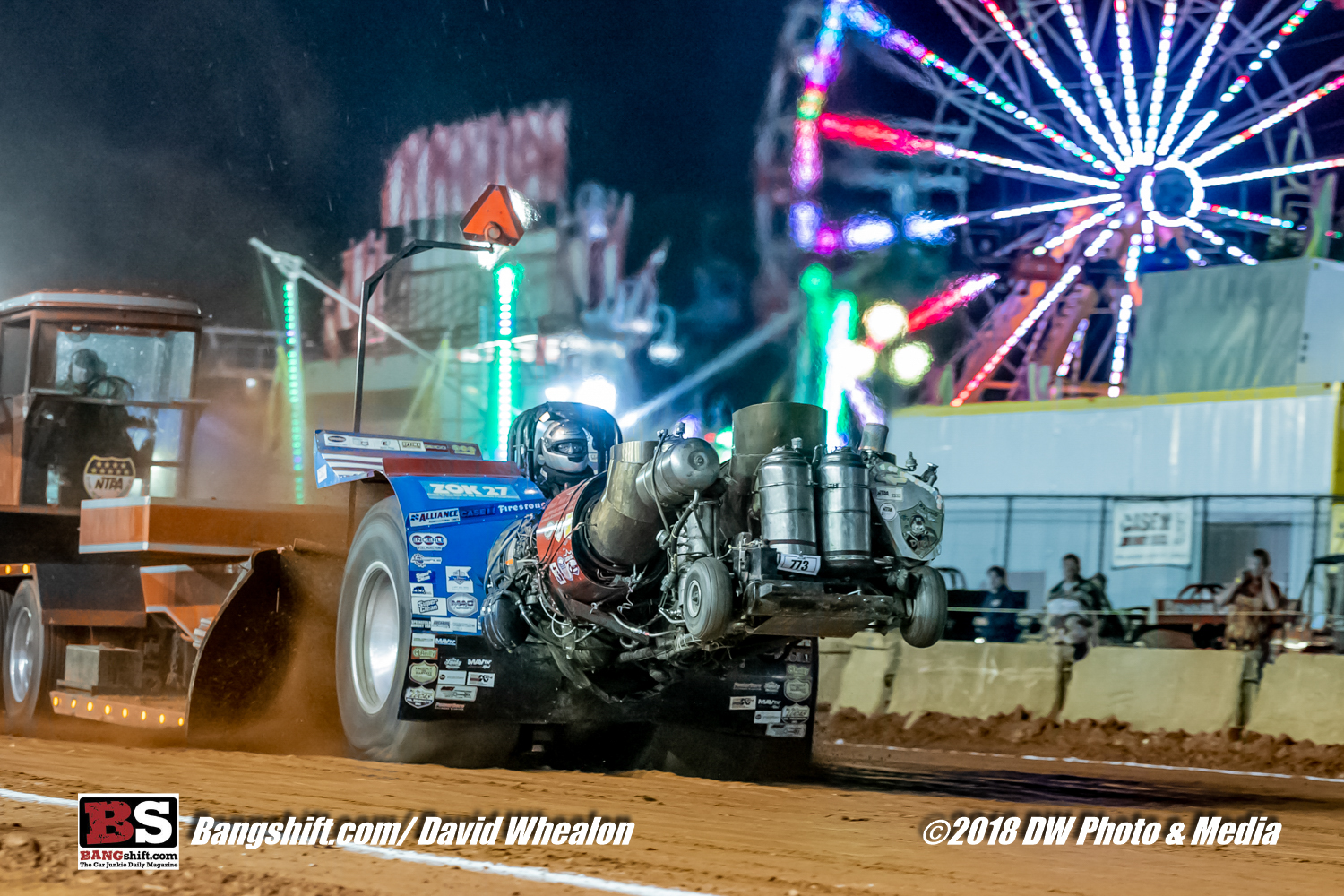 (Photos by David Whealon) – Its about the only motorsport left in the world where turbines and piston engines compete heads up, anymore. Boat racing was another bastion of such stuff but the reality is that the boats are basically 100% turbine at this point. The backdrop of this pull is always amazing. Seeing the carnival rides, the bright lights, and the NC State Fair behind these multiple-thousands horsepower rigs is enough to make any gearhead smile, right?

David Whealon reports that this was a good pull and that participation was strong acts the multitude of classes offered in competition. We said this the other day but we’re 100% going to make more time on our schedule next year to spend some time on site at a large pull. Whealon kills us inside a little every time he puts together some of his awesome photos like this.

Enjoy these photos and all the brutal displays of horsepower they represent.