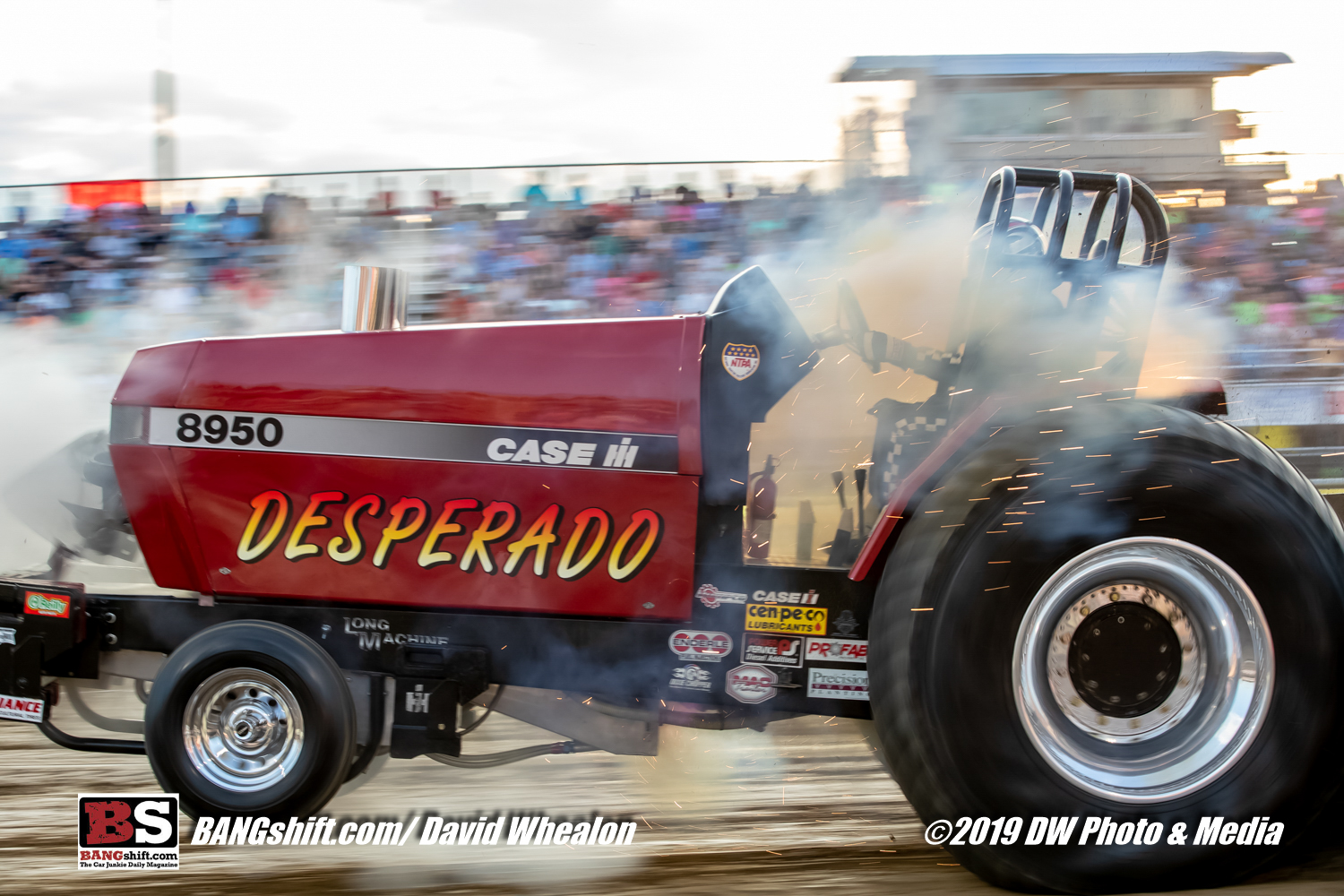 (Photos by David Whealon) – We’re back with more awesome David Whealon photos from the 2019 NTPA Mule City 300 from GALOT Motorsports Park. The facility is great and the hundreds of trucks and tractors that showed up to make their hooks on the two lane pulling surface at GALOT were not let down.

As we told you last week while showing you the first collection of images, this is one of the first big ones of the 2019 pulling season and for some, the first time they are bringing out new equipment for the year. The NTPA tour is the big leagues of pulling and if you can show up and compete on that level you are among the best in the nation. You’ll see diesel tractors, multi-engine units, and trucks in this collection of photos.

Engines that are turbocharged, blown, or just gnarly with natural aspiration means that there should be something for every fan of making horsepower in a multitude of different ways. We’re done yakking, just check out the photos!

2019 LA Roadster Show Images: Check Out All The Cool Stuff In The Swap Meet At The Show! Watch Mike Salinas Win Top Fuel In Bristol And Give An Emotional And Heartbreaking Top End interview