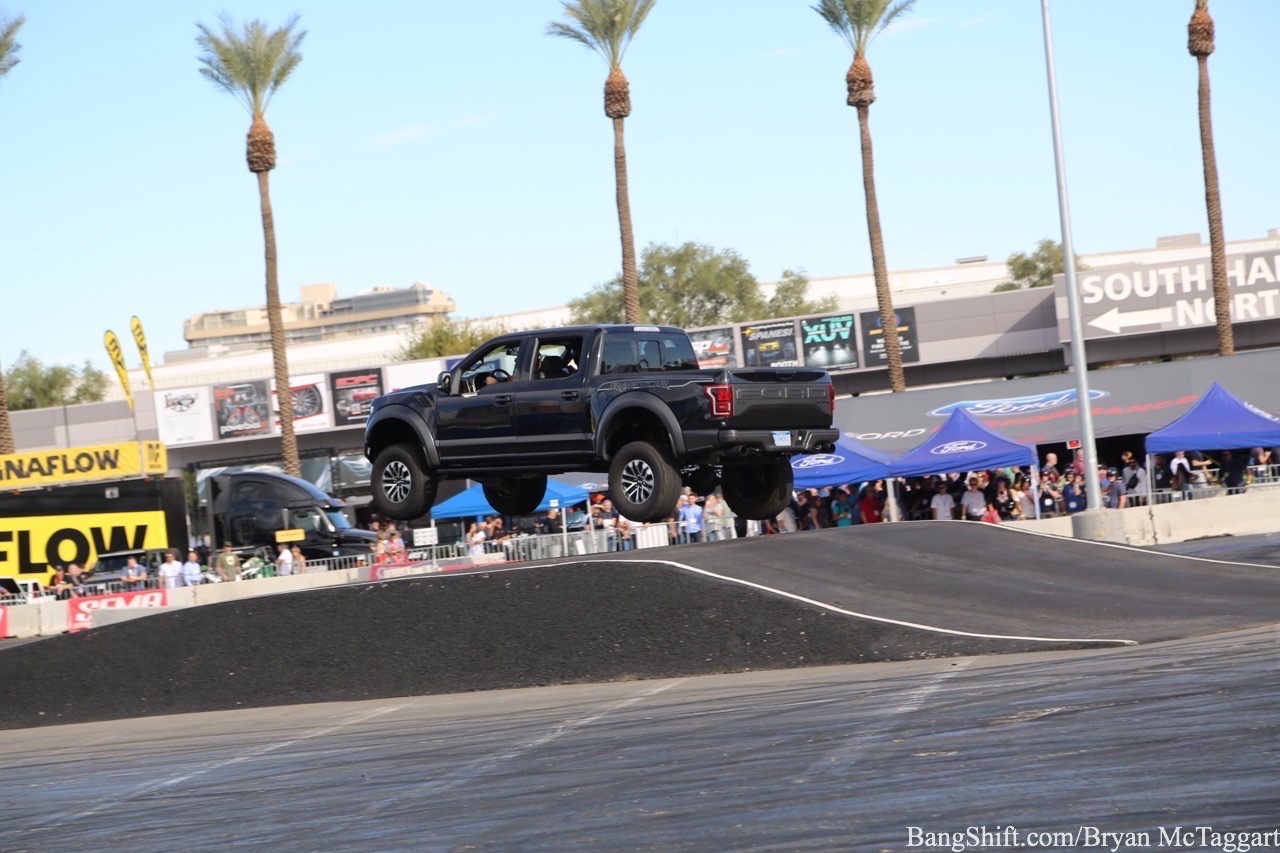 It’s strange to think about SEMA in this particular regard, but every year I’ve attended, there have been Ford Raptors jumped in front of the Las Vegas Convention Center as part of the Ford Out Front display. My first show in 2010, where I met Brian for the first time (among several BangShifters and the woman who is now my wife) had pre-production trucks bashing their way around the circle and this year, they were there flying in-between drift runs by Vaughn Gittin, Jr. and his crew of drivers, Ken Block’s absolutely manic Escort Cosworth ripping up rubber and ruining eardrums as it raised seven shades of hell, and Ford themselves as they showed voluntary passengers just what the new Shelby GT500 could do in a little area. Many things change with SEMA, but I’m glad to see one part that hasn’t yet.

According to the pedometer on my phone, I pretty much walked from my house to Nashville over the course of four days seeing everything there was to see. We’ve shown you plenty of good and plenty of strange over the last couple of days, and we’ve only just begun to get into the depths of the halls at the Convention Center. Check out more photos from Vegas below! 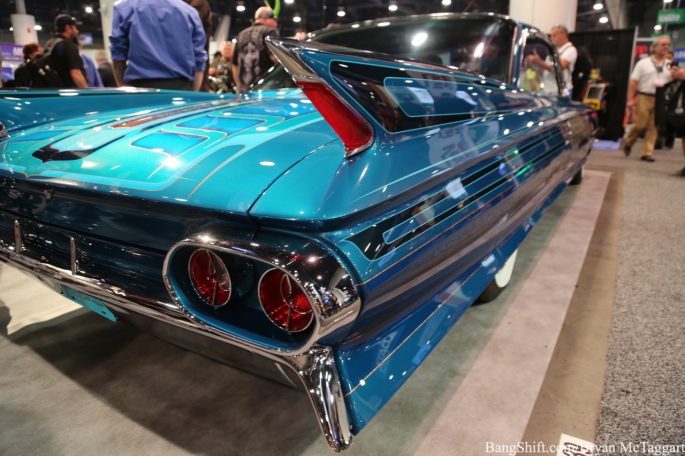