Check Out Our Visit To The California Auto Museum In Sacramento

Jan 12, 2019Chad ReynoldsBangShift Galleries, MuseumsComments Off on Check Out Our Visit To The California Auto Museum In Sacramento 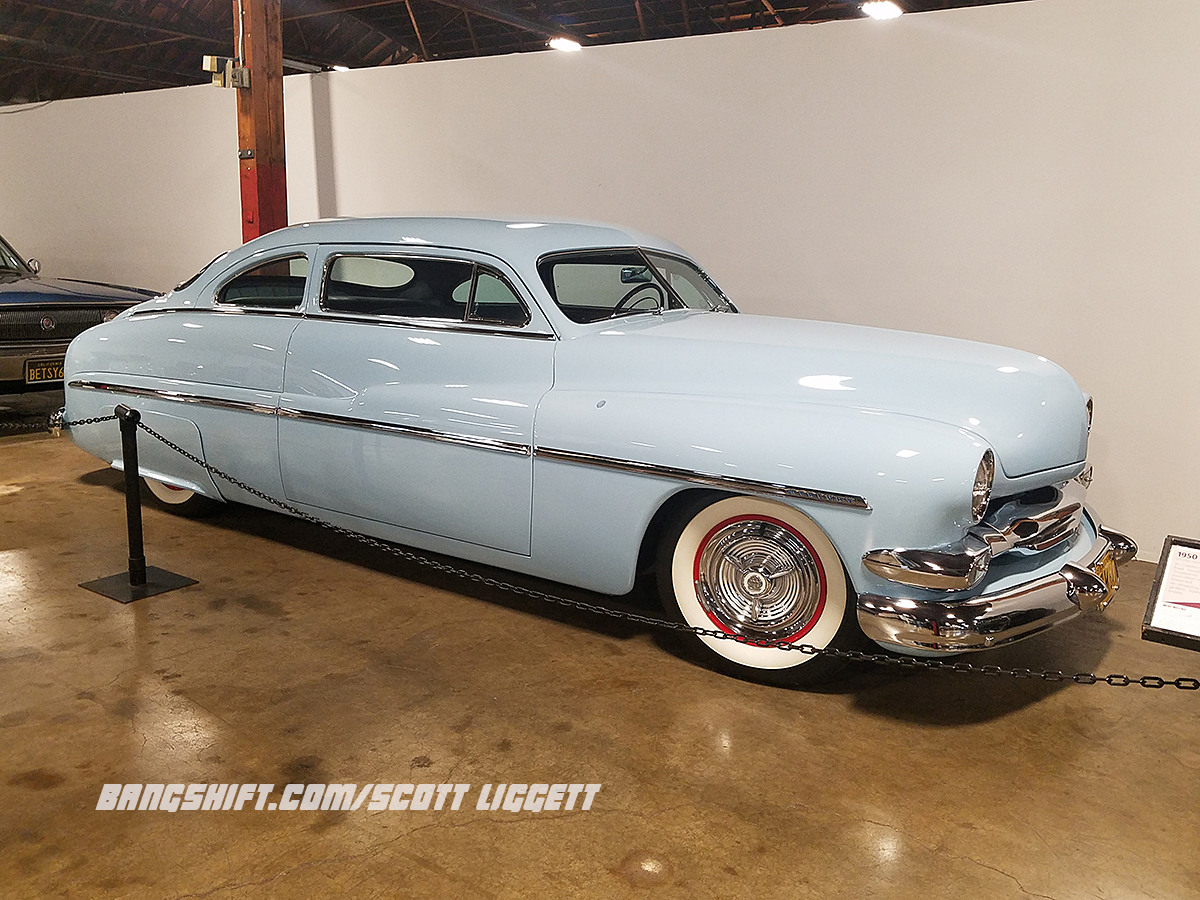 (Words and Photos by Scott Liggett) I was back in Northern California this past month to visit family and friends over the holidays. As part of my trip, I met up with a really good friend, Malkeet Harrian. He and I have been friends since 1995 when we both worked at a limousine service in Sacramento. We were out cruising around town reliving some of our memories of when I lived there from 1989 to 1999.

I had known of the museum even back when it was known as the Towe Ford Museum. As you can expect from their former name, they had a lot of Fords. But, even 30 years ago, the curators had interjected other brands into the museum. They also were known for having a monthly class where you could learn to how to drive a Ford Model T. Time moves on and the museum evolved into the California Auto Museum in the same location in Sacramento just south of Downtown and Old Sacramento, right along the scenic Sacramento River walk.

I had never been to the museum, so I made the suggestion and my buddy, Mal, was all for it. This trip was 30 years late in coming, but hey, better late than never.

We started off just wandering around on our own. A pair of diehard car guys really didn’t need a tour guide in car museum. But, along the way, one of the volunteer tour guides heard us chatting and came by to say ‘hi’. Ron Vogel was great. He gave us some insight into some of the cars there. He told us that he learned as much from us, as we learned from him. They were currently having an exhibit called “Hitting the Road” a collection of camping and unique motorhomes, including of the weirdest cool motorhomes we have ever seen.

We discovered the museum has some very special vehicles. For example, they have AJ Foyt’s very first race car. A Duece 5 window coupe set up for dirt track racing. It was powered by Hilborn injected, Ardun headed flathead. Ron told us it was found hanging in the rafters of an old racer’s shop by a collector, whom had it fully restored. We were told that AJ had offered to buy it back more than once. They had John Forbe’s personal 1987 Lamborghini Countach he wanted painted the color of money, green… with gold wheels and leather interior. Um. Ok. We also found Clara Ford’s (Henry’s wife) personal 1942 Lincoln Limousine. While the chassis never changed, the body was updated nearly every year.

If you are ever in the Sacramento area, check out this great museum. https://www.calautomuseum.org/  In the meantime, check our gallery of the cool cars we found there.

What's The Basis For A Good Hoodscoop? Uncle Tony Is Back With More Knowledge To Share!Go Unknown Parts Counter Guy: "T is for Turbo" - A Kid's Guide To Being Smarter Than The Average Car Owner!