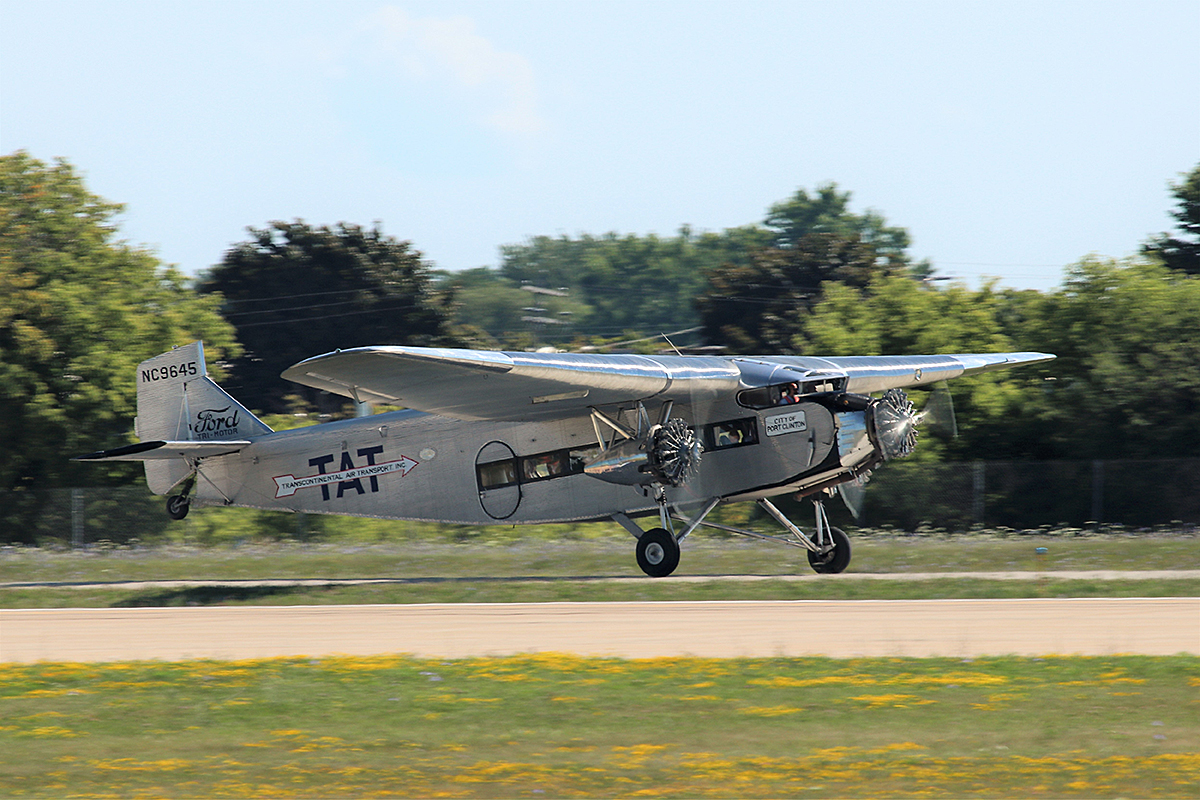 
There are more than a few parallels between hotrods and airplanes, starting with the obviously similar trait of the internal combustion engine and the speed that comes along with it. The addiction pretty much spirals out of control from there. If you’re mainly into cars, but have a passing curiosity about aviation, the EAA Airventure is the show to see.

What was once known as “The Fly-In” takes place in late-July, every year in Oshkosh, Wisconsin and a lot of folks make a big adventure out of it. The official show only runs for seven days, but the party begins well before that and lingers well after. Hundreds of thousands converge on the EAA headquarters and the surrounding areas, many of them arriving by plane. That makes Whitman Field the world’s busiest airport for one week each year.

Enthusiasts arrive in everything from century-old biplanes to the latest gyrocopter, with a healthy dose of warbirds and vintage aircraft in the mix. Where you might see a couple warbirds at a typical air show, you’ll see one of just about everything still flying in Oshkosh, including bombers, recently-decommissioned fighters and maybe even a Japanese Zero or a Russian MiG 29.

Hotrodders who pound their chest over completing the Power Tour long haul in an air-conditioned ’57 Chevy with an LS swap and Vintage Air can hold the beer of the guy who flew into Oshkosh in a wooden-framed, canvas-covered 1947 Aeronca Champ, that stays airborne thanks to two curved sticks spinning in front of a 65-horsepower engine. Like the automotive aftermarket, the aviation industry also has it’s own hotrods. If you love the look of the legendary P-51 Mustang, but bristle at the thought of a 2.something million dollar purchase price for an original, companies like Scale Wings can help. They will sell you a carbon fiber kit for a 70% scale model that you can build in your garage for a fraction of the price, that flies with a Rotax engine.

Oshkosh is a family tradition and for many in attendance, a family reunion. They’ll think nothing of burning 100 gallons of 100LL fuel at $7 a gallon to haul in six family members in a vintage Piper Cherokee PA-32 and either sleep beside the plane in a tent or head over to a rented RV in a nearby campground.

There is also a plane show, where planes are judged in a variety of classes, including homebuilt, vintage, warbirds, ultralights/light-sport, rotorcraft and seaplanes. Further subcategories of judging are broken down by stock, versus modified aircraft, as well as engine size. The stakes can be substantial for some, as winning a Gold Lindy as a Grand Champion, can significantly increase the value of an aircraft.

As you would expect at a show like SEMA, all the major manufacturers have a presence in Oshkosh. If you’re interested in pursuing a career in the aviation industry, they are looking to hire and all the major schools are happy to discuss their curriculum and offerings with you. You’ll also find some familiar brands from the automotive space, like Lincoln Welders, OPTIMA Batteries and Kalitta, who literally hauls the mail in the sky, in addition to hauling the mail in NHRA Top Fuel and Funny Car.

We visited on the final day of the 2022 show and while many of the planes had already left, there was still plenty for the entire family to see and do. There are air shows each day and the Experimental Aircraft Association has made a concerted effort to get the next generation interested in Aviation. Unlike Disneyworld, which treats ten-year olds as “adults” for the purposes of admission pricing, no one under 19 who comes to the EAA Show pays admission and any child between the ages of eight and 17 can sign up to take their first flight for free in the Young Eagles program (maybe hotrodders should have a similar program?).

The EAA Airventure happens because of more than 5,000 volunteers, who make it possible and volunteering offers a great opportunity to see the show on a budget! If you volunteer at AirVenture for a four-hour shift, you’ll be given a daily wristband. If you volunteer for 40 hours at AirVenture in one year, you’ll be given a complimentary campsite the following year. Since the EAA is a 501(c)(3) non-profit, expenses like mileage, lodging and meals, that you might incur in connection with your volunteer services may be partially or fully-deductible as a charitable contribution on your taxes. Can you see how this can become an annual tradition? Check out the massive gallery of images from this year’s show and think about blocking some time off on your calendar for 2023! Check out www.eaa.org for details.