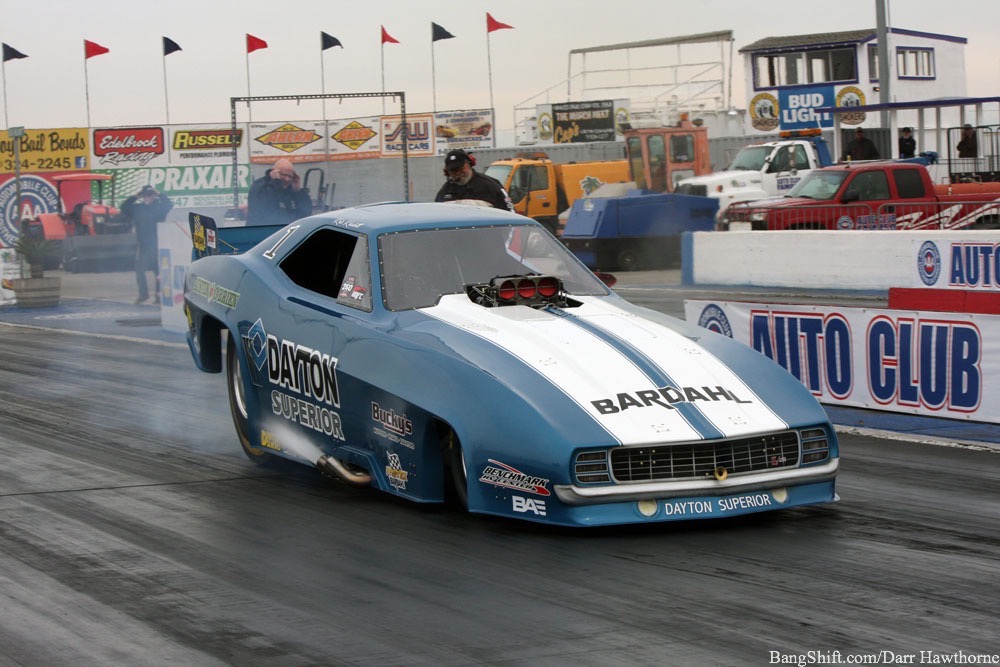 We are on the ground in Bakersfield for the 2017 March Meet, and we’ve been busy roaming around Auto Club Famoso, seeing who is here and trying to figure out who is going to be the one to watch over the next few days. Chad and McTaggart will be on the grounds from now until Sunday with Livestream coverage, and our man Darr Hawthorne has been hanging around with his camera at the ready. He managed to get into a private test session for Kris Krabill, who was trying to make air temperatures in the 50s and track temperatures in the low 60s work. The temperatures will be warmer later on this week, and for now the weather looks like it’s going to be cooperative…no frozen digits or fire-roasted racers this year! Click on a photo below to see Darr’s early shots from Auto Club Famoso, and be sure to check out BangShift’s Livestream coverage of the 2017 March Meet, which goes live tomorrow!

2 thoughts on “2017 March Meet Preview Gallery: Testing And Tuning Before The Show Begins!”