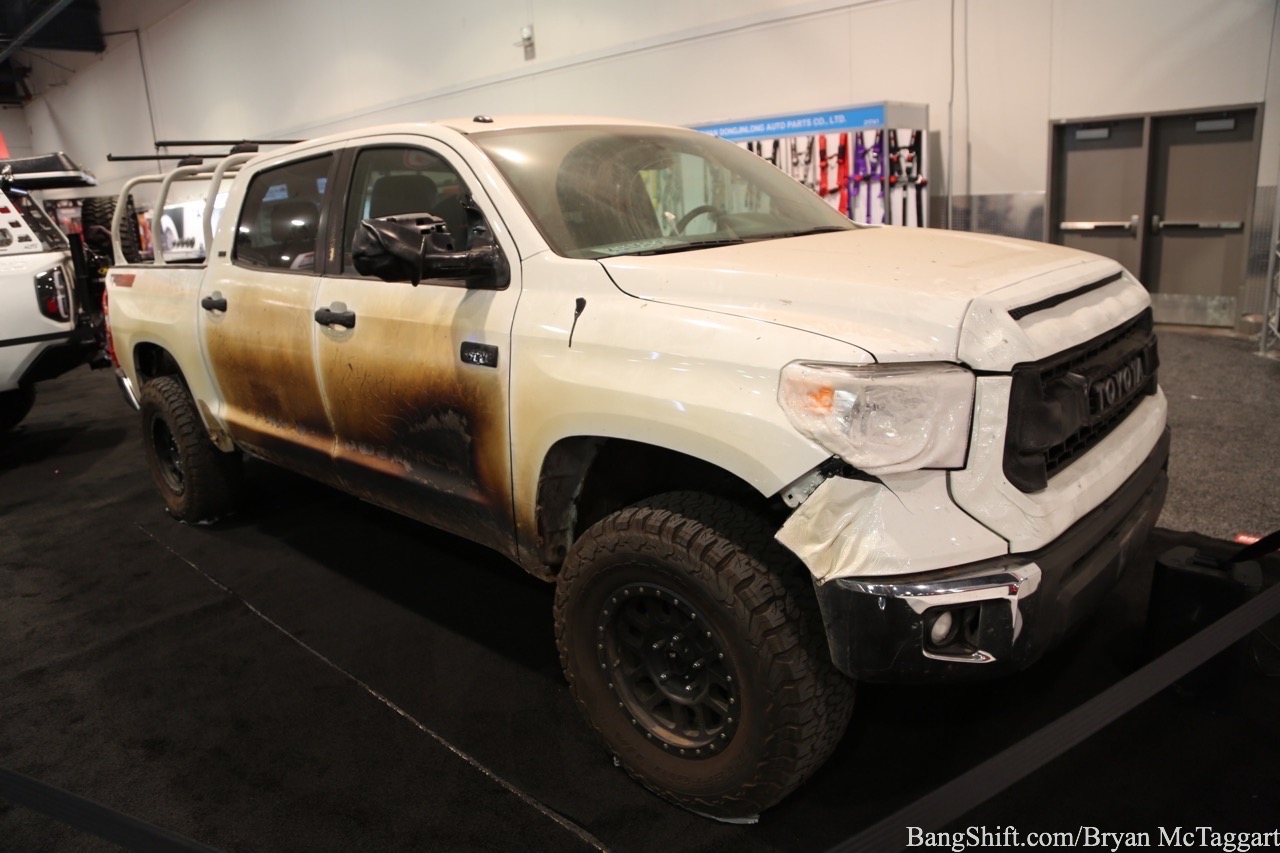 Many might think that out of all of the cars I saw at SEMA, that I would’ve spent the most time with Mike Copeland’s Dodge Rampage. I spent quite a bit of time around that car, no question…the engineering, the concept, the whole package got me smiling. But for sheer time studying every feature, every detail, that goes to one vehicle I haven’t seen much written about…at least, not from a SEMA point of view. It’s the “Pandra”, the 2017 Toyota Tundra that became a symbol of hope and heroism during the hellstorm that was the 2018 Camp Fire in California. The most destructive and deadliest wildfire in California history, the Camp Fire saw 85 fatalities, two towns nearly wiped clean off of the map, and enough images of fire and fury to last lifetimes. But out of all that came the story of Allyn Pierce’s Tundra. Pierce, an ICU nurse manager, used his truck to transport people to safety by driving through the fires, moving co-workers and patients from Feather River Hospital to a safe spot. By the end of it all, the Tundra looked like a four-wheeled campfire marshmallow. From the roasted, blued sections of front door that still sports the scorched-in “TUNDRA” lettering to the perfect tanned-white coloration, the melted light lenses and nuked rear-view mirror housing, it’s amazing to think that this was some dude trying to make sure everyone he could help out of Hell on earth the only way he knew how. When I wrote up the story last year, I said, “Seriously, this Tundra needs to be at SEMA next year, roasted doors and all.” I wasn’t wrong.

After the Pandra, it was almost odd to be walking among show cars and builds. SEMA has a way of blending individual, unique builds into a meld of colorful awesomeness in my head. Once I start getting tired, or overheated (a real issue when you’re walking several miles a day through teeming crowds in the desert), you stop seeing each car and start seeing this meld of shapes and colors. The metal-like gray tailfins of a 1959 Cadillac looked like razor blades stuck onto a lead sled. The blue Super Sport stripes on a Chevelle might as well have been miniature infinity pools. And when I got to what used to be a 1959 Chevrolet that is now more Hot Wheels car than anything else, I was able to see the fluid design, instead of all of the surgery needed to make it look like it does.

Have you missed any other SEMA 2019 footage? CLICK HERE to check it out! 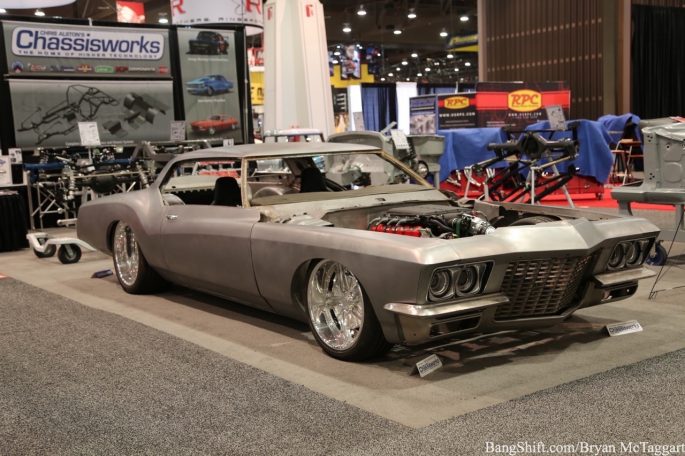 Remember Saturn? The Internet Does With This 1993 Saturn SW2 Review Pick 'Em! The NHRA on FOX Crew Makes Their Championship Predictions Coming Into The AutoClub Finals! Who Gets It Right?

One thought on “2019 SEMA Nightwalk Gallery: Meet Your Heroes”