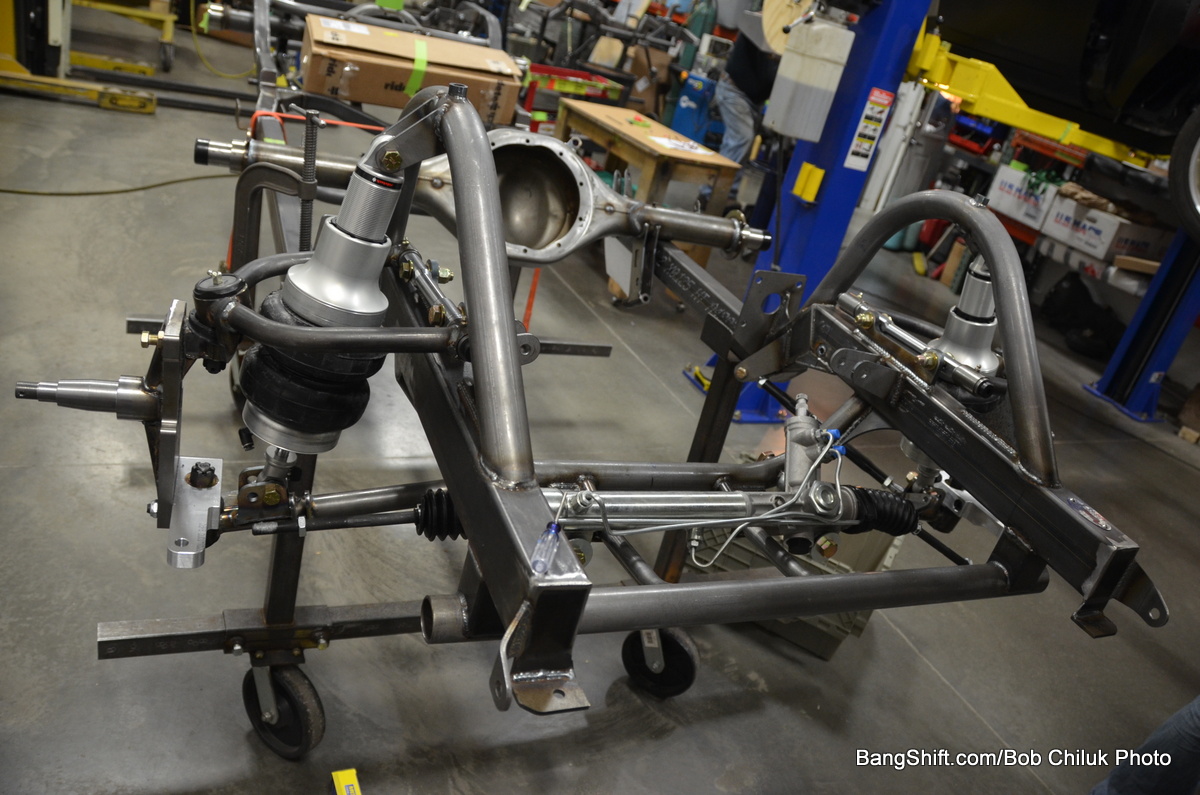 (Words and photos by Bob Chiluk) – Some parts of the country are lucky enough to enjoy their cars all year round while the rest of us are locked in waiting for the ice to melt and the snow to go away. Here at BangShift.com Midwest in the Windy City we use all the cold cranking amps our batteries are rated  at to be able to crank our junk over and roll out.

Not much is happening in the streets and the tracks , but there are a ton of builders around here running wide open to have stuff up and done for  when the weather loosens it’s icy grip on us. We donned our snow suit on and headed out to Schwartz Performance in suburban Chicago to see what they are crankin out. Jeff and son Dale Schwartz are a well known fixture in the road course, auto cross, and car show circuit here and around the globe. Jeff’s humble beginnings in the Pro Touring world and building cars started out as a necessity to feed his growing family after he lost his job in the steel industry.

While he was out of work, he built a wild big bodied Caddy Coupe DeVille that was cleaning up the competition on the autocross tracks. Power Tour exposure, people wanting their stuff worked on and Schwartz Performance was hatched in a fifteen hundred square foot shop. Hard work, and backlog of clients to build some unique rides has brought them where they are today.

25,000 square feet of shop space and close to twenty employees work diligently to have stuff out ASAP. Twenty builds being worked on simultaneously for clients all over the world spread the Schwartz logo near and far. As busy as the team at Schwartz Performance are, Jeff graciously gave us a personal tour of the digs. From full on Pro Touring Camaros , Chevelles and Cudas, there are a bunch of unique builds that they are proud to be working on as well.

How about a 48 Willys truck that will soon be a terror on the track, a heavily modified  C3 , some Porsches and even Jeff’s personal 67 Ford Fairlane 500 sporting an old school 428 FE dual quad mill (maybe a future feature on this one later)!

Brew up some hot chocolate and take a tour with us!