Shop Tour: Beck’s Garage in Oklahoma City. A Route 66 Destination For Sure 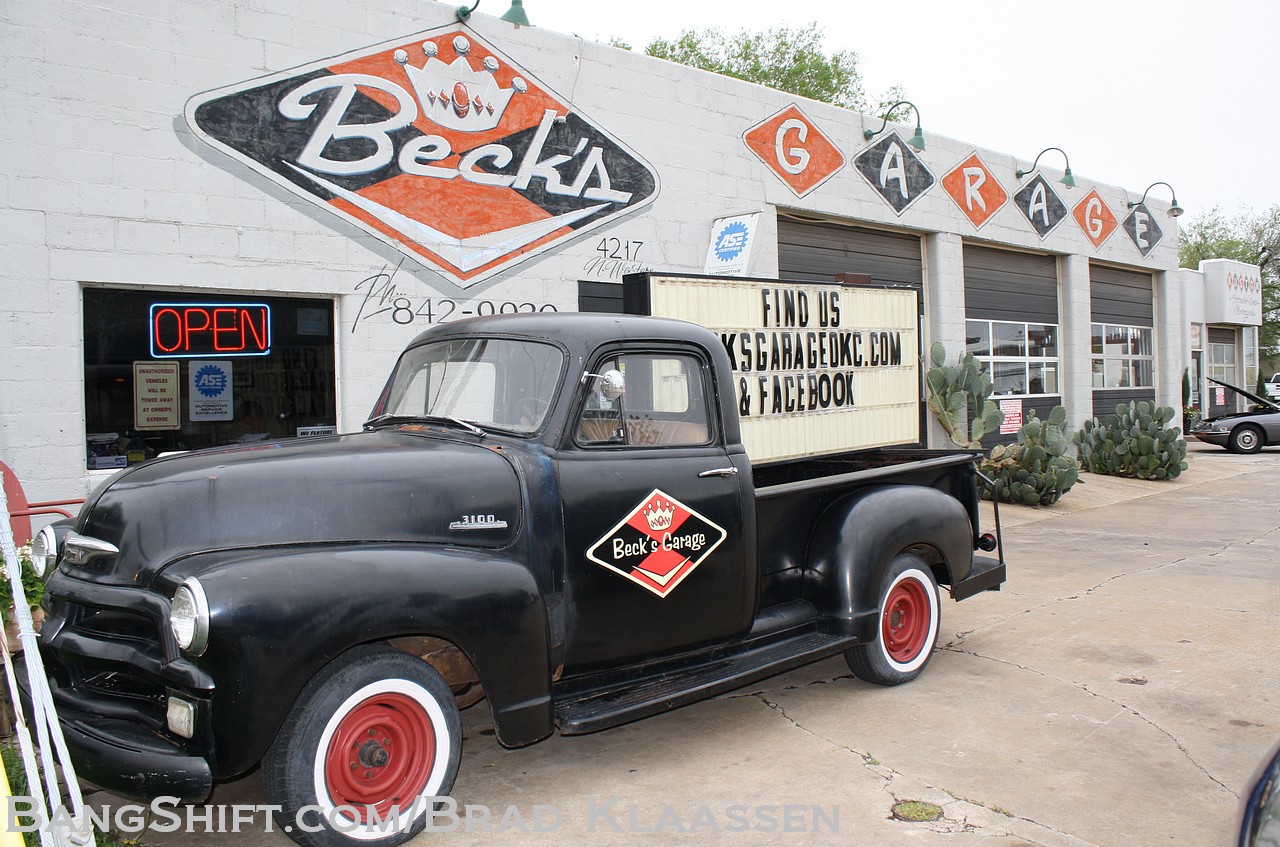 (Photos by Brad Klaassen) Beck’s Garage is probably the most bitchin place you can take your car for service, which is why it’s also a little strange. You see not only is it on Route 66 and has the old fashioned logos, lighting, and facade, but it also has a ton of cool old iron out back and period pieces inside. But they are a general automotive repair facility, so they’ll work on your new Camaro, 80’s Toyota Truck, ’40 Ford, or anything in between. It’s all hot rod in attitude though, and that’s what matters not only to us here at BangShift, but apparently the people of Oklahoma City as well because it has been voted Best Auto Shop for several years and is featured in local TV all the time.

Beck’s Garage is also home to Beck’s Racing and the famous 7 Deadly Sins 3-Window Coupe drag car, and we’ll be featuring it very shortly here on the site thanks to Brad Klaassen who shot the photos of the shop as well. Take a look at the photos, because the stuff inside the shop is cool and out back is the real amazing finds. Steel 5 window coupes, ’30s pickups, Fastback Chevy’s and more all waiting for their turn. We would love to spend time just walking around out back!

3 thoughts on “Shop Tour: Beck’s Garage in Oklahoma City. A Route 66 Destination For Sure”