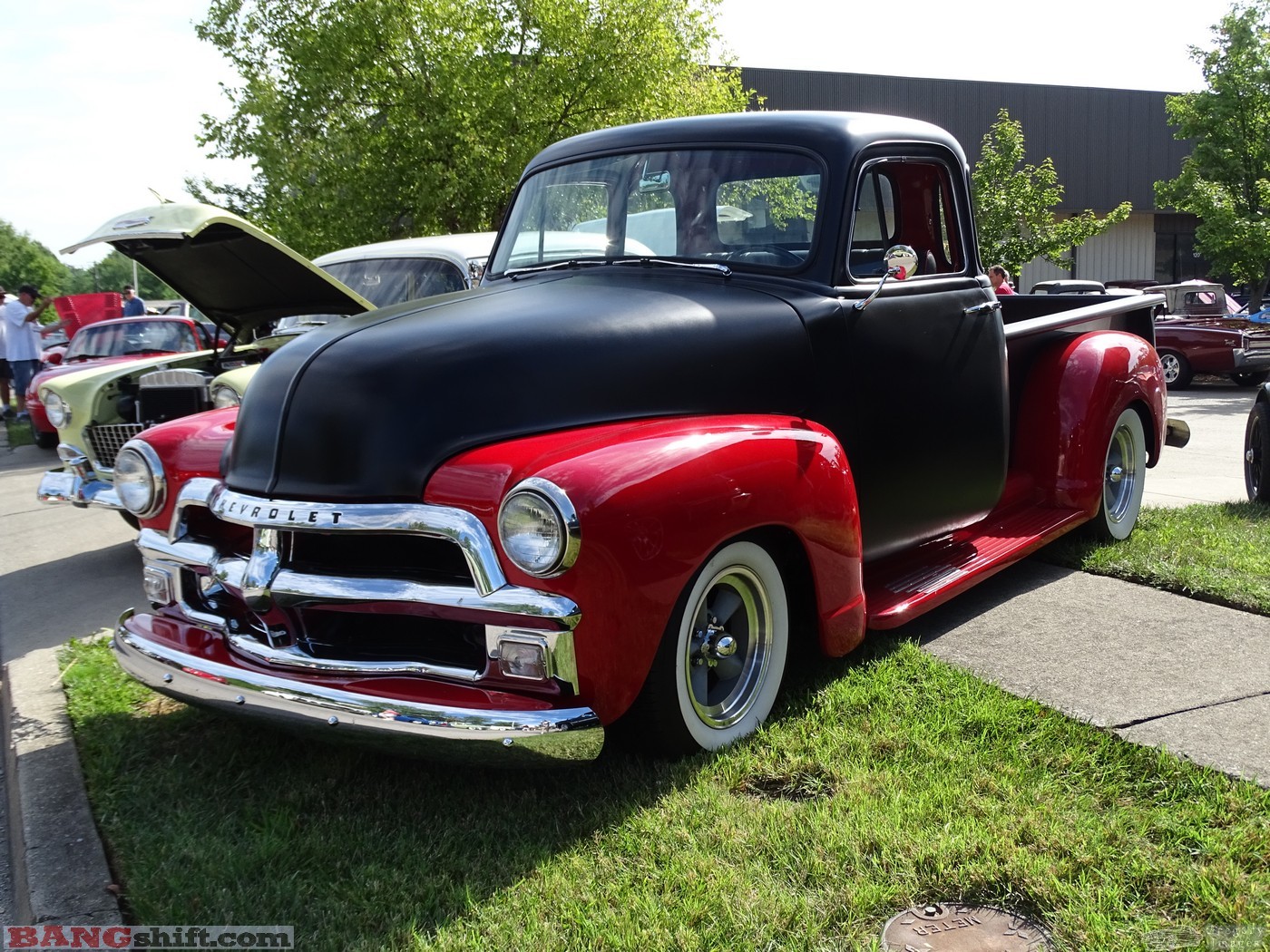 (Words and photos by Doug Gregory) – When it comes to variety of manufacturers in trucks let’s just say the FoMoCo and Dodge peoples let us down.  I expect better next year.  One highlight was a brown workhorse known as a Rampage.  I’d seen this one a week earlier and other than these two sightings nearly two decades have passed since I’d seen an example with my own two eyes.    If it wasn’t for photographs I’d thought they’d gone the way of the unicorns.  Another rarity was the late, blue Ranchero.  I remember seeing several of these when they were new.  Where’d they all go…?  Please don’t tell me they got auctioned and shipped to the Middle East and now have a pet camel strapped down in the bed being carted around.  Think I’m joking…?  Nope…it was quite common when I was there in the early 90s.

The group with the highest numbers were early Chevys (’47-’53 made a strong showing) which I will not complain about much because they are so good looking.  I will admit my favorite truck was the red ’79 Ford sport-side with a paint scheme I remember well from commercials, ads, and brochures back then.  The hot-air device under the hood was unexpected and makes this rig quite appealing.  It’s got a good, driveable ride-height and an overall killer appearance.  That kick-in-the-pants boost makes it a ride I’d be proud to roll in anywhere.

I’m pretty sure there’s only one more gallery left.  Check back to catch it.