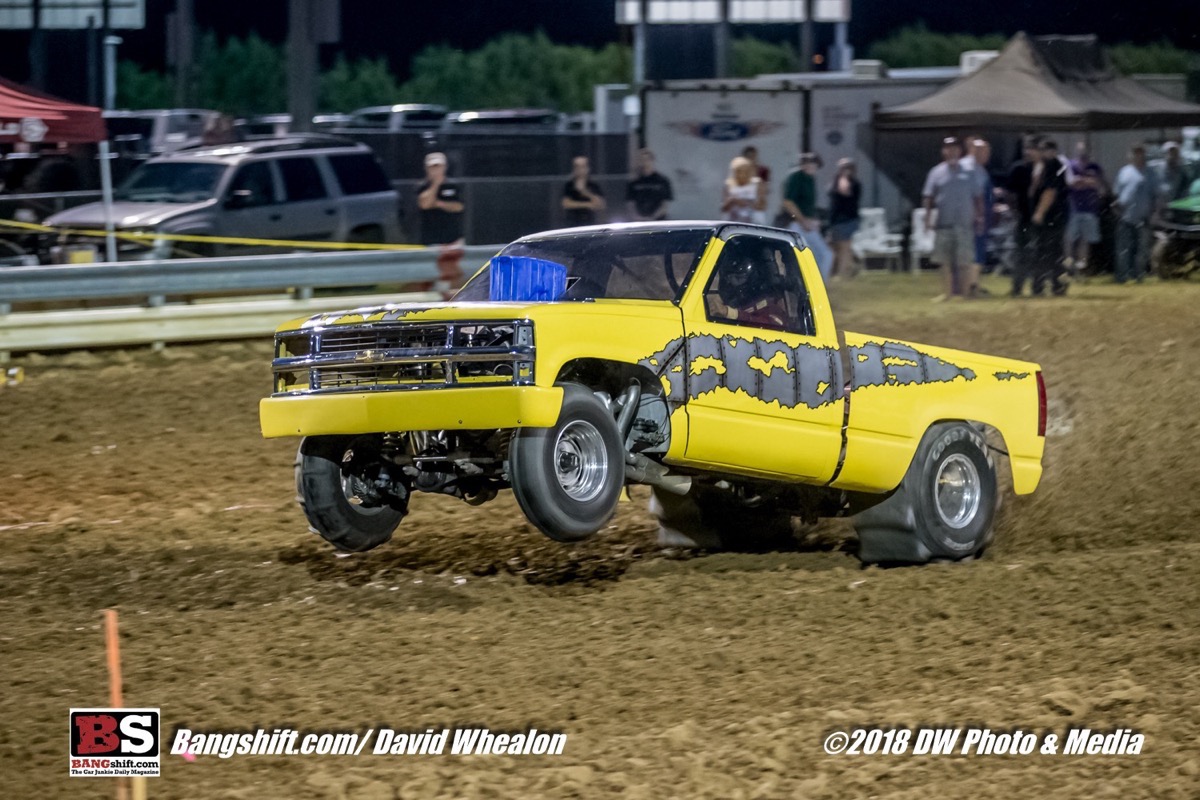 (Photos by David Whealon) – Here’s our second gallery of photos from the recent Mud Racer’s Association event held at the awesome GALOT Motorsports Park in North Carolina. Normally the place is known for pulling tractors and killer eighth mile drag racing but on this weekend, that pulling course was churned up, wetted down, and turned into the racing surface for the Mud Racer’s Association awesome brand of high performance fun.

People race stuff on every type of surface from boulders to ice. Dirt is likely the most red on surface in America when we think about it objectively. When one thinks of all the dirt oval tracks, the mud courses, the sand drag strips, and mud racing facilities then add in all the gazillions of participants, it seems only right to consider that even in 2018 dirt is the most used racing surface in this country.

Enjoy these images from David Whealon. He’s the man and these action photos capture the fury of dirt racing.

Classic YouTube: American Cars Of 1974 In The UK...Not Well Received, No Doubt! 2018 Carlisle Ford Nationals Photo Coverage: Blue Ovals Of All Shapes And Sizes With A Late Model Flair