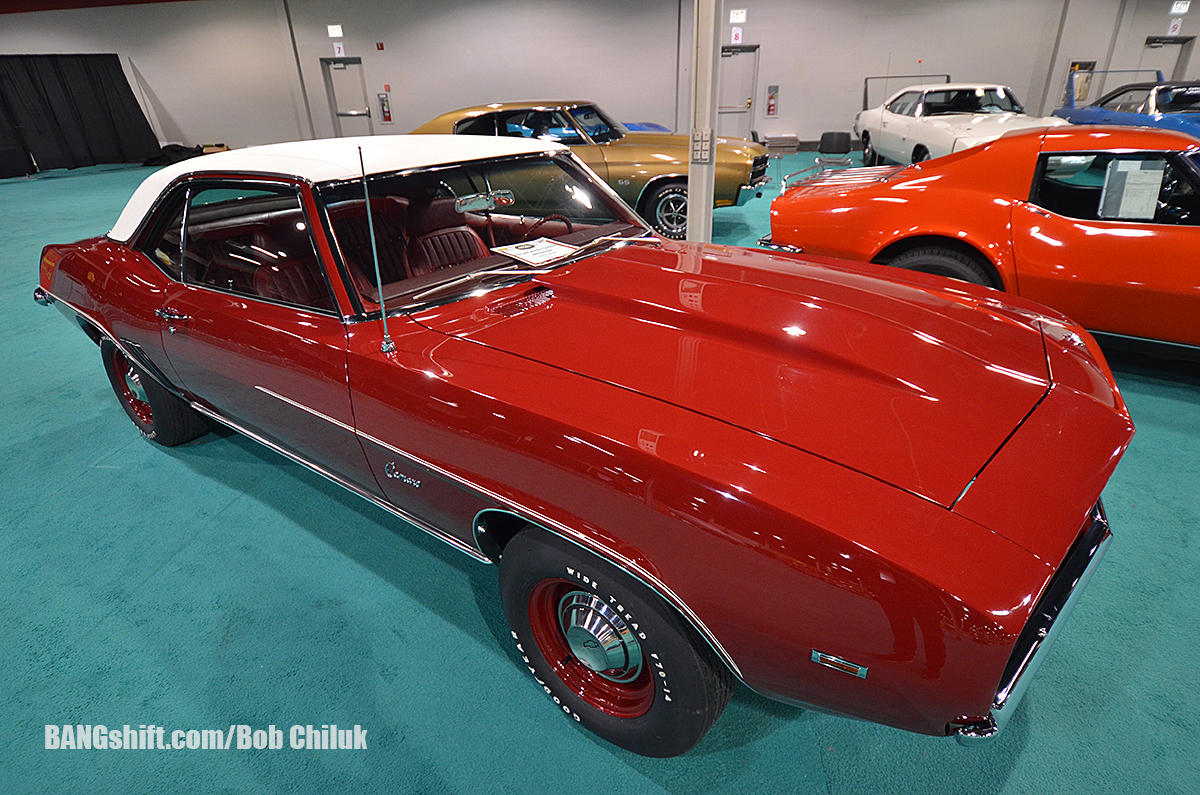 Here’s our second gallery of photos from Bob Chiluk!

(Photos by Bob Chiluk) The Muscle Car and Corvette Nationals are the World’s Largest indoor car show showcasing muscle cars, Corvettes, and dealer-built supercars, and thanks to our friend and BANGshift contributor Bob Chiluk, we’ve got galleries of photos from this awesome event to share with all of you. This is a very large show and one that has all kinds of cool vehicles on display, along with vehicle debuts, celebrity appearances, and more. There is no shortage of stuff to drool over, and they’ve even got a really neat survivor area of the show that has some really epic finds.

If you like barn finds, then you will dig that gallery for sure, and we’ll have it rolling tomorrow.

There are a lot of rare and interesting muscle cars at this show, including stuff that was designed to travel the show circuit and then disappear, and never again see the light of day. This event has those kinds of cars in spades, and it is awesome to see them in one place.

You need to put this show on your list of events that qualify as “must attend” for next year. We already have and we want to join our Chicago area pals to help with the coverage in 2023. Yeah, it is cold and crummy up there this time of the year but that is part of the fun. ANYONE can do a badass car show in great weather but only the hardcore fans will battle the elements. These photos are great.

And Bob has done such a great job covering this event in years past that they allowed us to have a Bob Chiluk, BANGshift.com, Pick for this year’s show. We’ll have a dedicated gallery just to that awesome Mopar coming later in the week. In the meantime, check out our first gallery and use the link below to see any you’ve missed before.

Thanks again Bob for doing such a great job at this show.

CLICK HERE TO SEE OUR OTHER PHOTOS FROM THE SHOW