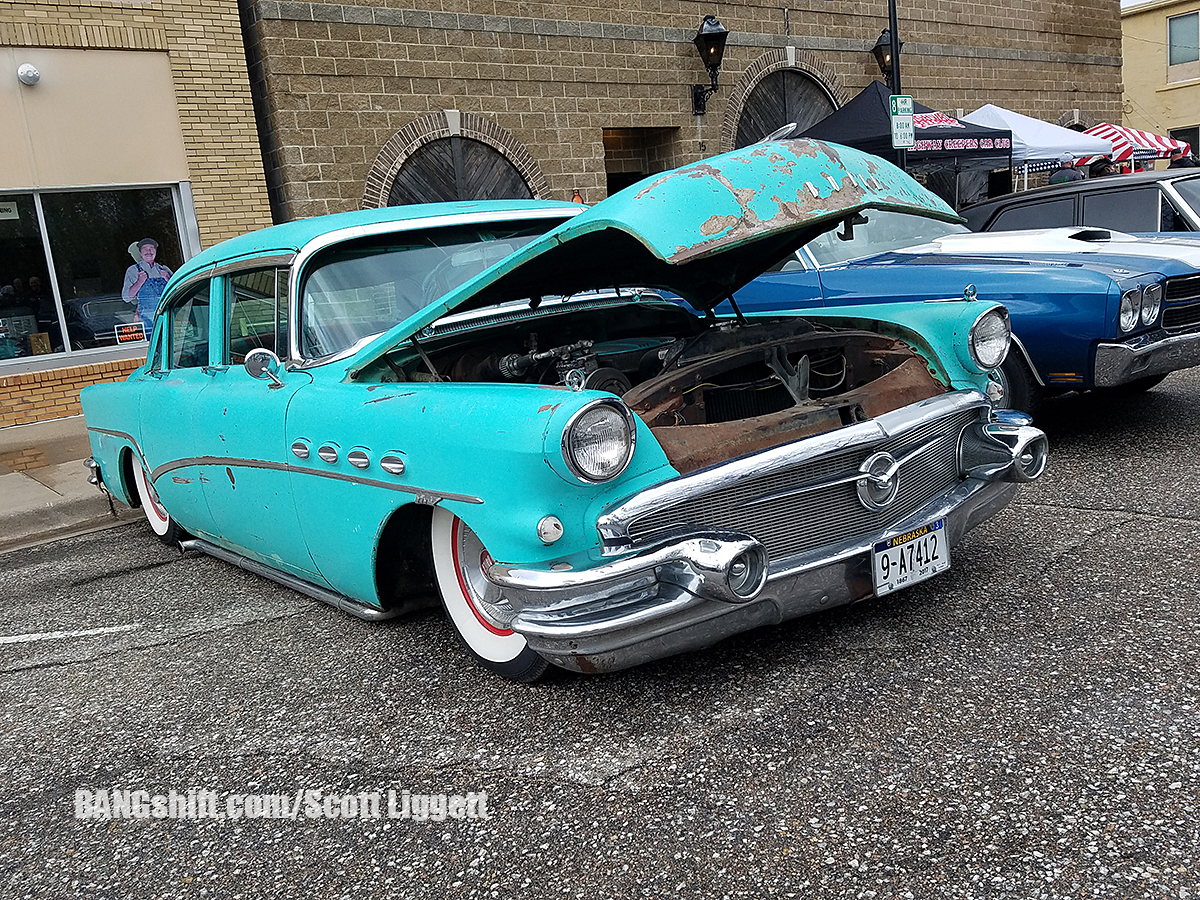 (Words and Photos by Scott Liggett) It’s all here! Every photo from the 2021 event we could find. Check out our first gallery below and then use the link to see the rest. We really like the members of the Highway Creepers for a lot of reasons. Their Rock N Rods car show kicks off the outdoor car show season in Central Nebraska. They don’t take themselves so serious and they genuinely just want everyone attending their show to have a good time. They welcome every kind of vehicle into their show. And, they drive their cars. Everywhere. The Creepers may be a bit scruffy and rough around the edges, but they sure know how to run a car show.
There are a lot of people that think having a show in April in Nebraska is just plain crazy. The weather here can have rain, sleet, snow, tornadoes, or even blazing sun. Mother Nature has been known to throw all of it at the residents on the same day. But, that doesn’t stop the Creepers, or the people attending the show. This year, the weather started out barely 40 degrees with rain, but people were driving in with cars with no roof, no windows and some barely had a floor. We at Bangshift love guys and gals who aren’t afraid to drive their automotive creations in less than perfect weather.
The Creepers kind of got a reputation of being a bunch or rat rodders, but one look at their members cars will tell you that isn’t true. Sure, some members have rat rods, but others drive the big finned cars of the late 50’s, some have low riders, some have pickups, and some have motorcycles.
Check out the wide range of vehicles in our galleries from the Highway Creepers 7th-ish show.

Mammoth Photo Collection: Here Are All Our LSFest West Photos From 2021 In One Place! Check Them All Out! BangShift Reader Brawl: What's The Most Harsh, Hardcore, And Awesome Amateur Automotive Competition On Earth?