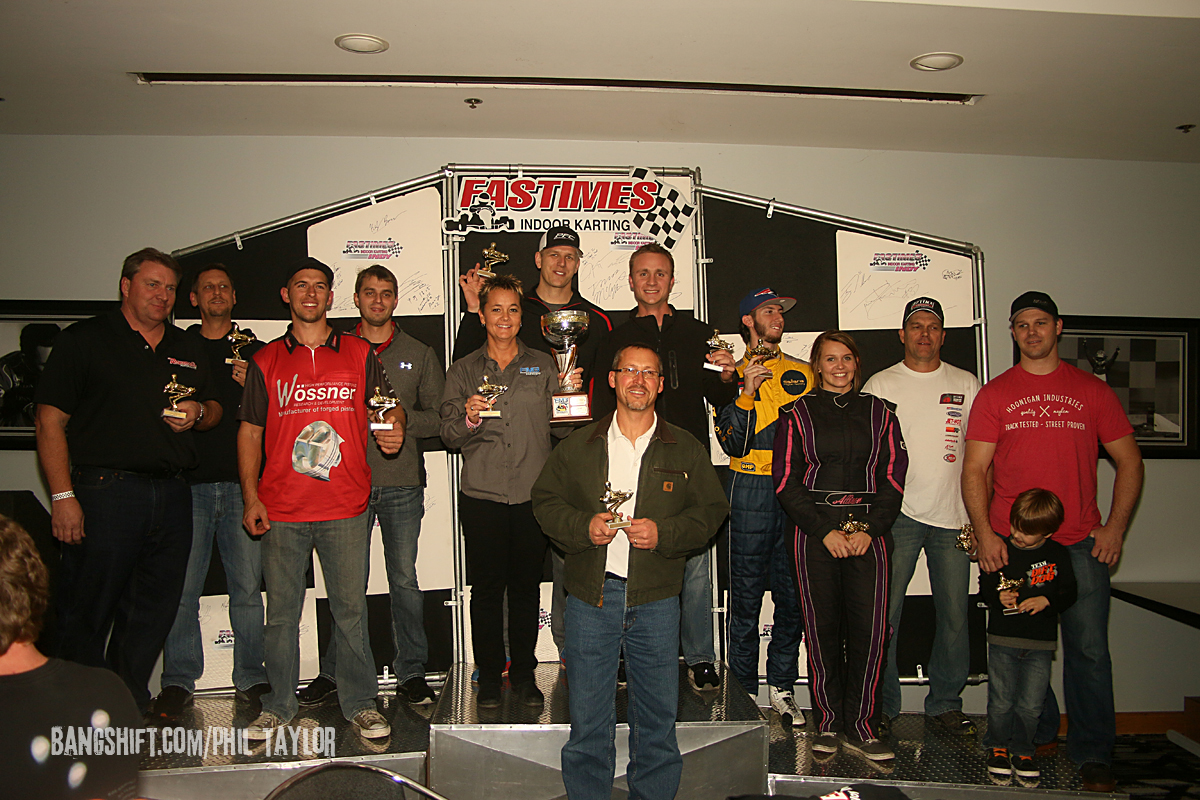 After a fierce battle, that included multiple heat races to get into the final main event, Team Optima Batteries took home the win in the 2015 FM3 Karting Extravaganza presented by BangShift.com. Going into the final heat race it was anyones game for which 8 teams would make it into the final race. With teams like Holley, RAFT, RSRR, Forgeline, Strange Motion, Raymond’s Performance, Optima, My Shop Assist, Mac’s Tie Downs, and defending Champs QA1 it was anyones game, but a few teams stood out. Team Holley was flying, RAFT was the threat you expected, RSRR came out swinging, QA1 brought in ringers, and everyone else was working to make sure they finished where they needed to in order to make it to the final championship race. They would then put their quickest driver of the night in for one final race, with the winner taking home the coveted trophy.

The twist? We inverted the field for the final championship race and that meant Holley and RAFT, who had been the quickest all night, were in the number 8 and 7 starting positions respectively. With only 10 minutes to race in the final round, getting to the front and/or protecting your lead would become an important strategy. Ultimately, after several lead changes, Team Optima Batteries took home the win and successfully dethroned QA1. Congrats to the entire team, including Carrie, Tyler, Clay, and Randy!

Team Raymond’s Performance and RSRR finished 2nd and 3rd respectively and our congratulations go out to all competitors.

Click any of the photos below to see all the action and fun! Big thanks to Fastimes Indoor Karting. This place rules and is a great venue we love coming to each and every year. And thanks to all the competitors who showed up and raced with us. It was a riot and we can’t wait until next year.