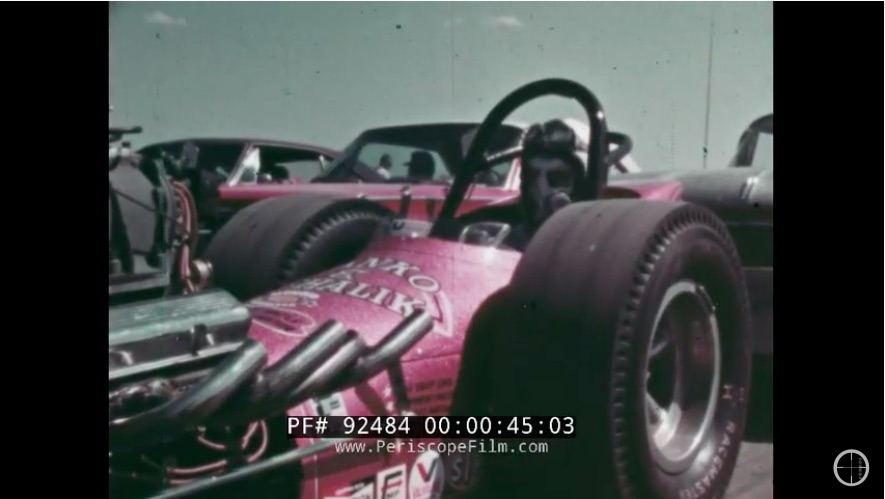 Back in the late 1960s the United States was absolutely gaga for motorsports of all kinds. Stock car racing, drag racing, sports car racing, open wheel racing, and motorcycle competition were all booming. Manufacturers were pouring money into various series and the object of the game was simple. Win. Millions of fans were showing up across the country at venues and events to party and to root on their favorite cars and drivers. Other major companies were looking to hook on this action was well and Coca- Cola was one of them.

This video called, “Pit Stop” is basically a driver’s education film that is dressed up to look like a racing film. Hell, maybe it is a racing film dressed up as a driver’s ed piece. What we do know is that it is wall to wall cars. Some of the passenger cars shown are cool, like the Buick GS that kind of winds its way through the whole video. You’ll see racers like Mario Andretti and others getting after it. We think that it’s really cool the drags got a nod here among the other perhaps more high profile forms of competition.

If you were born in the first half of the 1950s and you were coming of age to get a license in the late 1960s, there’s an excellent chance that you actually watched this film. Did anyone see it as a fresh release? We think that this is a fantastic watch!

One thought on “Awesome Video: This 1967 Piece By Coca Cola Called “Pit Stop” Highlights Every Major Form Of Racing”