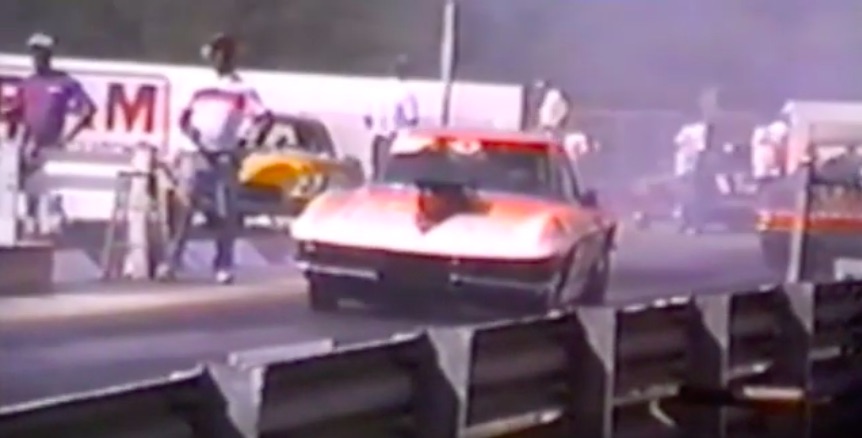 Oh yes. Ohhhhhhh yes. This is an awesome American Powertrain Parting Shift because we are going to take you back about 30 years or so to Piedmont Dragway in North Carolina. Here we are going to watch a load of screaming small block stick shift drag race cars attack one of the most famous and cool eighth mile drag strips in the country. Interestingly this video comes from a time were sportsman drag racing, especially in the Southeast had taken a pretty hard shot to the yam bag because the IHRA discontinued class racing outside of three index categories for the 1988s season. Why did they do that? Who the hell knows but it was not a smart idea.

Thankfully the racers did not go away, they reformed themselves into different groups, one of which we see here competing. The group we see here is the Sportsman Class Racing Association and according to the notes presented with this video, Moroso was a big sponsor of theirs and the group raced hard and raced with strong volume wherever they went.

The IHRA would bring back their class racing program shortly after the 1988 debacle but the damage had been done. It took years to recover the car counts and many racers in the end decided to defect to NHRA, to continue with regional racing in groups like this or to sell their stuff and go fishing.

Drag racers are resilient and tough, especially when we look at the racers in this video launching at 10,000 RPM and ripping their shifts down the course!

Battle! Watch A Log Skidder and A Bulldozer Have A Push-Off In The Wild! Return Of The Mack: Watch This Forlorn Mack Model B61 Get A Fresh Lease On Life And Go Back To Work