Fun Historic Video: The 1982 NHRA US Nationals Sportsman Finals Were Full Of Cool Cars and Drivers 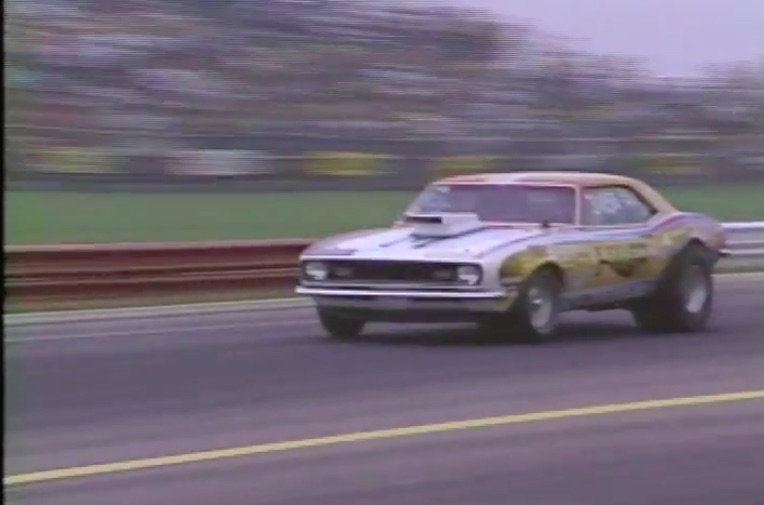 Why run a video showing the sportsman final rounds from the 1982 NHRA US Nationals on a random Sunday in March? Why not? It’s the internet. Plus, who does not like to see cool drag cars getting their groove on while Dave McClelland makes the calls? We know that we love that junk and that’s doubly true when the cars are sportsman level variety and we to see stuff like the long dead Pro Comp eliminator contested.

It was a murky Monday at the 1982 running of the US Nationals, apparently. We’re not sure if it was murky and sweaty or murky and cold but judging by the attire of the participants and crew guys, it was probably late summer Indiana hot that day. It usually is.

It is always fun in these videos when famous names appear. Guys who were racing their way “up” so to speak. In this case we’re talking primarily about David Nickens, the second most winning competition eliminator racer of all time and a highly respected engine builder out of the greater Houston, Texas area. Nickens is still building big horsepower engines for customers all over the country but he has long since parked his stick shifted Datsun Z car.

We’re not celebrating anything specific with this video, just watching some good old fashioned sportsman drag racing. What’s wrong with that?

The Kia EV6 Is A Stylish, Affordable, Up To 500hp Electric Car For The Masses - Will It Sell? Retro Review: This Look Back At Motor Week's Drive Of The The New 1988 Chevy Cheyenne Is Great

3 thoughts on “Fun Historic Video: The 1982 NHRA US Nationals Sportsman Finals Were Full Of Cool Cars and Drivers”