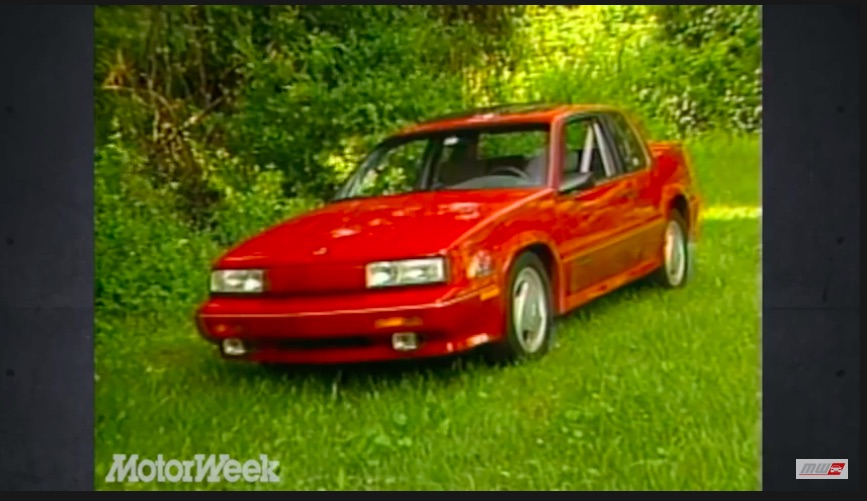 We love to play the old “when’s the last time you saw one of these…” game around here. It is pretty fun to have your memory jogged about interesting or strange cars you forgot about existing until video of one pops right back up in your face. Take this review of the 1990 Olds Cutlass Calais International Series Quad Four. We had totally forgotten about these hot little numbers and then were shocked when we did some research to se what the sales were like. With only 1,454 produced in 1990 the chances are great that you have NEVER seen one in person. In case you think that sales exploded in 1991, they sold 671 that year! So just over 2,000 of these cars were ever built before the model was replaced a couple of years down the line. Wild!

With a shipping weight of about 2,800lbs, the angry 2.3L Quad4 engine, a five speed stick, and some aggression you could roast tires and rip off 16-second quarter mile times at will. The car got to 60 in 8.8 seconds which is even reasonable by today’s standards some 30 years later. But no one bought them. The coolest part of this is the revelation at the end of the upcoming 442 model that removes all the luxury but keeps the performance.

Now we want one of these.

Interesting History: This Study On The Evolution Of NASCAR Tracks Is Fascinating - How'd It Happen? This 1972 Video Featuring Chevy Trailers And RVs Is So Cool - An El Camino With A 5th Wheel?!