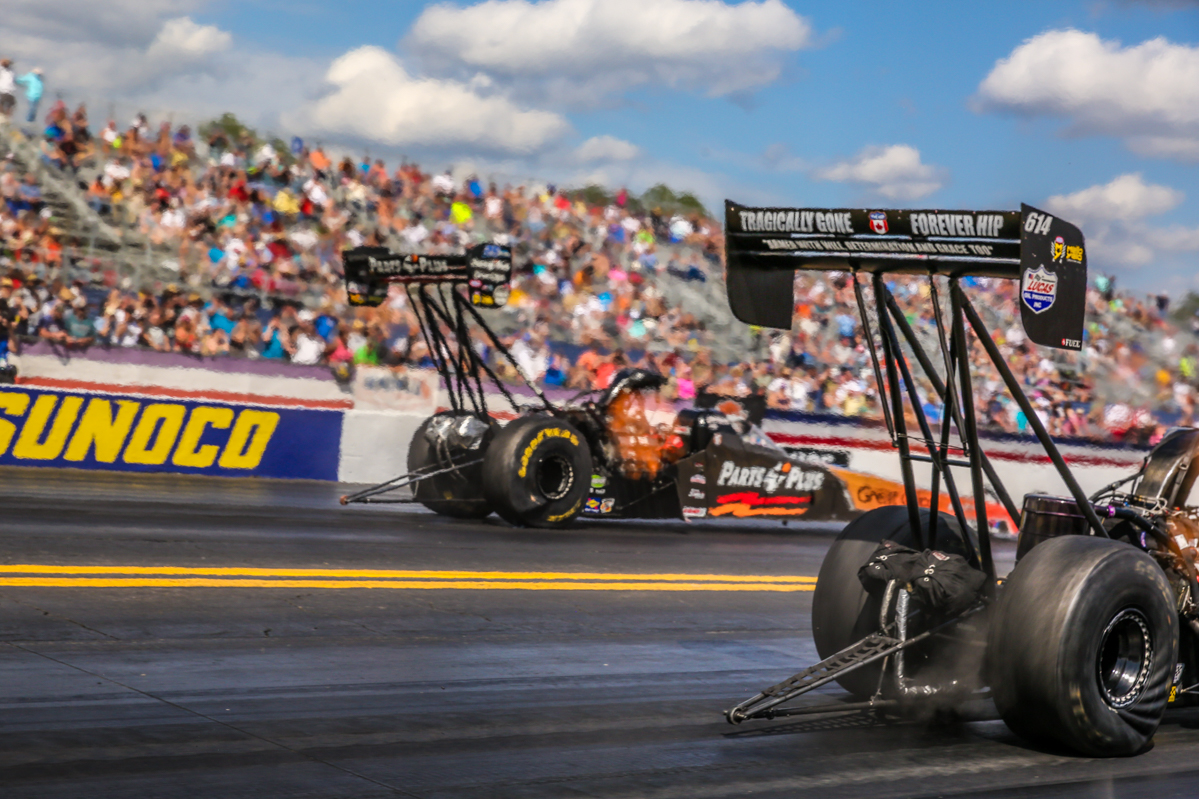 (Photos by James Champion) – We’re barely even getting started with James Champion’s awesome 2018 Amalie Oil NHRA Gatornationals photo coverage. Yeah, we picked things up on Sunday but the reason for that was so we could show you the rest of the awesomeness starting with Thursday qualifying tomorrow. In this gallery it is more Sunday eliminations action as well as sportsman parade of champions fun and professional winner’s circle images.

The sportsman parade of champions is a fun deal as we near the end of every event. Why? It is our time to give the spotlight over to the sportsman racers who had been on the property running their wheels off since Thursday and clawed all the way to the end of the weekend on Sunday afternoon. The stories that come out are amazing. From people who have been trying to win a race for 50 years to guys who are barely out of a junior dragster running roughshod over everyone else, everyone has a unique perspective to share.

The Gators were a BIG race. Huge crowds filled the place all weekend long and the second largest facility on the NHRA tour was declared sold out on Saturday. It was awesome weather and gnarly cars that kept ’em coming. We’ll keep coming with more photos tomorrow.

Mighty Car Mods Build A Z-Car! Take A Look At The Resto-modification That This Fairlady Z Is Undergoing! Morning Symphony: Ride Along In A 1UZ-Powered Mazda Eunos Along Coastal New Zealand Roads!