2019 PDRA Mid-Atlantic Showdown Photo Coverage: Before The Thunder and Lightning, It Was Both on The Track!

May 10, 2019Brian Lohnes1320 Drag News, 1320 Event Coverage, 1320 Gallery, BangShift 1320, BangShift Galleries, DRAG RACES, Drag Races, Event Coverage, GalleryComments Off on 2019 PDRA Mid-Atlantic Showdown Photo Coverage: Before The Thunder and Lightning, It Was Both on The Track! 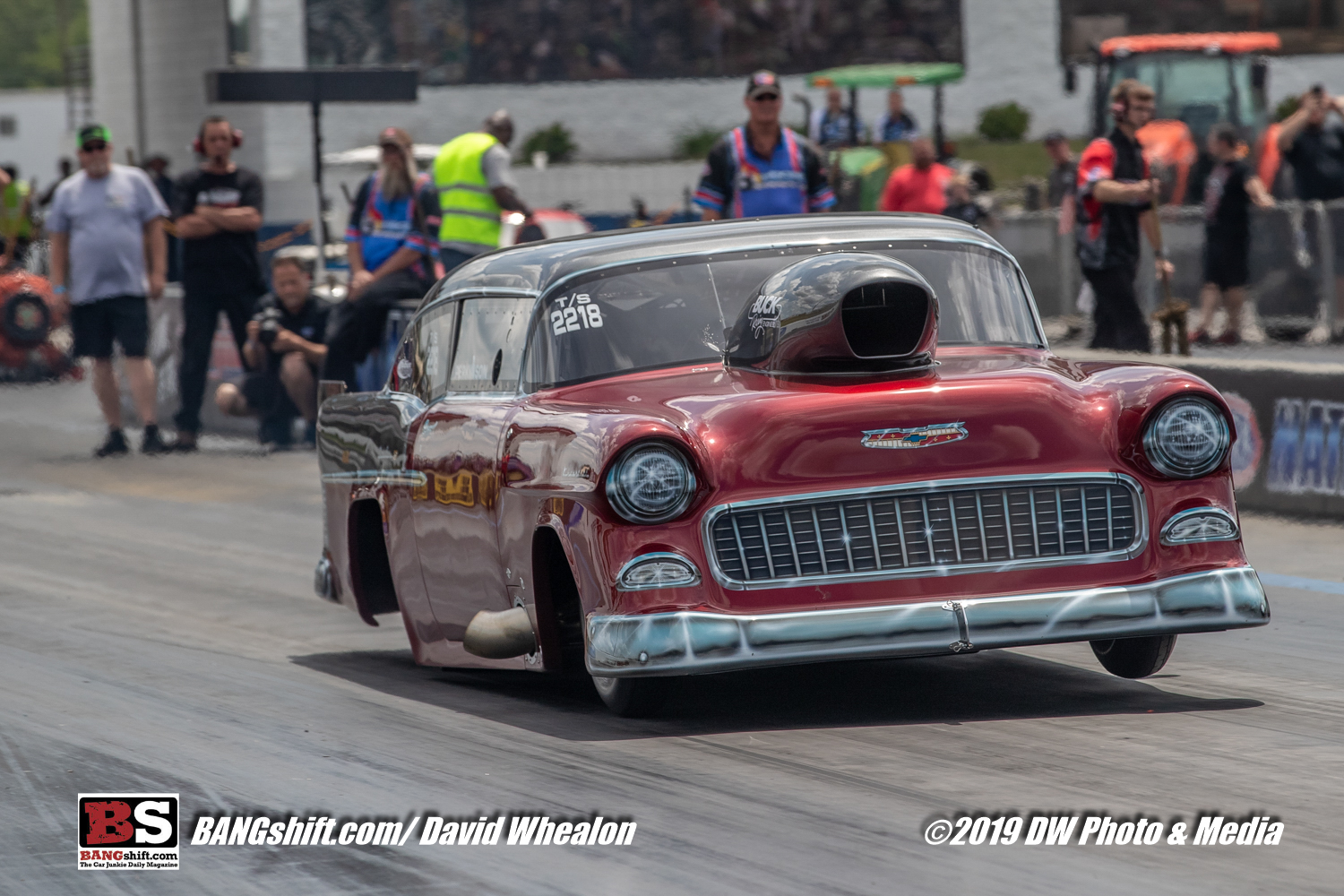 (Photos by David Whealon) – Yes, thunder and lightning storms put an early end to the PDRA Mid-Atlantic Showdown but before that stuff came from the sky, it was emanating up from the track as the best door slammer racing in the eighth mile world saw upsets, hardcore runs, and a bunch of amazingly tight side by side competition. The final rounds from the event will be contested at the Maryland Event which is coming up in just a couple of weeks. Racers will make those final round runs during qualifying and the event will be officially put to bed.

Tyler Crossnoe who is the Series Director and also the manager of Virginia Motorsports Park where the race was run is one of the most impressive young guys in drag racing. Barely into his mid-20s he has done and accomplished more than most people twice his age have in a lifetime. He’s working as hard was we have ever seen anyone in this sport work now and it is paying off. The track looks amazing and the directional changes he has made with the series have benefitted racers with a newly refined scheduled and other tweaks.

David Whealon blasted these awesome action images that we think you’ll love! Check them out here –

How Good Are The Aeromotive Gen II Stealth Tanks? - Watch This Video And Find Out! Into The Mind Of The Master: This Look Back On Smokey Yunick Is Awesome!