American Powertrain Parting Shift: This 8-Second Stick Shift Mustang Is Built On A Budget And Driven By A Boss 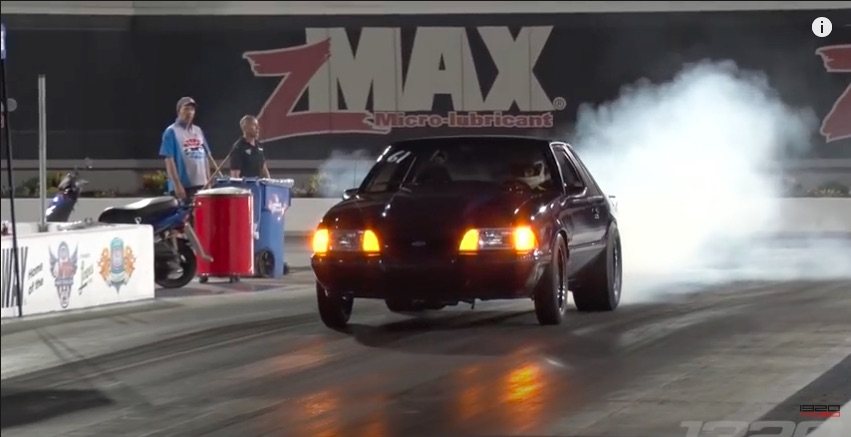 This is a modern hot rod that highlights everything we love about drag racing, smart guys, and being fast because of brains and not bucks. The car is a clean and relatively sedate looking FOX Mustang with an 8.2-deck small block in it. The engine is being force fed by a cheap off-shore turbo that cost about $500. The driver is also the guy who built it and falls in the vein of so many fast guys at the strip. Quiet, non-bragging, pretty surprised at how hard the car actually runs, this thing is a beast on every level and that skinny kid turns into a monster behind the wheel.

This video was taken at the Street Car Takeover event in Charlotte a while back and it highlights this car’s romp through the stick shift class and to say that the little Mustang is impressive is an understatement. You’ll watch it run high 9s coasting at 108, high 8s at over 140, and then in the final after some tire slip and the driver needing to really let it rip, the car traps at 164mph! Now it was smoking after that run but it’s legit the only time the guy really ran it out the back door with his foot down.

When we look back at the cars we really love in hot rodding and drag racing they’re like this one. Just simple, fast, and totally unassuming from the owner right on down. Awesome!