Airstrip Drag Racing! Check Out The Footage From The King Of The 28s Race In Hutchinson, Kansas! 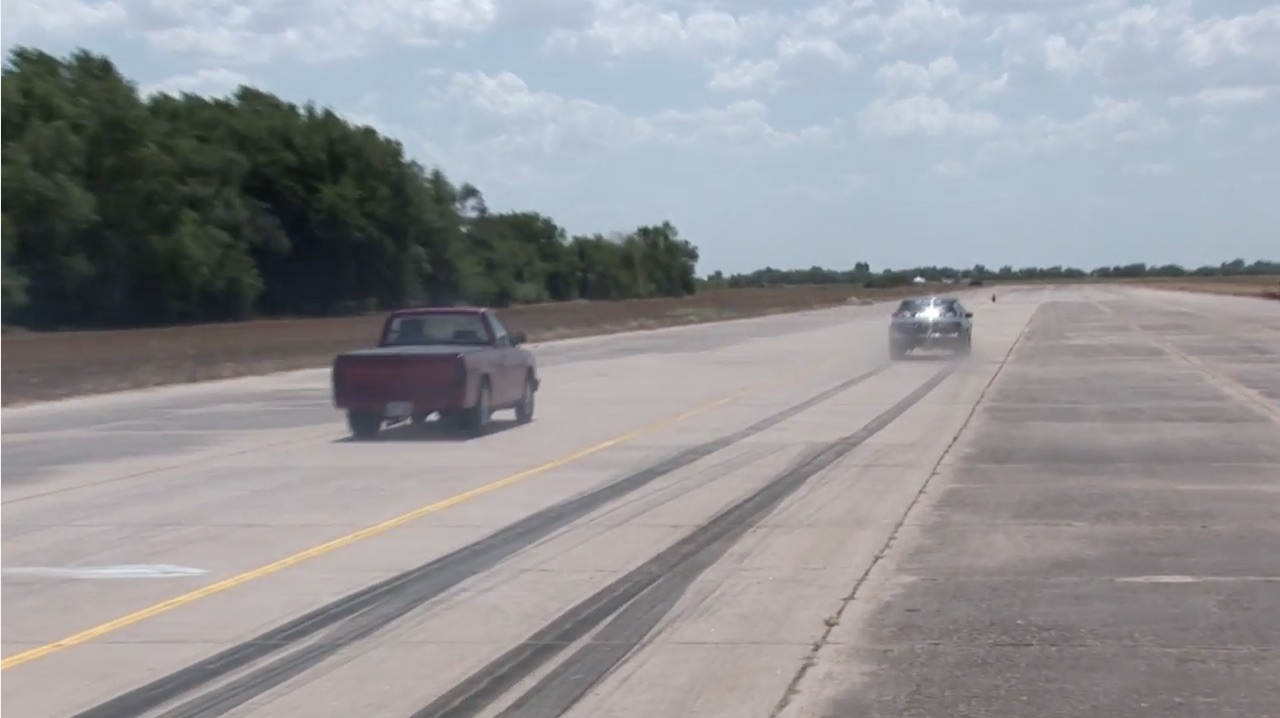 More or less in the center of Kansas is the city of Hutchinson. It’s known for salt mines and being the home of the Kansas State Fair, but what isn’t mentioned so often in the pamphlets is that every now and then at the airfield in town, some serious racing goes on. It’s a great throwback to what took place in the hot rodding scene once World War II wrapped up…people who had learned what speed could really be took their jalopies out to an airfield, lined them up side by side and let ’em eat to see who had the faster bucket of bolts. Not that much has changed in all of those years, has it?

Avoiding the inbound traffic at all costs, flagger Limpy was working the line and the drivers were working the hell out of their tires…or ignoring their pleas for mercy and re-striping the runway with dark lines that couldn’t be missed by an approaching Cessna. Check this out!

Weirdest Tow Truck Video Ever: Watch A Motorcycle Get Speared Into The Back Of An Acura - What?! Question Of The Day: What's The Most Disgusting Thing You've Ever Cleaned Out Of A Car?

3 thoughts on “Airstrip Drag Racing! Check Out The Footage From The King Of The 28s Race In Hutchinson, Kansas!”