Hear The Legend Speak: This Awesome 1980s Profile Of Art Arfons Contains A Great Interview of The Man Himself 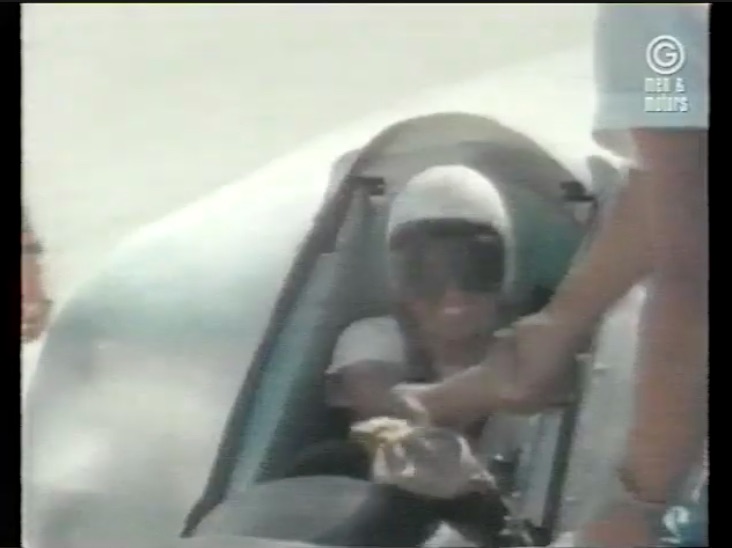 There are few people that I idolize in the cannon of hot rodding history but Art Arfons is one of them. I have written lots about him, I have made a long, long episode of my Dork-O-Motive podcast about him, and I have tried to learn every scintilla of information I could about the drag racer, turned land speed racer, turned tractor puller. This profile on the man and his machines from the 1980s show, “The exciting world of speed and beauty” is great as it contains a load of footage we had never seen before and a great one-on-one interview with Arfons himself where he shares some stories and his outlook on things.

The footage we’re talking about and many old photos make the piece. Looking at the famed “Anteater” a car he built the body for by hand at his shop on Pickle Road in Akron, Ohio actually in motion is a rare treat. That car failed to challenge for the land speed record but did manage to run some 350-mph plus with an Allison aircraft engine.

It was after the Anteater that Arfons went to jet power with a massive GE J-79 unit and began his quest for true land speed racing immortality.

This is a great and short look back at a truly good and awesome man.

Learn Something: This Profile On Motorcycle Drag Racing Engines In Engine Builder Magazine Is Great Properly Pro Street: This 1958 Chevrolet Del Ray Has Great Paint, A Blower, And No Tweed In Sight!

5 thoughts on “Hear The Legend Speak: This Awesome 1980s Profile Of Art Arfons Contains A Great Interview of The Man Himself”