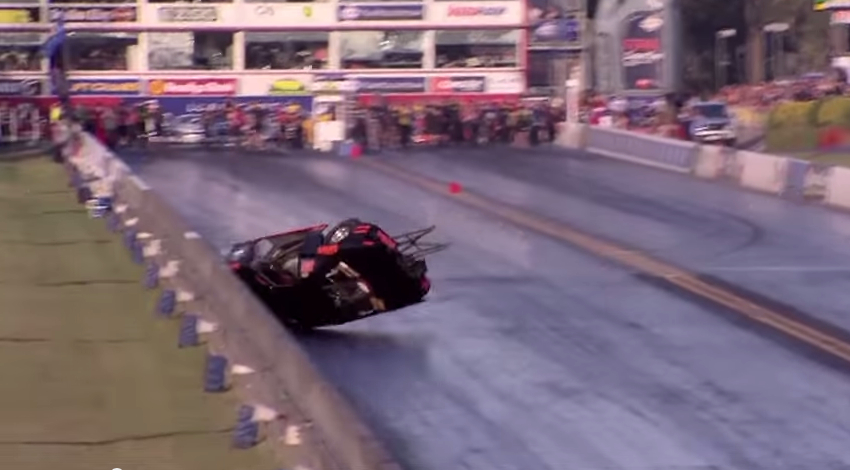 When Ben Bray crashed his wicked fast door car last year the thought of racing again wasn’t the first priority. After serious back and rib injuries had him in a full body brace for more than 3 months, just getting up and moving was a big goal. But this week Bray is back at it behind the wheel of the famed Hogs Breath ’57 Chevy Supercharged Pro Mod piloted normally by his dad Victor. Ben’s C3 Corvette will be finished shortly, but the team decided it was time for him to get back behind the wheel so he’s stolen, uhhhh “borrowed”, his dad Victors car for a comeback that has everyone watching. Is he nervous? Hell yes. Did you see the crash? If not, it’s included in the video below.

Congrats to the Team Bray Racing crew, we wish them all the luck in 2015.

California Hustler Nitro Funny Car Hustles It's Way To Rocky Mountain Raceway Project Possum: The Scamp Is A Running, Driving, Machine And It Is Headed For Power Tour...Tomorrow!