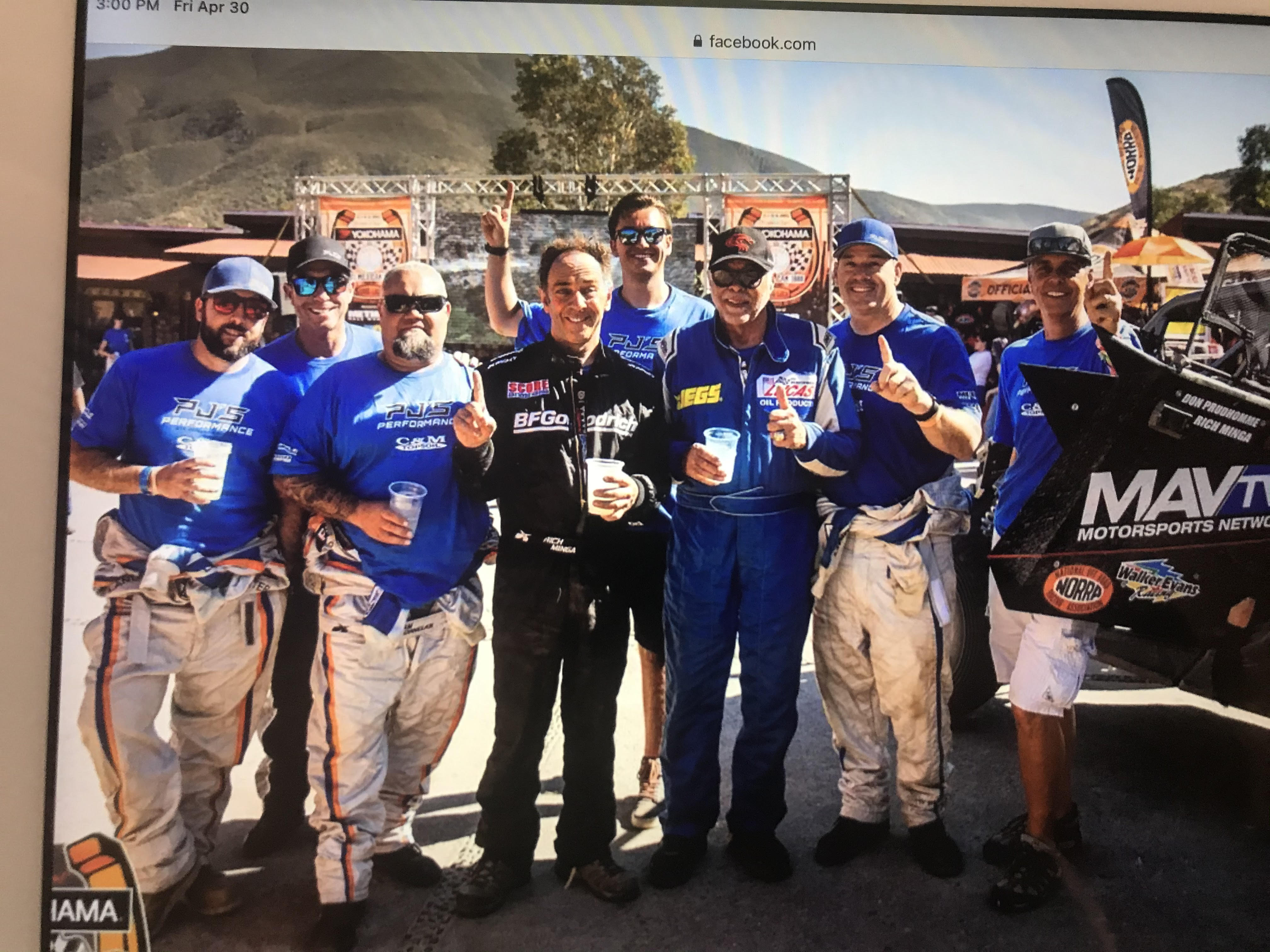 Driving 600 of the 1,000 miles himself, Don “The Snake” Prudhomme took home the win in his Lucas Oil MAVTV CanAm Maverick Turbo. It was his third time behind the wheel for this race and he wasn’t going to leave anything on the table this year. He and co-pilot Rich Minga took an early lead and did everything they could to set the pace for the race and do it their way. The did just that, finishing 31st out of 90 cars in a race that regularly sees 1/3 of the field not finishing at all. It’s a big win for Snake and we’re glad he got to do this thing again. Remember, the dude just turned 80 less than a month ago. This is rad and a testament to his drive to win.

Here is the full story from MAVTV.

VISTA, CA (May 3, 2021) — Drag racing legend and Hall of Famer Don “Snake” Prudhomme has added another accolade to his storied career: 2021 Yokohama NORRA Mexican 1000 class winner. On his third attempt at the grueling 1,000 mile race across the desert Prudhomme and his co-pilot Rich Minga took the checkered flag in the Evolution Stock Turbo class driving the MAVTV CanAm Maverick Turbo. Their winning time of 19:49:18 gave them a margin of victory of over three hours on their closest competitor. The MAVTV team finished 31st overall out of 90 total competitors, 26 of whom did not finish the extreme race.

“I am pretty sore but winning this race in the Turbo Class ranks right up there with any of my drag racing wins,” said an exhausted Prudhomme at the conclusion of the event. “I think I drove 600 of the 1,000 miles and Rich was great throughout the event. I have to thank Brandon Bernstein and MAVTV for their support. This was a great race and I am really proud of this whole team.”

Prudhomme competed in the event in 2018 and 2019 and this year was confident in his MAVTV’s team chances. Two years ago he was plagued with fuel pump issues but this year Prudhomme was running at the front of the pack in his class throughout the event. They held onto a sizable lead over the last portion of the race to secure the class win. The last time Prudhomme was in a winner’s circle was as a Top Fuel driver at the 1993 NHRA Chief Nationals (now NHRA FallNationals) at the Texas Motorplex in Ennis, Texas.

“I love this race and it is a great accomplishment to just finish, much less win the class,” added Prudhomme. “This is something new that I have gotten into and I just wanted to challenge myself. Throughout the race we are having a lot of fun and when we crossed the finish line it was a great feeling.”

The Mexican 1000 is a five-day, off-road rally run by the National Off-Road Racing Association (NORRA) as a celebration of off-road racing history and vintage off-road machinery. Cars, buggies, trucks, and motorcycles from all eras of Baja racing are eligible to participate in a variety of classes. The race begins Friday, April 23 in Ensenda, Baja, Mexico, and ends Friday, April 30 back in Ensenda. The course has been rerouted for 2021 to work within COVID protocols and will be a 1,000 mile loop.

For more information about the NORRA Mexican 1000, go to www.norra.com

About Don “The Snake” Prudhomme

Prudhomme, ranked No. 3 on the National Hot Rod Association’s list of “Top 50 Drivers,” helped define the sport of drag racing for more than four decades. When he stopped driving at the conclusion of the 1994 season, he had recorded four consecutive NHRA Funny Car championships (1975-78), was the then-winningest nitro fuel racer in NHRA history with 49 victories (14 in Top Fuel, 35 in Funny Car), including seven wins at the prestigious U.S. Nationals at Indy, and had recorded the first five-second Funny Car run, a 5.98 at the 1975 NHRA World Finals. His 5.63 clocking at the 1982 U.S. Nationals, nearly two-tenths of a second quicker than anything before, is considered among the greatest Funny Car passes ever. As a team owner, he saw an additional 63 victories before his retirement from NHRA. www.snakeracing.com

MAVTV Motorsports Network is the only television network in the U.S. dedicated exclusively to motorsports. MAVTV offers an unparalleled line-up of exclusive and unique events. MAVTV goes beyond the national mainstream motorsports events to include grassroots racing from across the globe: drag racing, pro motocross, sprint boats, rally cars, short course off-road truck racing, sprint cars, pro pulling, drifting, ice racing, and everything in between. MAVTV knows you don’t have to be a race fan to be an automotive enthusiast, which is why we have developed a package of automotive reality and custom build shows that are truly second-to-none. From 24/7 automotive and motorsports content on MAVTV Motorsports Network to the free and exclusive content available on MAVTV Select and the on-demand streaming service of MAVTV Plus, if it has a motor, it’s probably on MAVTV – The Motorsports Network! For more information, visit www.MAVTV.com

About the NORRA Mexican 1000

No other racing event immerses competitors in the food, drink, culture, and beauty of Baja, like the Yokohama NORRA Mexican 1000 – “The Happiest Race On Earth!”, and the competitors run the gamut from off-road racing icons and current stars, to adventure seeking average Joes and well-travelled lovers of Baja. NORRA has classes for bikes, quads, UTV’s, and 4-wheel classes for everything from vintage vehicles to state-of-the-art race cars. There’s even the Savvy Safari class for stock and slightly modified OEM vehicles (non-race vehicles). NORRA pays homage to the past and celebrates the future.