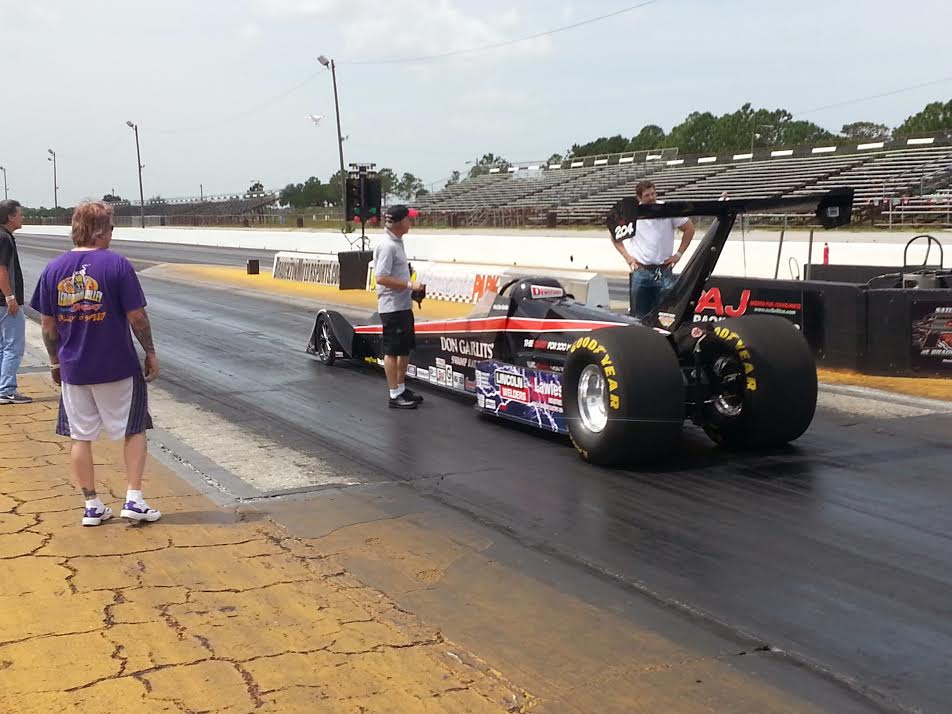 Update 3:30pm Eastern Time: On the third run with the dragster the power shut off unexpectedly at half track. The crew says that early numbers show that it would have easily been a 200 mph run, but a 600 amp fuse blew and they are tracking down the issue. Meanwhile the trans was leaking out of one of the seals, and the team determined it was a lack of proper venting that was causing pressure to blow through the rear seal. While guys were running around looking for a solution, Big Daddy emerged from the trailer with hose and zip ties in hand and fixed it himself before anyone else had a chance. The old dude has still got it!

We are told that the burnout from that run was epic. Pictures coming soon. Stay tuned for more updates!

50 years after breaking the 200 mph in a Swamp Rat Dragster powered by a Hemi, Don Garlits is trying to do it again with batteries. The team just ran 8.74 at 150 mph, after running a 10.05 at 124 early today at Bradenton Motorsports Park in Florida. Garlits was on the phone with Brad Hadman, who built the chassis and said “it drives straight like it’s on a string”. The team is trying to become the very first electric powered vehicle to run 200 mph on a 1/4 mile dragstrip.  When we climbed all over team communications manager Randy Cannon and said we wanted the exclusive, he came through, and we love him for it! Congratulations to the team, and particularly to Garlits who has had a tough year with the passing of his wife Pat almost exactly 3 months ago. We’ll keep you posted as they make more runs today in the quest for 200!

One thing we dig about this dragster is the fact that it was built totally Garlits style. The streamlined front end, monostrut rear wing, and overall look are exactly what you would expect from Garlits. We love it.

The HighTech Systems LiPo batteries that power this beast are incredibly similar to those found in a jillion Remote Control Cars and Trucks around the world. The LiPo battery is a super high tech, high amperage, cell that can discharge massive amounts of current very quickly. The also charge incredibly fast for the amount of power they contain, but can be incredibly volatile if not charged properly. Computerized battery charges, with sensors in each cell of the batteries, control the total amperage going into the batteries for recharging and are instrumental in not only getting the most power into and out of the batteries, but also in ensuring their long life. This is high tech stuff here. Pun intended.

The Quest for 200 MPH on Batteries dragster was built by Brad Hadman, created by Mike Gerry, art direction by Kenny Youngblood, car and logo graphics by Eric Reyes, print graphics by Tommy Naccarato, LiPo batteries by HighTech Systems LLC, and GE motors by Lawless Industries. Congratulations to all of them. 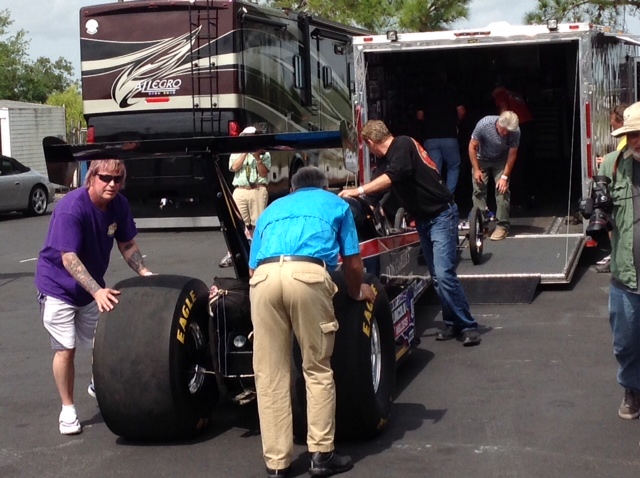 Unloading what would become the first battery powered vehicle to run 200 mph on a dragstrip. 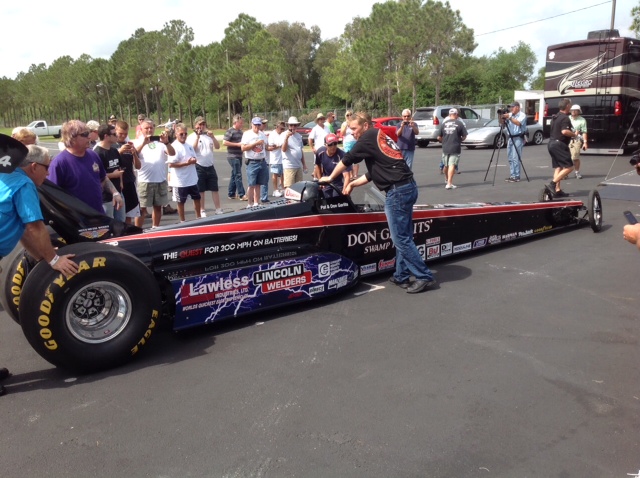 That’s a lot of people for a “private” test session!

The Fantastic Fords Continue - More Coverage From the 2014 FE Race And Reunion At Beaver Springs VIDEO: Gerry Marshall fends off a swarm of 2.0-liter cars in a Camaro at the 1971 Crystal Palace race