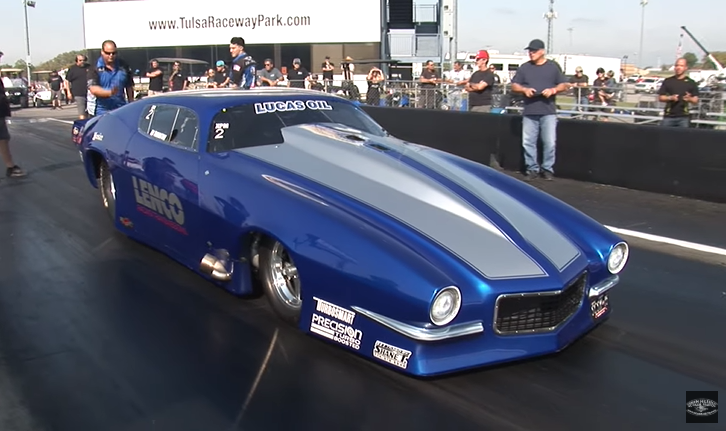 Tulsa Raceway Park was the site of some of the most bad ass drag racing in the country last weekend. With TRIPLE POINTS at stake for some racers, this was one important race for the season. The previous event, held at US131 in Michigan, had been canceled due to rain and had been a double points race. That meant that the racing from Michigan would have to be contested in Tulsa during qualifying for the actual Tulsa race. The racing was hot and heavy in all classes, and for good reason. The Championships in all categories were going to depend on the racing action that was supposed to have happened in Michigan. But the drama didn’t stop during Michigan eliminations during qualifying.

Nope, the results certainly tightened up the field but the championships still required everything to go just right for a few competitors in order to get the racing done and crown a new champion. We certainly had a great time watching all the action going down while we livestreamed the whole event, but these highlights from Urban Hillbilly Videos are great fun to watch and give you a completely different look at the action from Saturday.

Watch all the highlights below, and don’t forget to subscribe to Urban Hillbilly Videos too!

Free Live Streaming Drag Racing: The Fall Fling West Is LIVE Right Here On This Day: Welcome To The Gas Crisis Of 1973