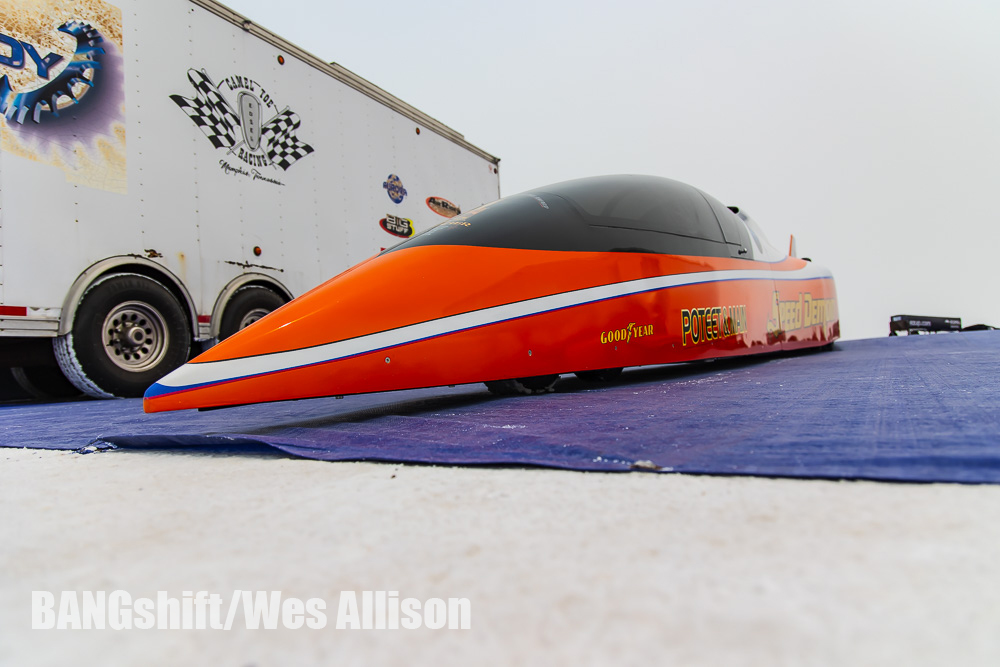 (Photos by Wes Allison) It’s Bonneville Speed Week baby! This is a magical time of year, as my friend Keith Turk would say, and since he’s got more 200 mph club memberships than anyone else on Earth, I think he’s a pretty spectacular judge. Don’t you? And since I have been the first car down the long course at Bonneville, just after sunrise on a particularly beautiful Sunday morning, I can tell you that there is no place like it and that’s a good thing. Bonneville is a party, a race, a history lesson, a family reunion, and so much more. It pains me to say that I am not going to be on the salt this year, but with everything going on we thought it smart to just send one guy and keep things simple. You know, like all the years I covered Bonneville all by myself for a week. Only with a better photographer, because Wes Allison is a badass. And we can’t wait to see everything he captures from the SCTA/BNI Speed Week at Bonneville!