CLOCKS ON! Murder Nova Runs 4.0 At Throwdown In T-Town 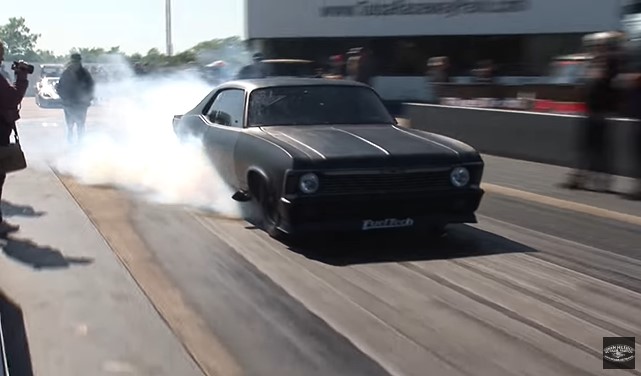 The Street Outlaws guys are often super secretive about what their cars actually run, since they are always trying to hustle a race, but not this weekend in Tulsa! Both Murder Nova and Daddy Dave were on hand racing in classes with the clocks on and both ran 4.0 second passes on more than one hit down the track. These two are crazy close on the performance front, although they look very different leaving and heading down the race track. There is no doubt that Murder Nova is all about aggression on the starting line when you watch it leave in this cool video from our friends at Urban Hillbilly Videos.

There are several passes by Murder Nova in this video, although a couple were definitely wise to abort, but even some of the full passes were certainly fun to watch because they were a handful. These cars look just as out of shape on the track as they do on the street on some of these passes and I think some of that is because they are so aggressive on the chassis setup that they hardly have the front wheels on the ground while heading down the track.

Classic YouTube: 1972 Southeastern 500 at Bristol Motor Speedway Random Car Review: A Couple Of Brazillian Ford Oddities For You To Enjoy!

14 thoughts on “CLOCKS ON! Murder Nova Runs 4.0 At Throwdown In T-Town”