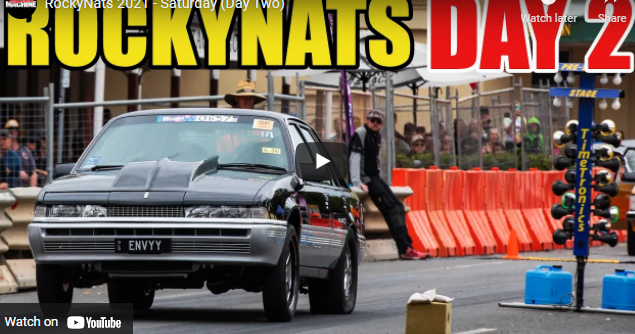 If you want to see great skids, as the Aussies call burnouts, along with some seriously rad show cars and hot rods then this video from StreetMachineTV is going to be right up your alley. There is some seriously cool iron on display in this sucker and you are going to want to check it out. Oh, and there is drag racing too! Yep, no prep has come down under!

The Aussies sure know how to have a good time, and RockyNats proves it. Like most of their big shows, there is tons of car show going on, lots of cruising, and epic burnouts happening each and every day of the event! This video is from Day One of the RockyNats and is brought to us by our friends at Street Machine TV. If you aren’t familiar with RockyNats, that’s okay as it is SuperNats but brought to Central Queensland in Australia. Check out the cool cars, and amazing burnouts. The talent to keep the car inside the barriers without running into them, all while moving around the pit like a champ, is what makes them better at this than anyone else.

And the engine combos are awesome. I used to wonder why anyone would need such big power to do burnouts like this, but now I know. It’s because the pit is so full of rubber, and with so much laid down on the ground, that it can get hard to spin the tires. All the marbles also make it hard to hold the car in one place sometimes, so the combo just makes it more of a challenge than you might think.