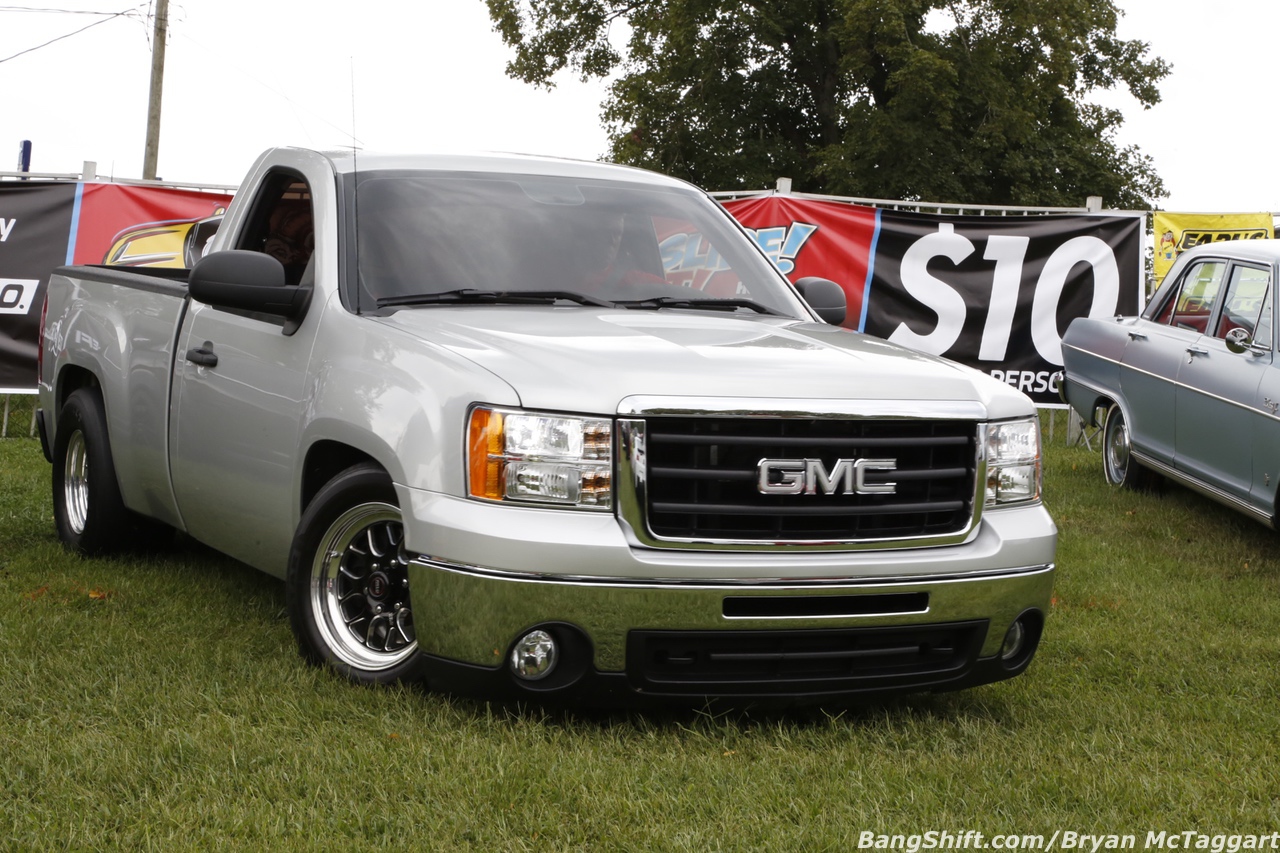 Saturday morning saw LS Fest in much of the same light as Friday had been. Everybody was concerned about when the weather would hit and whether or not the day’s activities would be affected by Mother Nature in her usual mentally-off state that she tends to be in over Western Kentucky. Lucky for the show-goers of not only the largest LS Fest crowd recorded, but the largest attending crowd at Beech Bend period, there was no need to be concerned…the weather wrapped up early in the morning and didn’t return until the very end of the burnout competition, so it was business as usual…cars down the strip, cars in the autocross, but if you wanted a real show, you headed back to a little tent next to the Dyno Challenge for a showdown. 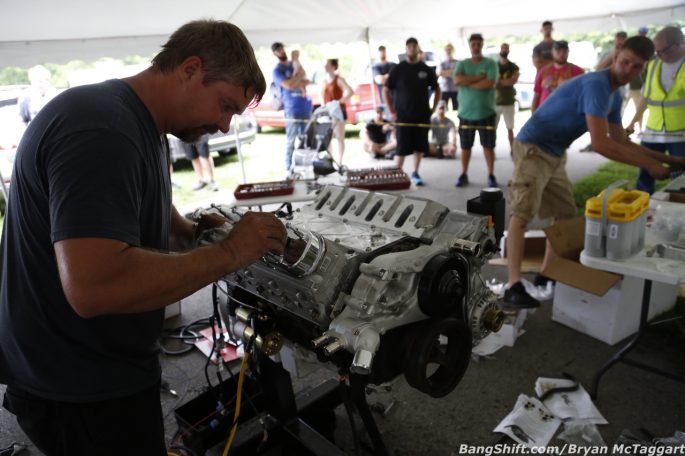 In past years, two teams would square off to perform an LS swap on a vehicle while being timed. This year there was a changeup…for this year’s BTR/Car Craft Bolt-On Power Challenge, the vehicle portion of the program was removed, and instead two teams would be taking on a junkyard-sourced, running 6.0L block and a pile of parts. The engines were fired off to prove that they were in good condition for the crowd, then with the blast of the airhorn, the clocks were started and the teams broke out the tools. On one side was a duo from Campbell Chevrolet in Bowling Green, Collin Pendley and Nick McIvor, and on the other was the father-son duo of Austin and Eric Bujnevicie, who hail from Cookeville, Tennessee and their shop, Psykotic Kustomz. For over two hours, both teams went to work swapping parts, which included a Holley Sniper EFI and throttle body, a Terminator LS fuel system, AFR CNC-machined heads, a Brian Tooley Racing camshaft and valvetrain, an Optima battery, a Sniper universal EFI fuel tank, ACCEL coils, a Holley rear-sump oil pan, Holley’s low-mount accessory drive mounting system, and a Hays flywheel.

At 2:10.48, the father-and-son duo clicked the button and let their engine roar to life, overpowering the booming voice of Chad, who had been announcing the deal while answering audience questions of all types. At 2:25, the Chevrolet wrenches lit the candles on their block. The Bujnevicies get to keep their engine, while the Campbell team was presented the opportunity to purchase the parts at a reduced cost. With that over, it was back to show cars and the sounds of power! 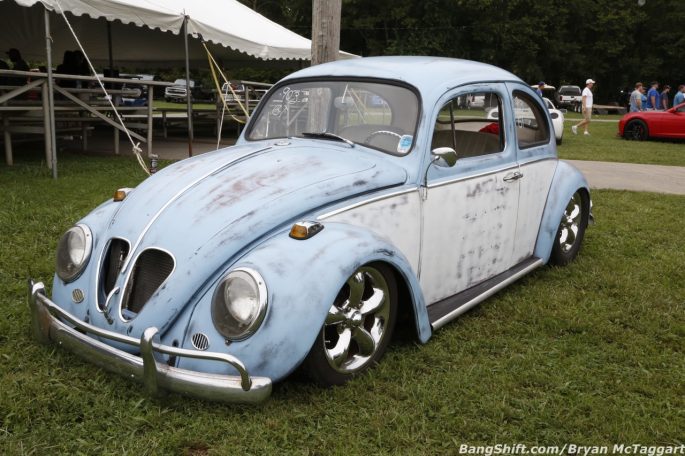 If you missed our last gallery, CLICK HERE to check out the burnout competition from LS Fest!

Hardware: This 1954 Video Highlighting How Screws Were Made Is Awesome - Quality Stuff Small But Classy: This 1953 Nash Rambler Country Club Hardtop Stole The Show At LS Fest