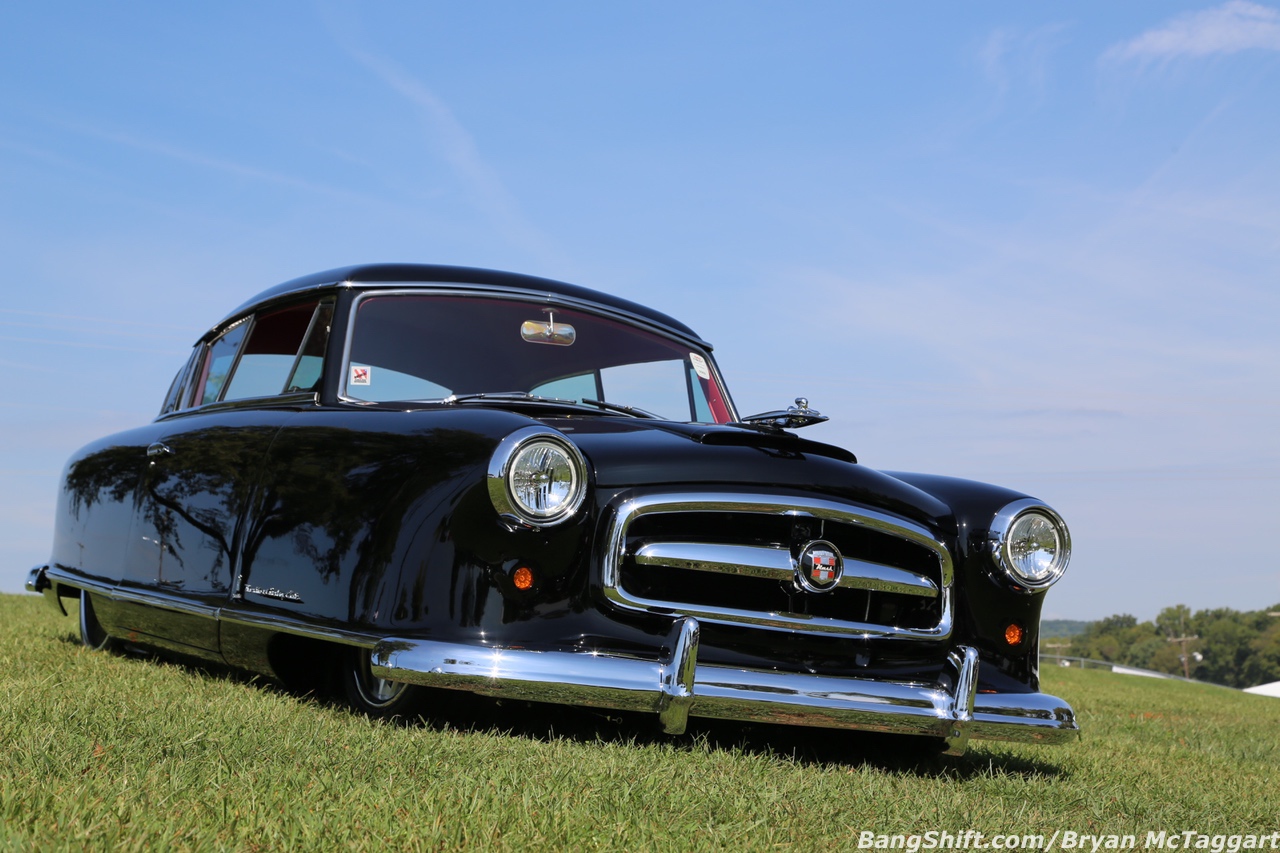 The Nash Rambler came out in 1950 and lasted through 1954. Then it made a second appearance, this time as the Rambler American, with very little changes made between the beginning and the end. The overall design was simple by choice…the idea was to be smaller than most cars but able to accommodate five passengers easily, while being lighter, too. That would make the little Rambler economical, but it wasn’t a stripper…Nash came out of the gate with the cars highly loaded to make sure that a “cheap little car” reputation didn’t sink the car’s reputation before it had a chance to prove itself on the market. And they were successful, unlike Kaiser’s Henry J or anything that Crosley cranked out after World War II. 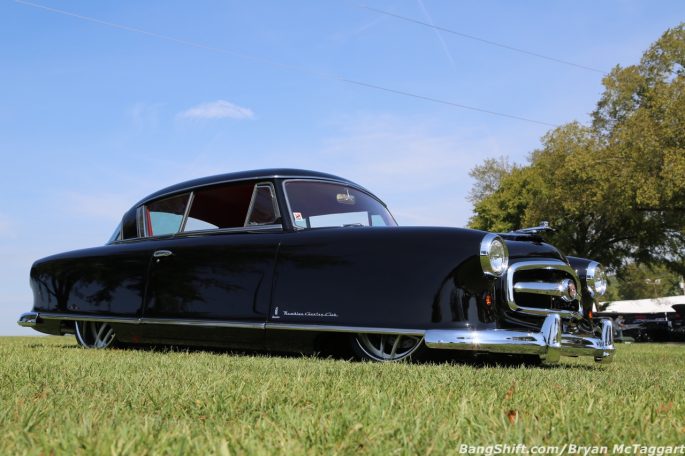 You can pretty much guess what the show field of LS Fest East looks like without even being there: lots of late model rides, swaps that go back to the musclecar era, and some tri-five goodness spread around. Any older and you start to dip into surprise territory. And at the top of the show field, well away from most of the cars and the fans, sat one very stunning surprise, dressed in black, it’s skirted fenders…all four of ’em…hiding rolling stock between the body line and the grass. Dennis Quin’s 1953 Nash Rambler Country Club hardtop coupe is the kind of car that you simply don’t see much of anywhere, anytime, in any condition. Restored, modified, even derelict, this era of Nash is rare to see period, yet here we were under sunny skies, with his car laid out, the closed wheel wells making the Nash look even lower than it already was. 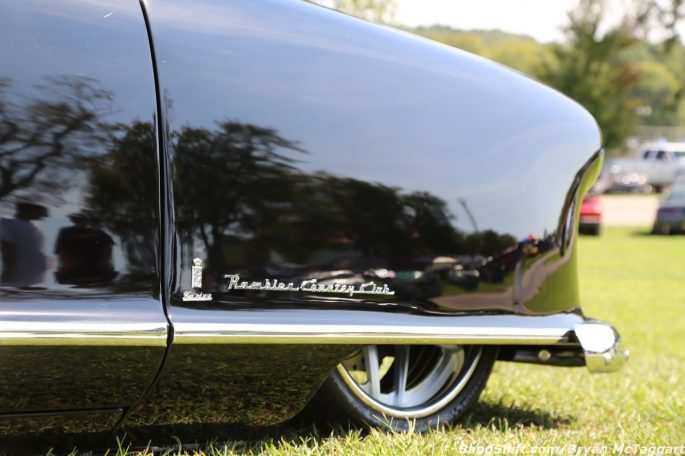 Other than some seams filled and a modern “shark fin” antenna fixed to the rear of the roof, the body is all Nash. Those front fenders are supposed to look like that. And the Country Club trim denotes the hardtop…look at the “C” pillar of the car, the part of the roof that cuts back towards the door from the glass. A two-door post Nash has a more traditional quarter-glass shape and the roof takes a traditional line down to the main body. Even the hood ornament is original…designed by George Petty, the idea of the ornament was that of “a sexy woman leaning into the future, bust down and pointing the way.” Kind of puts your kindly grandfather into an interesting light, doesn’t it? The cool thing about the hood ornament is that if you look closely at the left spar of the ornament, you’ll see Petty’s signature embossed into it. 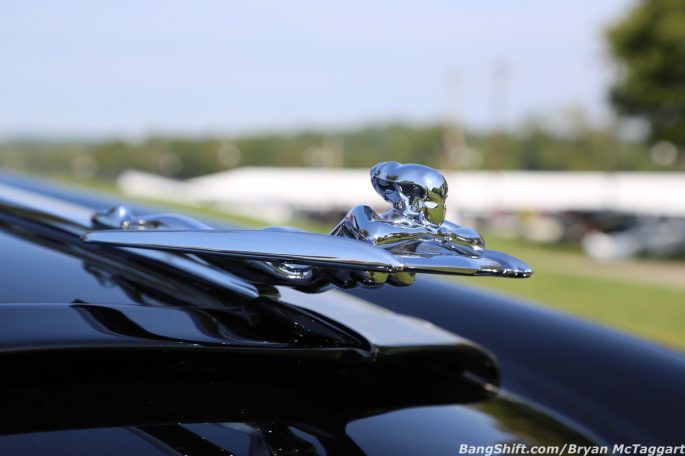 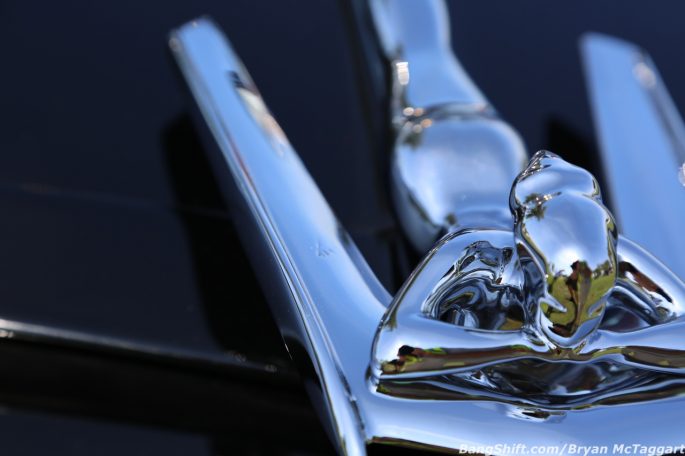 The hard parts of the car are easy enough: the Nash rides on a Chris Alston chassis and is supported at all four ends by Ridetech air suspension. An LS1 with an LS7 camshaft and Inglese fuel injection powers the bathtub, with a 700R4 handling shifting duties and a Ford 9-inch on a diagonal four-link setup spins the tires with 4.11 gears. The wheels are Billet Specialties units, 18×8 up front and 20×12 in the rear, and stopping power is supplied courtesy of Wilwood. The red leather interior is the work of Kevin Johnson and extends throughout the interior and the trunk. 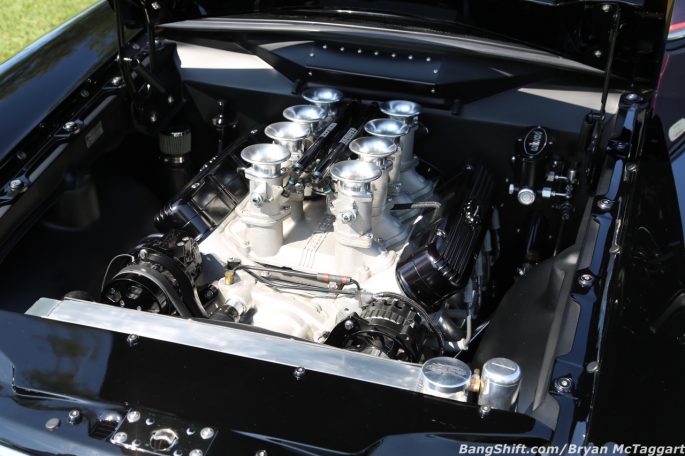 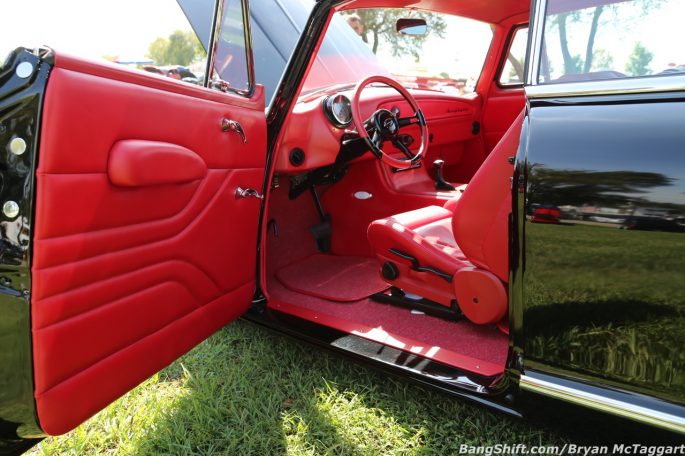 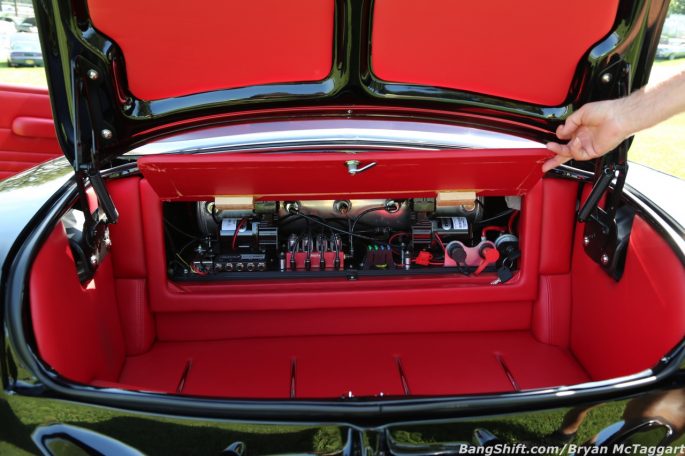 It’s one thing to bring a different body style to LS Fest that stands against the field of late-model GM cars and trucks, but the gravitational pull Dennis’s Nash had on show-goers was beyond that. People just stopped when they saw the car. Photographers were lining up to shoot the car. The craftsmanship is beautifully executed and the paint on the car is swim-in-it deep. Every year I look for one car that stands above the others on the show field for one reason or another, and I’ll admit that most years, it’s the car that is going to cause the most controversy. I’ll say this now…there shouldn’t be any real hate towards this car. It’s too well-done. It’s gorgeous, it’s subtle, and the basis of it’s origins as a Nash were kept intact. And restoring or building a Nash to this level is a bitch in the first place…would you dare take on hunting down missing trim, or the correct grille for a car like this? Few would. Few would take on such a daunting project, because few exist anymore. And we’re willing to go out on a limb and call this Nash a one-of-a-kind. 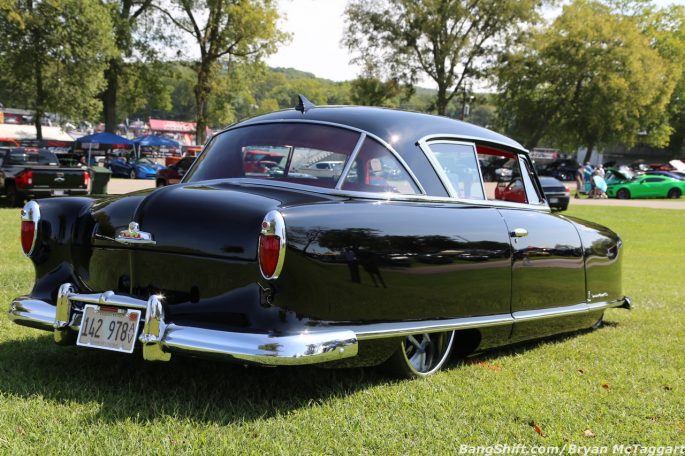 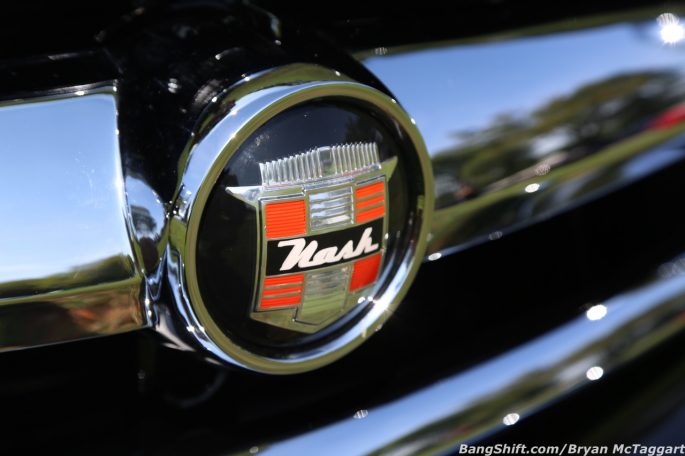 One thought on “Small But Classy: This 1953 Nash Rambler Country Club Hardtop Stole The Show At LS Fest”