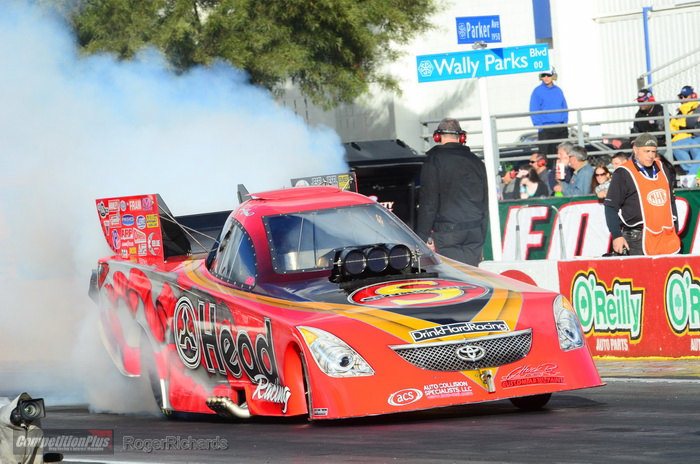 Chad Head that is. It was announced yesterday that Chad Head will be leaving Al-Anabi Racing to work at the Head family business and take over driving chores in the Head Racing Fuel Funny Car in NHRA Mello Yello competition in 2013. The Head family runs a very successful paving company that specializes in airports and military installments, and Chad will be using his extensive team management skills to become an important part of the Head business ventures.

Father Jim is super excited about having his son Chad in the seat in 2013 as well as having him in the office during the week. We happen to know Chad thanks to all the Nostalgia Funny Car racing he has been doing over the past year or so, and can tell you that he’s one hell of a focused individual. Testing in Las Vegas following the Fall NHRA National Event was very good with Chad behind the wheel of dad Jim’s Funny Car, and the entire team is looking forward to getting him more laps and hopefully a win sooner than later.

“I’m more excited about this than anything in my life,” said Jim, a veteran of more than 30 years in the sport, including in Top Fuel, Funny Car, and Top Alcohol Dragster, and a two-time U.S. Nationals champion. “I don’t feel that for the last 10 years I’ve done justice to my Funny Car racing. Driving detracts from tuning, and tuning detracts from driving. I got away with it for a lot of years before the cars became as complicated and difficult to tune as they are today. Now it’s more than I can handle. I won’t let my ego get in the way. It’s time. Now I’ll get to stand on the starting line and watch my car go down the track with a competent driver that’s also my best friend.”

“This move is based on being partners with my dad in the family business,” Chad said. “That’s 100 percent my motivation, to move from Alan Johnson to Head Inc.; racing is the bonus. To be able to be involved with my dad in the business is first, but being given the keys to the race team as well leaves me speechless.”

Jim has been the spoiler many times over the past several years, which is funny to say considering his amazing career and records. We can only guess, but we expect his focus on the tune-up and Chad’s focus behind the wheel will result in a better Head Racing Team that we’ve seen in years. And that will be fun to watch.

“We are very happy for Chad and the wonderful opportunity that has been presented to him, but we are certainly sorry to see him leave our race team,” Al-Anabi Racing team manager Alan Johnson said. “Chad was the team’s first employee, and he created the foundation for our race team to win two NHRA Mello Yello Top Fuel world championships in four years; he has filled a vital role since our team’s inception. We are proud of what we have accomplished so far, and we owe a lot of our success to Chad. I know I speak for Sheikh Khalid and everyone else on our team when I say that we wish him all the best in his new opportunity.”

So…does this mean Chad Head won’t be driving a Nostalgia Funny Car anymore? We certainly hope not, but if he does decide to step away from the seat we know a couple of Capps boys who will gladly jump right in. 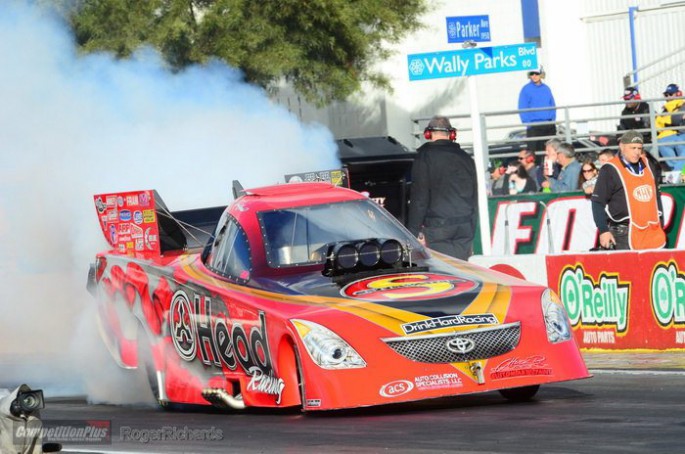 Photo Courtesy of Competition Plus and Roger Richards

2 thoughts on “Chad Gets To Drive A Big Show NHRA Fuel Funny Car!”