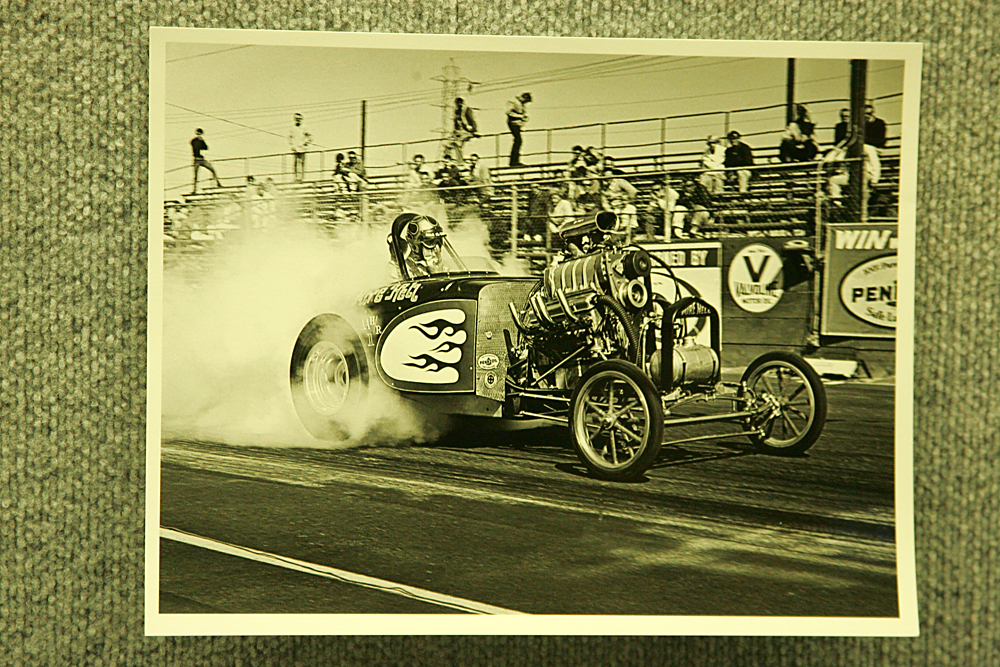 Last year the NHRA Wally Parks Motorsports Museum put on a panel discussion and event that marked the 39th year since the closing of famed Lions Dragstrip near Long Beach California. With 2012 being the 40th Anniversary, and with such a huge response the last time, it was no surprise that the Museum would step up and make this year’s event even larger. With so many stories to be told, the museum staff ended up putting together two panels of famed racers and Lions staff highlighted by Gene Adams, TV Tommy Ivo, Tom “The Mongoose” McEwen, Big Jim Dunn, and Don “The Snake” Prudhomme. It was an awesome event, and we are in love with Rick Voegelin’s slot car track. To say it’s ultra bitchin would be the understatement of the century. Check out all the photos, you are going to love them. We also grabbed a few of our favorites from the NHRA Wally Parks Motorsports Museum for you to get a taste of what you are missing by not coming to visit.

Even 2012 NHRA Funny Car Champion "Fast" Jack Beckman was there.

Chadmouth: The "Can You Believe All This Crap?" Edition Event Photos: Hundreds Of Aussie Hot Rods And Muscle Cars Invade Uraidla