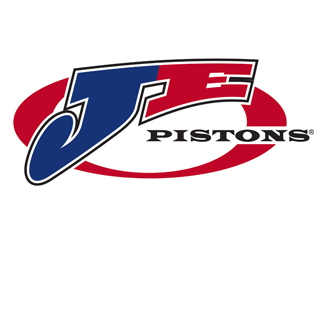 Our buddy Darr Hawthorne sent us this press release last night, confirming rumors we had heard within JE Pistons, about their increased support of Nostalgia Drag Racers. We knew it was only a matter of time since Howard Bugg, an accomplished Nostalgia Funny Car racer, joined JE Pistons in 2012. With this announcement, JE cements their commitment to supporting Nostalgia Drag Racing. What does this program mean for racers? A lot actually.

Not only will JE give $100 to any team that qualifies for an NHRA Heritage Series Points Event, or Drag Racing Online AA/FC Challenge Event in 2013. In addition, each winner will receive another $200 and the runner up another $100. What we think is one of the coolest parts of the program is the “Cinderella Team” or “Hard Luck Team” award that can be given at each event. This award is decided on by the track staff themselves.

And in addition to great awards for showing up and winning, JE is also setting a price for off the shelf JE Fuel Pistons at $69 for Team JE members. That’s a great deal and will really help out a lot of teams. The best part? The whole program is retroactive back to March 1, so the guys who ran at the March Meet can cash in now!

Read below for all the details in Darr’s press release. Again, major kudos to JE for stepping up to support Nostalgia Drag Racing.

Certificates are good toward the purchase of a set of conventional JE Fuel pistons.

As a member of “Team JE” you will be offered any conventional JE shelf fuel piston for $69.00 each.  These pistons come in four compression heights, Kool Koted and pin fit to 1.156 wrist pin.  Any additional changes would be at the winner’s expense.  Wrist pins, additional machining or non-standard changes are not included.  Should JE have a more compatible piston in their catalog, the cost would be $69.00 plus any machining changes.  Team JE Certificates are for JE Pistons only and cannot otherwise be combined.

To participate you must sign the sponsorship form and run the JE contingency decals at the event.  This program is retroactive back to March 1, 2013 and includes the recently completed March Meet, if a team meets the requirements.

For more information and forms contact Howard Bugg at JE Pistons (714) 898-9763 or [email protected] – forms and decals will be sent out within 24 hours.