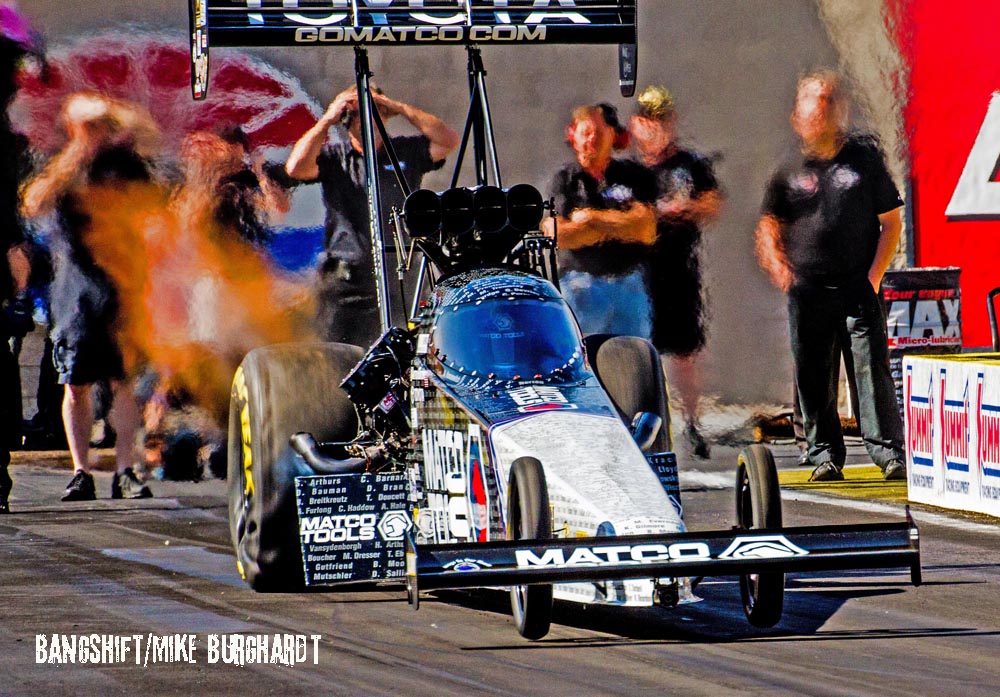 Along the way, he picked up his 50th career victory, winning seven times and advancing to 10 final rounds in the loaded Top Fuel class. But Brown has a litany of reasons while he and his team won’t stand pat, starting with the chance to repeat as a world champion in his 10,000-horsepower Matco Tools dragster.
Beyond that, Brown knows that resting on his success from a year ago will only open the door for the host of talented standouts in Top Fuel. That is motivation enough for Brown and his team to come out ready at the tradition-rich 56th annual Circle K NHRA Winternationals, Feb. 11-14 at historic Auto Club Raceway at Pomona.

“The formula hasn’t changed but to repeat we have to evolve and get even better,” said Brown, who ended 2015 with 54 career victories. “Everybody else in the class has made adjustments to improve and that’s what we’re striving to do. We have to be just as efficient but even quicker. In this age, you have to be the quickest and most efficient. That’s where the level is at in this class.

“We just have to keep on pushing to try and make more history. It takes a whole team to have that strong competitive drive and that’s what makes our team so special. Each team member keeps everyone in check and that’s what it takes to be successful.” 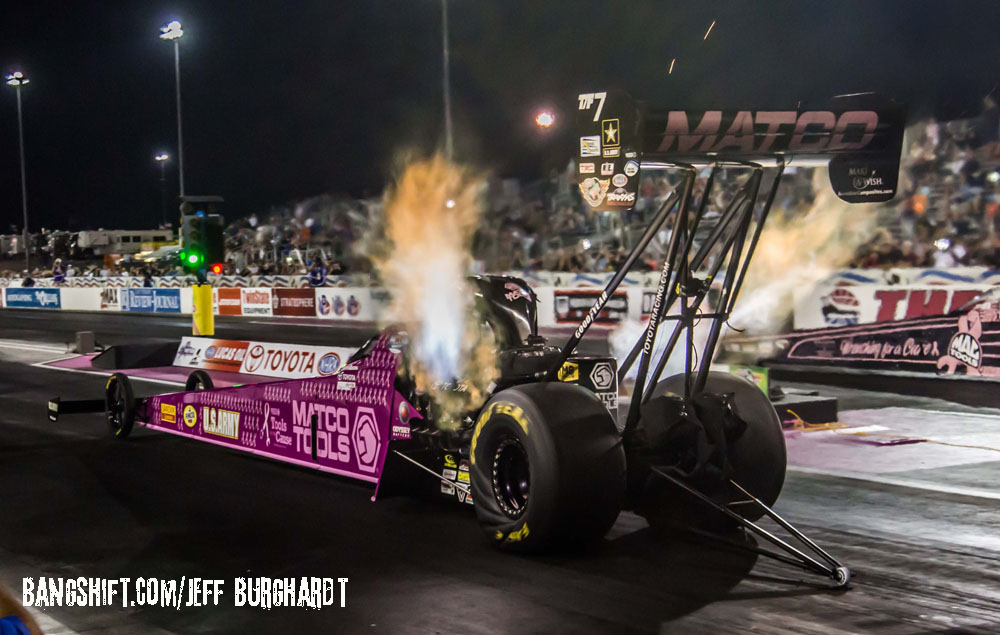 Shawn Langdon (Top Fuel), Matt Hagan (Funny Car) and Jason Line (Pro Stock) were last year’s winners of the race that will be televised nationally on Fox Sports 1 (FS1), including live coverage of Sunday’s finals at 5 p.m. (ET). The revered event kicks off an exciting new era in the NHRA, and is the first of 24 races in the 2016 season.

Brown started his memorable 2015 campaign with a runner-up finish at the Winternationals, finishing it off with a second final round appearance in Pomona to close out his banner year. In between, Brown, who has three career victories at Auto Club Raceway at Pomona, demonstrated an impressive ability to perform at the highest level when the situation called for it.

He won four races during the regular season and then kicked off the Mello Yello Countdown to the Championship with an unbelievable performance, winning 14 straight rounds and the first three races of the playoffs. Brown, whose 38 career Top Fuel wins are fifth all-time and just one behind Kenny Bernstein, lauded the work of a team who meshed at an incredibly high level, something he hopes repeats in 2016 even as a couple pieces have changed.

“When you assemble all the same people together who share that same passion, that’s when you can make unbelievable things a reality,” Brown said. “I think as a team we’re ready to defend this title. We have a little building to do but that will come in time. It’s important to get back on that same jell level. 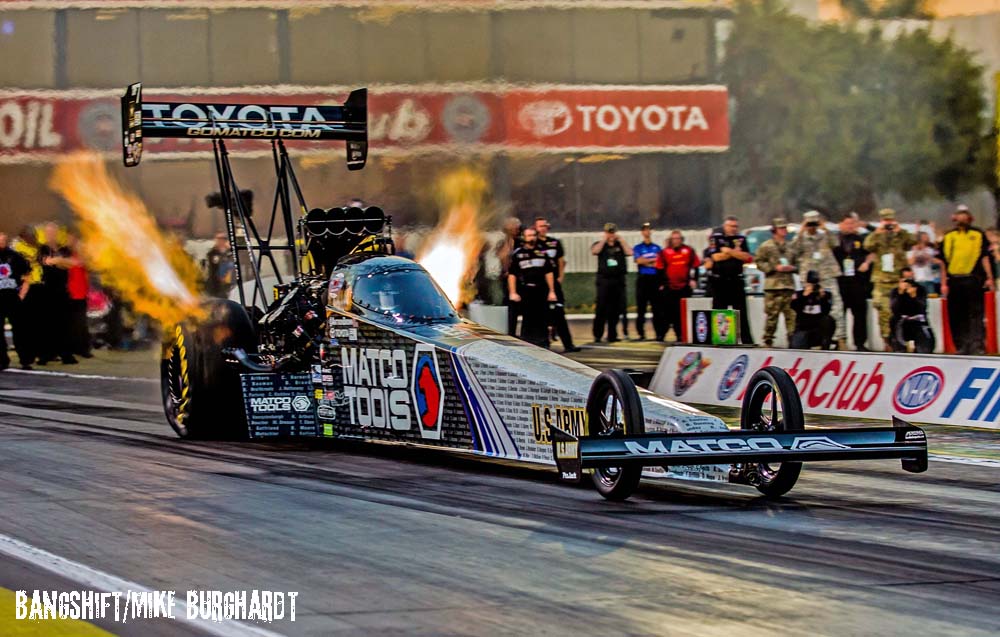 “To see how we grew last year, it was very exciting. (Crew chiefs) Brian (Corradi) and Mark (Oswald) were planning to peak at the right time and we just kept getting better and better. We grew throughout the whole year and capitalized on that when we got to the Countdown. To win seven races and as many rounds as we did with the competition level in this class, it was just phenomenal.”

But the competition only pushes Brown to strive to be better, something he hopes is evident in Pomona to kick off the season.

“It’s always extra exciting to start the season because you have so much time off,” Brown said. “You want to see all the work in the off-season come to fruition and hopefully we are ready to go out there and pick up where we left off. With all the buzz from the fans on social media that I’ve seen, people are ready to go back out to the races.”

Coming out a step ahead in Pomona is the ultimate goal for Brown and his team, but racing at the historic facility twice a year is also something Brown still treasures.

“It’s always great going back to Pomona because it’s a historic place for our sport,” Brown said. “Plus we know that we can throw down there and go and run for records.” 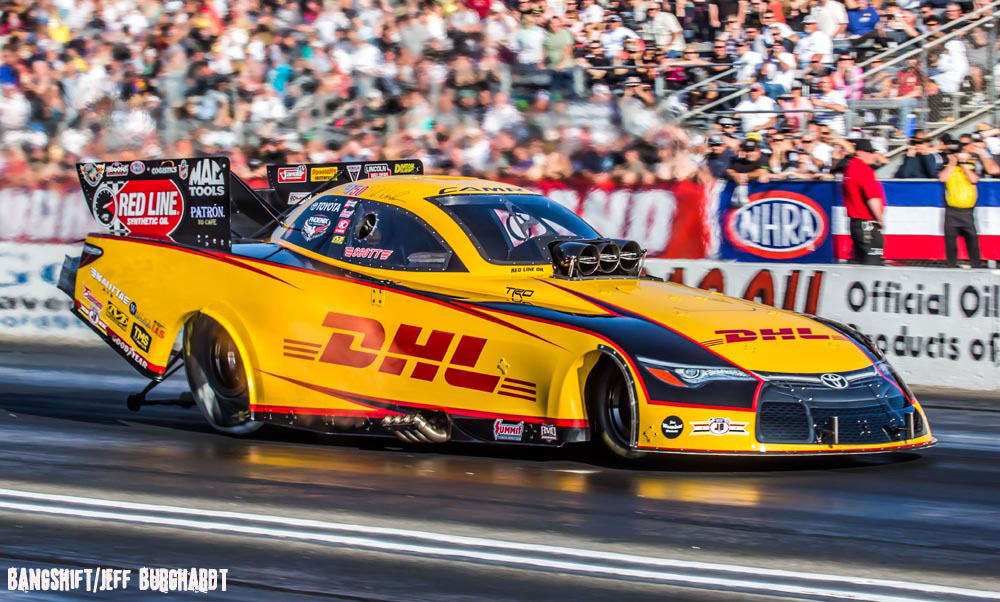 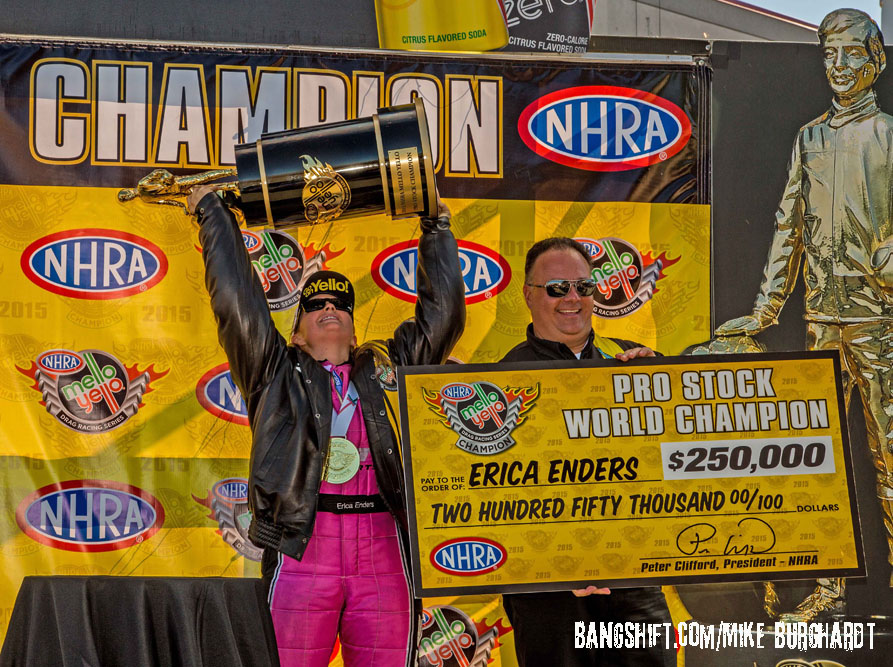 As always, fans will have the opportunity to interact with their favorite drivers as they’re granted an exclusive pit pass to the most powerful and sensory-filled motorsports attraction on the planet. This unique opportunity in motorsports gives fans direct access to the teams, allowing them to see firsthand the highly-skilled mechanics service their hot rods between rounds, and get autographs from their favorite NHRA drivers.

The event also will feature thrilling competition in the NHRA Lucas Oil Drag Racing Series.
Mello Yello Drag Racing Series qualifying will feature two rounds at 12:30 and 3:30 p.m. on Friday, Feb. 12 and the final two rounds of qualifying on Saturday, Feb. 13, also at 12:30 and 3:30 p.m. Final eliminations are scheduled for 11 a.m. on Sunday, Feb. 14.
To purchase general-admission or reserved seats, call (800) 884-NHRA (6472) or visit NHRA Tickets