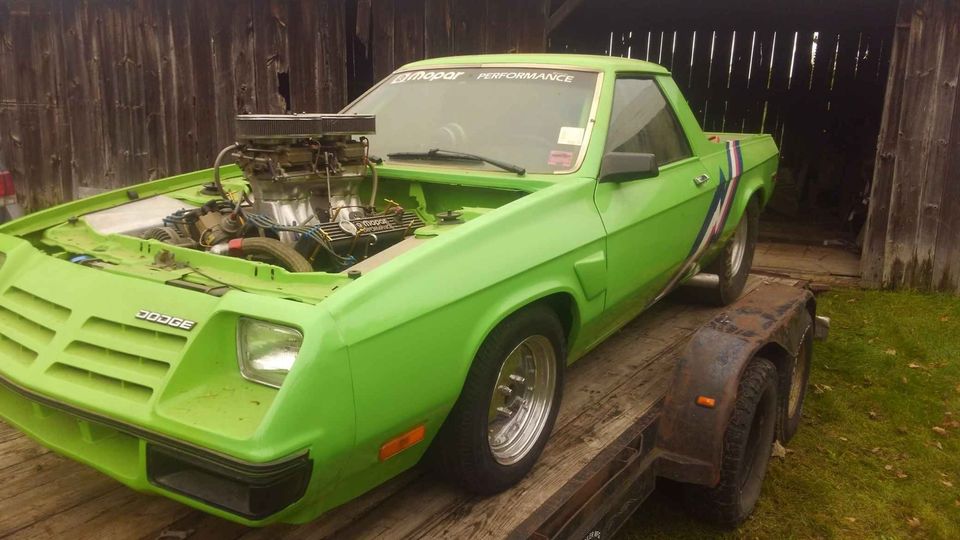 Time to bend the rules on my Rough Start kick once again. Since it’s been a while, let’s review: the standard platform is a $5,000 total investment that ends with the purchaser owning a running, driving machine that has performance and some cool factor to it. Usually. But sometimes, there are reasons to adjust the rules…maybe we found something just a hair out of reach, or something that is too good to pass up considering what you’re getting, and that last point is what I’m going for today. Eight bills are going to fly away, but the return has potential to be one of the wildest choices one could make. 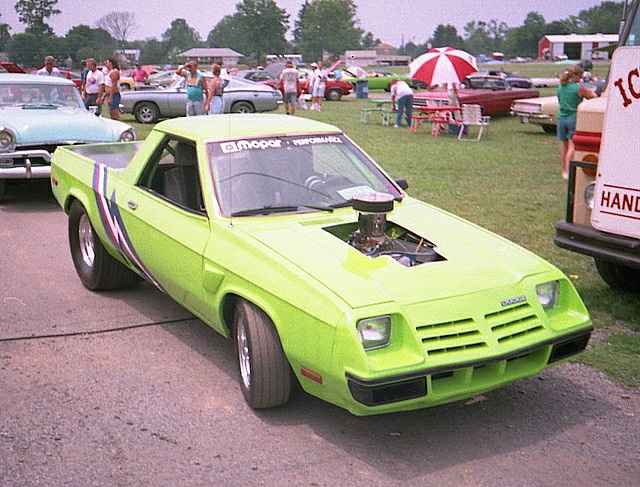 In the late 1970s, Chrysler was in a bad way. Four big hits in a row saved their ass: the 1975 Cordoba bought them some time. Getting Lee Iacocca and Hal Sperlich from Ford was the third, and the K-car was the fourth. The L-body was the real big boost that Chrysler desperately needed. A Chrysler Europe project that came to fruition before that section of the business was sold to PSA Peugeot Citroën in 1979, the Dodge Omni and Plymouth Horizon were key in the Iacocca’s bid to secure government loan guarantees in 1979. By 1982, with things on the mend for the company, the L-chassis was stretched out to 104.2 inches and converted into a ute layout. Dodge got the Rampage, and Plymouth got their Scamp twin. Neither were really popular…the Rampage lasted from 1982-84 and the Scamp was a 1983-only showing. They were legitimate half-ton trucks, but with less than a hundred horsepower to move itself around, “sprightly” isn’t quite the right word.

That’s where our latest Marketplace find comes in. We weren’t looking for a Sublime Green, 440-powered Rampage, but we aren’t going to look away when we do.

From the ad: “1982 dodge rampage with built 440 reported but not verified 600 hp Drag car toy. Used to be owned by Jim Moore who I believe built it. It’s been in many local car shows and you have probably seen it around. I have never driven the car other than to load it on a trailer. Price is fair for just the motor with no car thrown in. No trades cash only. No test drives, you can hear it run. These can get wrecked or blown up by someone hotdogging on it.. it also has the hood, it is just not on it in the pictures… I will take it down when it’s sold or if I take off for the weekend again. Last picture is one with the hood on. Was taken when it only had one carb, it needs hogged out to fit the larger carb in the hood. Runs on 110 octane. No one has even asked to come and look at this yet. Many comments and questions but no serious buyer with funds available had inquired in it yet… I am not sure why Facebook listed it as sold.” 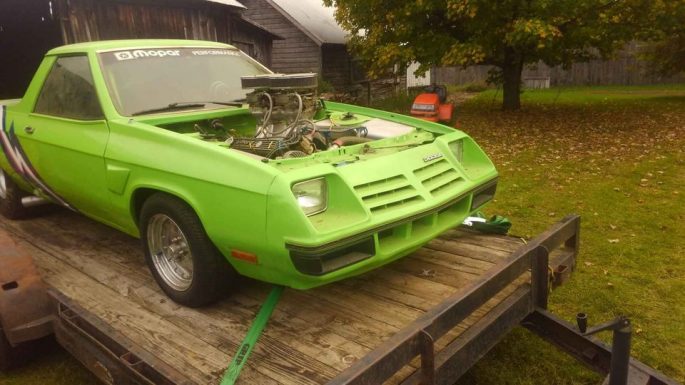