This Barn Find 1965 Gasser Corvette Is Awesome, Regardless Of What Other Magazines Say! 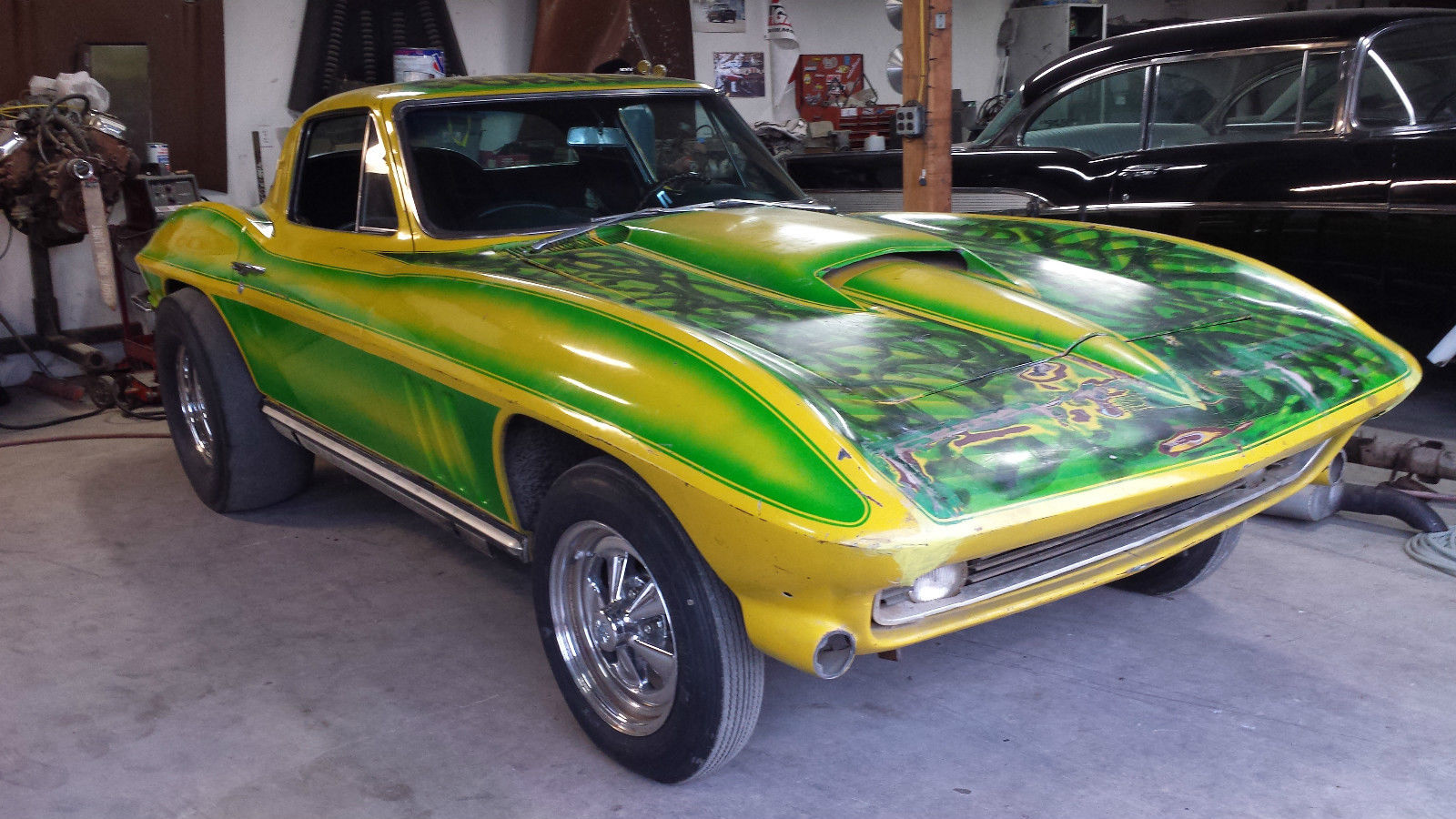 When one of our readers sent us a story on this eBay find 1965 Corvette Gasser style street machine, where the author bashed this bitchin ride because of it’s gasser vibe and killer paint, we were blown away by the fact that said author claimed this Corvette wasn’t worth anything in it’s current state and would need to be restored to factory condition in order to be worth owning. What? Really? Who is this jerk? Based on the bidding going on for this car I would say the public doesn’t agree. In fact he actually referred to it as “molested”. Wow.

He tries to cover himself by saying that if it was painted, and signed, by Von Dutch then it might be worth something. Again, WTF? Has this car seen better days? Sure. But is’ awesome! And apparently Traditional Rod and Kulture Magazine agrees since they just put it on their cover. They clearly have some taste.

The car is a real deal 1965 Corvette with the numbers matching 365 horsepower 327. The intake and carbs have been changed, but otherwise the drivetrain is as delivered. If we bought this thing we would pull the original engine and stick it on a shelf. Then we’d throw a period correct high winding 396 in it with a tunnel ram and dual Holleys, a Lakewood scattershield, McLeod clutch, and a Vertigate shifter, with a ton of rear gear in it. When the thing was running bitchin we would take it over to our buddy Brad King or Mike Dusold and have the paint touched up just enough to make it cool and then drive the ever loving snot out of it.

What would you do with it?

(Photos by Owner and Traditional Rod and Kulture Magazine) 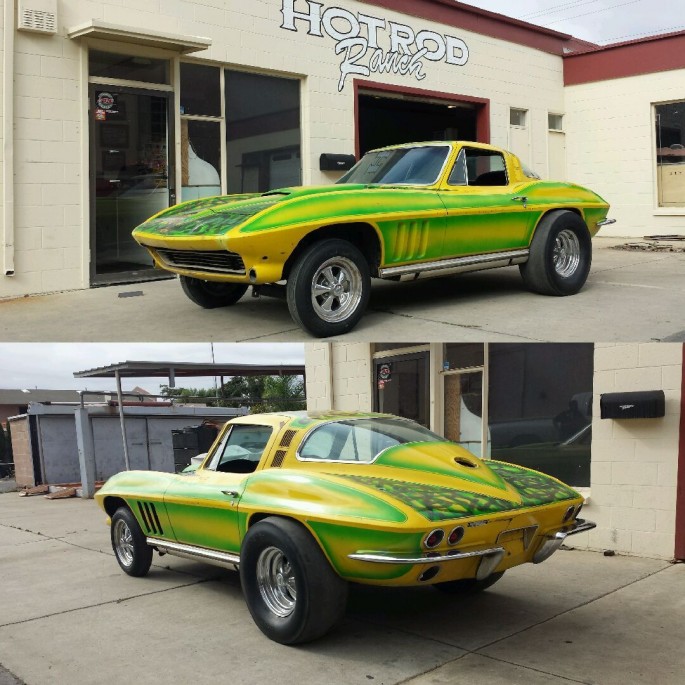 Here is all the info from the seller. CLICK HERE TO VISIT THE ORIGINAL AD AND BID

Up for sale is this 1965 corvette true survivor! Early 70’s street racer. It was one of the first handful of corvettes sold by T.Michaelis Motor Sales in Napoleon Ohio before they became ProTeamCorvette. It still has the original dealer sticker on the tail light panel. Parked since 1981. Same owner from 1974 to 2013. Always garaged. 82k original miles. Numbers matching 327 365hp 4speed. Original intake and carb was replaced with a 1955 or 56 corvette dual quad setup. Currently not running but engine turns over. Headlights were molded in sometime in the early 70’s. Interior is in good shape. Factory power windows and telescoping steering column. Great car with lots of character! Was recently photographed for a feature and the cover of Traditional Rod and Kulture magazine. Car is for sale locally and reserve the right to end auction early if needed. Clear CA title. Will help with shipping if needed. Please call or email for more information and pictures. (805)757-1765.  Good Luck!!! 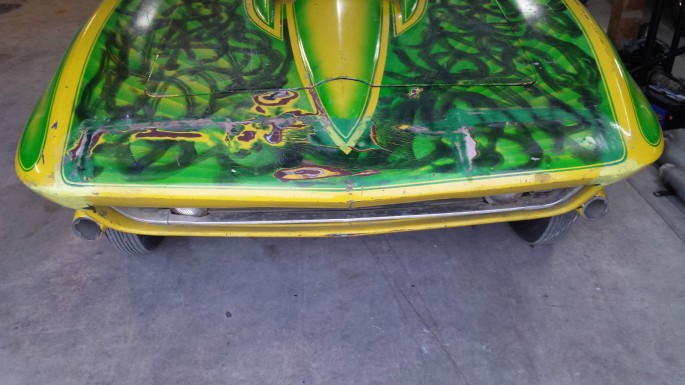 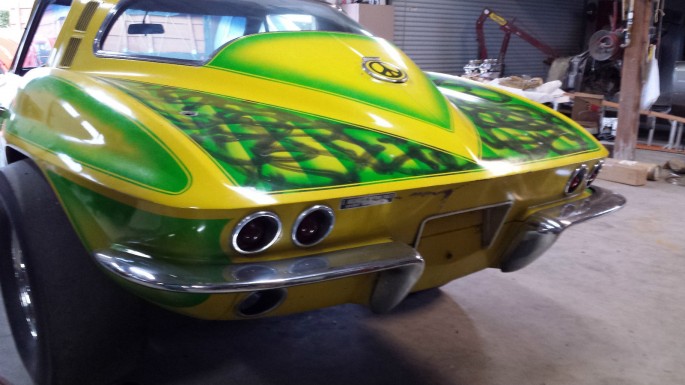 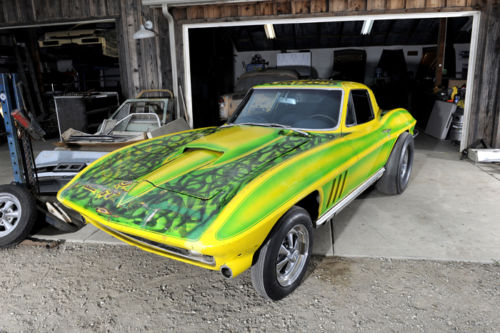 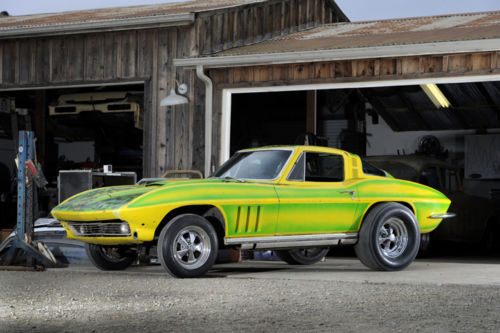 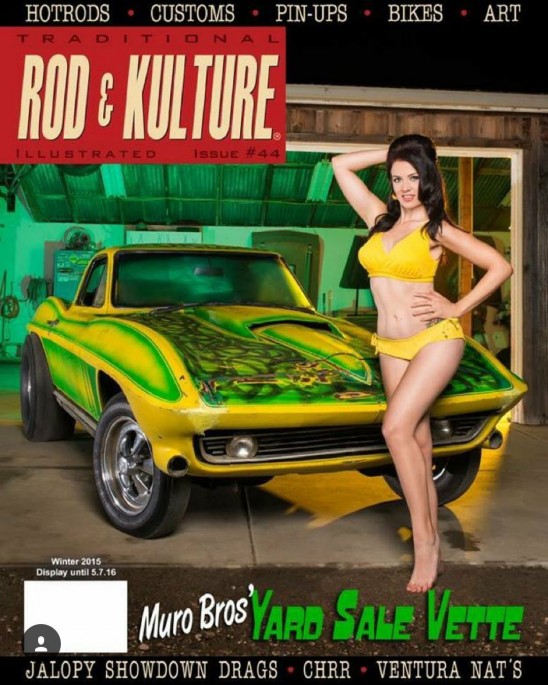 Wile E. Coyote Has Quit Screwing Around: The ACME Twin-Turbo Camaro From Australia, Good For 7-sec Quarters! Check Out The Dusold Designs Guys Flaming A Chevy Pickup! Tons Of Work But Bitchin!

30 thoughts on “This Barn Find 1965 Gasser Corvette Is Awesome, Regardless Of What Other Magazines Say!”